‘I still can’t believe that we are a Championship club’: Manager Gareth Ainsworth in state of shock after Wycombe reach second tier for the first time ever after edging out Oxford Utd in League One play-off final

Wycombe manager Gareth Ainsworth paid tribute to his players after they secured promotion to the Sky Bet Championship after edging Monday night’s League One play-off final 2-1 against Oxford.

A deflected Anthony Stewart header gave Wanderers an early lead at Wembley, but Oxford fought back in the second half, with Mark Sykes’ looping cross-shot levelling the score.

Wycombe retook the lead from the penalty spot in the 79th minute after U’s goalkeeper Simon Eastwood brought down Fred Onyedinma and Joe Jacobson stepped up to seal their promotion to the second tier for the first time in their 133-year history. 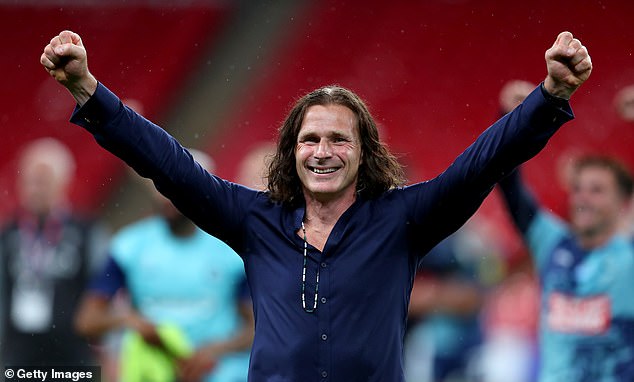 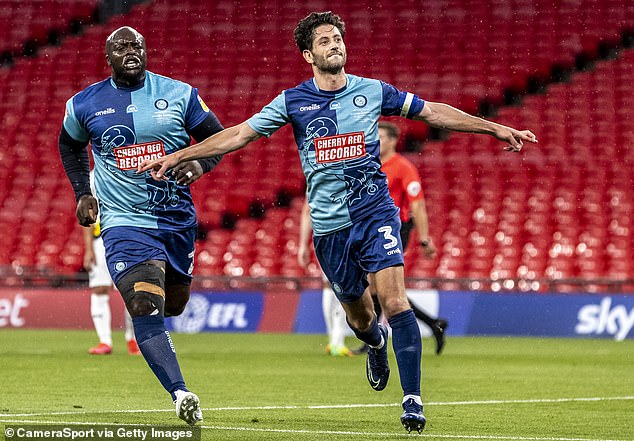 Ainsworth – drenched in champagne after joyous celebrations with his players – told Sky Sports: ‘That was just amazing, you know.

‘We can’t afford the best footballing players, but heart and determination and that was a Wycombe performance.

‘I’m so, so proud of the boys. They just ground it out, I can’t believe it. I still can’t believe that we are a Championship club.’

The Chairboys, tipped for relegation at the start of the season, defied the odds to qualify for the play-offs, having been raised from eighth position in the table when the season came to a premature close to third on points-per-game.

Ainsworth suffered penalty shoot-out heartbreak with Wanderers on his previous visit to Wembley, in the League Two play-off final in 2015, but was able to create history this time following a cagey game. 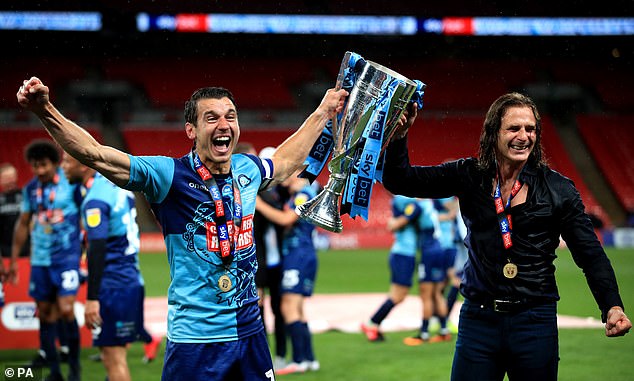 He said: ‘Rochdale and Accrington were down there with us, but we were right down there budget-wise. I had nine players on the first day of pre-season and two of them were trialists.’

Former Wimbledon player Ainsworth added: ‘There was only ever one Crazy Gang. We’ll come up with a name for ourselves. At the moment I don’t know what that is.

‘All I can tell you is we are a Championship club and I’m over the moon.’

The U’s pushed forward in search of a second equaliser in the last 10 minutes, but Wycombe held firm to clinch promotion to the Championship.

Jacobson, whose second-half penalty sent Wycombe to the second tier for the first time said it was ‘ridiculous’ what his side had achieved. 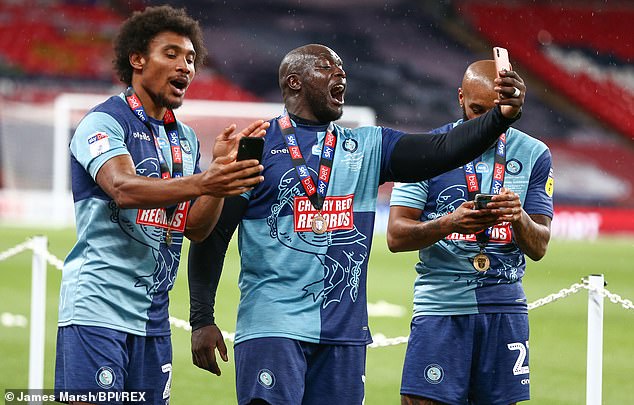 ‘Where we’ve got to now is ridiculous. It’s stupid what we’ve done today. But that’s us, that’s Wycombe to a ‘T’. We can score goals and do well in set-pieces, we can defend well as a team.

‘We’ve got strikers and wingers who are unbelievable going forward, but happy to run back 50 yards to get a tackle in. That sums us up.’

Watkins says watching Michael Jordan on Last Dance made him 'hungry'
Man City ruling: Gary Neville says Financial Fair Play ‘needed this slap around the face’
Best News
Recent Posts
This website uses cookies to improve your user experience and to provide you with advertisements that are relevant to your interests. By continuing to browse the site you are agreeing to our use of cookies.Ok