Arsenal youngster Reiss Nelson has been praised for his maturity in front of goal as he grabbed the Gunners’ winner against Liverpool on Wednesday night. Alan Shearer and Steve McManaman were both full of praise for the midfielder for different reasons after the 2-1 win.

The young midfielder, who was making his seventh start of the season, was played the ball in the middle of the area after Becker failed to clear his lines.

The Liverpool goalkeeper played a pass towards Andy Robertson, but the ball went straight to Alexandre Lacazette, who rolled the ball into Nelson’s path.

The 20-year-old winger collected the ball with his weaker left foot before slotting past Becker with his right. 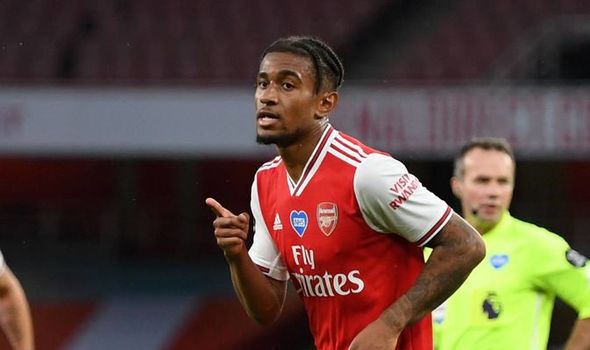 And Shearer explained on Premier League Productions that he was impressed with the way he took his goal – which was his first in the Premier League.

The Premier League’s all-time record goalscorer was surprised by the way Nelson tucked away the goal without panicking on the ball.

“I was really impressed, there was no panic at all for someone from so young,” Shearer said.

“He won’t have been in that position many times, but he doesn’t panic.

“He takes the touch with the left foot and sticks it away with the right.

“He’s under pressure, he hasn’t really got that much time to think about it, which probably helped him.”

McManaman, however, highlighted the way Nelson sprinted backwards after closing down Becker in order to keep himself onside.

“What I liked was how he kept himself onside,” he added. 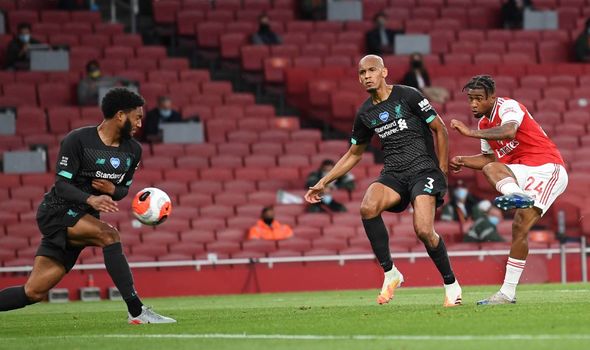 “If you look, he runs backwards to make sure he’s available.

“It’s not the case that the goalie’s made a mistake and I’ll just sit back and watch.

“His first instinct is to get back, get onside and get the pass.

“When it came to him, his first touch was beautiful and he just slotted it into the net. Really nice goal for someone so inexperienced.”

What channel is Crystal Palace vs Man Utd on? TV, live stream info for Premier League game
Chelsea boss Frank Lampard urged to make two signings to solve ‘huge concerns’
Best News
Recent Posts
This website uses cookies to improve your user experience and to provide you with advertisements that are relevant to your interests. By continuing to browse the site you are agreeing to our use of cookies.Ok