It is fair to say that Amazon’s All or Nothing series on Tottenham’s 2019-20 season was the most anticipated football documentary in recent memory.

The success of Netflix’s Sunderland ‘Til I Die far outweighed the wait for its arrival, but with anticipation comes expectation and from the get-go Amazon had a lot to try and get right with Spurs.

Mauricio Pochettino’s sacking, the arrival of Jose Mourinho, the exit of Christian Eriksen and explosive rows between Hugo Lloris and Son Heung-min and Eric Dier and a Spurs fan were all dramas we couldn’t wait to see played out. On the whole, Amazon did it well, but there are holes in All or Nothing and plenty of questions left unanswered. 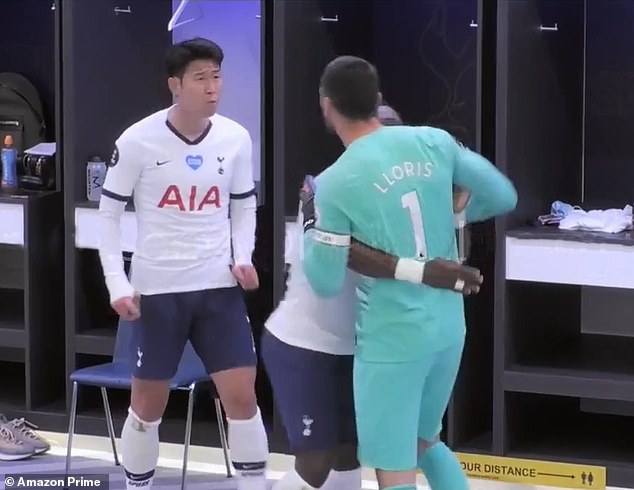 Among those questions are: what did Pochettino really think of his sacking and during the build-up to it? Why did Eriksen really leave? What footage of Tanguy Ndombele’s disastrous debut season are we not seeing?

When analysing the success of All or Nothing we must also ask ourselves: what did it tell us that we didn’t know already? The answer to that is probably not a huge amount, though Danny Rose’s explosive meeting with Mourinho and dressing-room rows between Dier and Dele Alli and Lloris and Son were exclusive highlights.

There is always the feeling, with Mourinho and chairman Daniel Levy never far from camera, that the whole production was guided and approved by Tottenham. The message is clear throughout: Mourinho is the man to lead us forward, let’s look to the future and stay positive.

However cynical you are though, there is no denying Mourinho’s charisma, which comes to the fore even more in a fly-on-the-wall documentary. We get to see how genuinely funny the man is away from the pressure of a matchday – and learn that he swears an awful f****** lot. 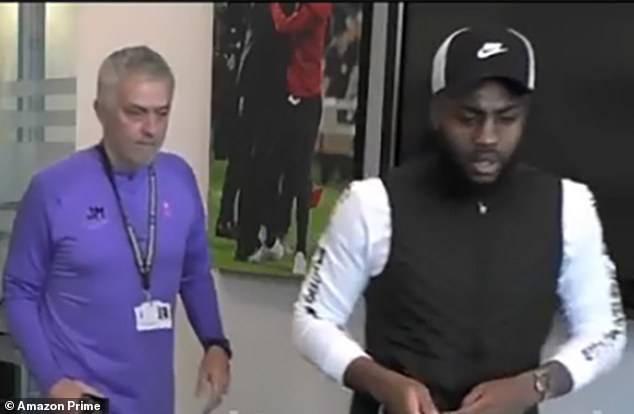 Levy, on the other hand, is an awkward on-camera presence, best evidenced by his meeting with Ndombele through a translator in the final episode, when he compares the French midfielder’s struggle to adapt to a new country and club to his own triumph through adversity in obtaining decent A-level results. David Brent, eat your heart out.

Rose, to his credit, is the straightest talker we see all series with Lloris not far behind. The Spurs captain’s leadership skills really come to the fore, while vice-captain Harry Kane is shown to be even more shy and unassuming than we are always told he is. Alli is mischievous bordering on the petulant at times while Dier is just the sort of passionate character Mourinho loves in his dressing rooms.

Pochettino had clearly instilled a family feeling at Spurs, with the farewell presentations for Jan Vertonghen and Michel Vorm at the end of the series showing a more human side of footballers we rarely get to see.

The real story of Spurs’ season was the divorce at the head of that family, with five years of unprecedented success in the Premier League era under Pochettino coming to an end. The reverberations of that were, and still are, being felt around the club but it was not given the coverage that it deserved.

It would be harsh to blame Amazon for that though, as Spurs and Mourinho in particular are understandably trying to push forward and focus on the future. There is no time to dwell in football.

We did witness a more aggressive, more Mourinho-like Spurs towards the end of the season, particularly post-lockdown. His demand that his players become more like Pep Guardiola’s ‘f****** c****’ at Manchester City is slowly filtering through, though you suspect many of them enjoyed being nice guys under Pochettino.

All or Nothing did have a stop-start feel to it, which was arguably inevitable when the season contained a lockdown-enforced three-month break, though perhaps delving a little deeper with player interviews and a loosening of the grip from the club may have seen them fill in the gaps between dramatic scenes a bit better. Episodes four, six and eight were particularly disappointing.

For any football fan though, and particularly Spurs fans, All or Nothing is well worth a watch. The verdict? Somewhere between all and nothing.

All or Nothing: Tottenham Hotspur is now available on Amazon Prime Video

Chris Smalling: Manchester United defender training away from first team ahead of potential Roma transfer
Nuno Espirito Santo close to agreeing new three-year deal at Wolves
Best News
Recent Posts
This website uses cookies to improve your user experience and to provide you with advertisements that are relevant to your interests. By continuing to browse the site you are agreeing to our use of cookies.Ok