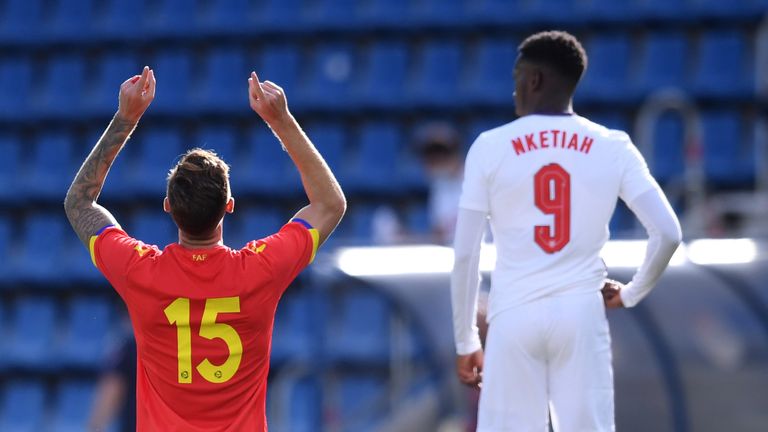 Andorra, who have won only two games in the past decade, took a shock first-half lead when Ricard Betriu’s effort beat Aaron Ramsdale, before Tom Davies levelled on the stroke of half-time with a fine strike from 20 yards.

After Josh Dasilva marked his first start for the U21s with a goal midway through the second period (69), it appeared Aidy Boothroyd’s side may have found their way past the potential banana skin, but Betriu doubled his tally seven minutes later.

Substitute Eddie Nketiah put the visitors back in front eight minutes from time after a lovely one-two with Eberechi Eze to net his 13th U21 goal, equalling Alan Shearer and Francis Jeffers’ record, but there was still time for Garcia to net a surprise equaliser on the break in added time, sparking wild celebrations among the home players.

Group Three table-toppers England, victorious in each of their previous six games in the pool, now require three more points from their final three matches to seal qualification – their next fixture is against Turkey at Molineux on Tuesday. 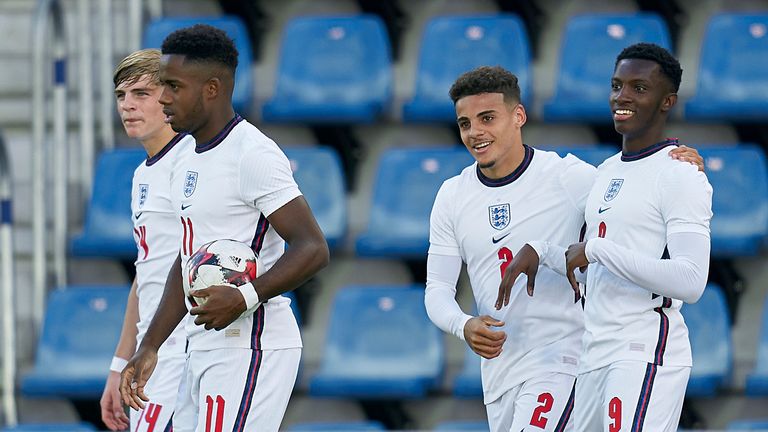 The team made a slow start, and then had just been applying some pressure when they fell behind shortly before the half-hour mark.

Davies was booked for a foul as he attempted to make the most of a delivery into the Andorran box, and moments later the ball had switched to the other end and was fired by Fernandez past Ramsdale.

As England looked to reply, Sam Surridge sent a header wide before Davies drew things level in first-half stoppage time, striking from just outside the box having received the ball from Dasilva.

Jones had a low shot gathered by Andorra goalkeeper Iker Alvarez early in the second half, and subsequent attempts by Eberechi Eze and Surridge were off target and saved respectively. 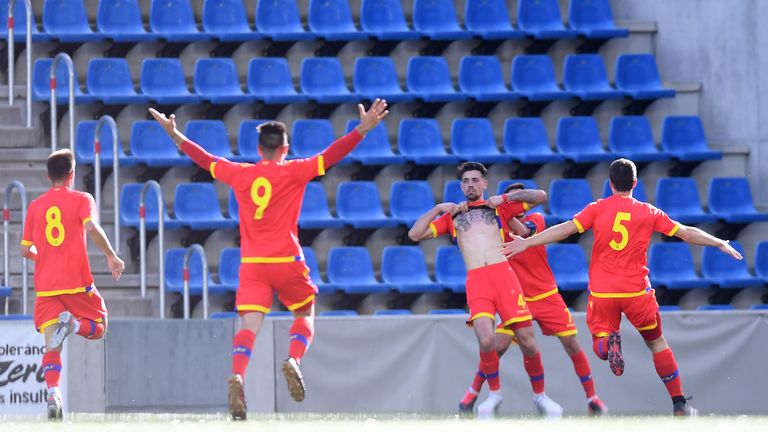 A Dasilva finish then gave England the lead following good work from Jones on the right.

Andorra hit back through Fernandez, who followed up when Alex Martinez’s header hit the bar, before Nketiah, on for Surridge, was fed by Eze and tucked the ball past Iker.

It appeared a seventh win was in the bag for Boothroyd’s side but Garcia then beat Ramsdale with a lofted effort in the dying moments of the game.

What Mikel Arteta told Emiliano Martinez to make goalkeeper leave Arsenal for Aston Villa
Steven Davis: Breaking Pat Jennings' Northern Ireland record 'massive milestone'
Best News
Recent Posts
This website uses cookies to improve your user experience and to provide you with advertisements that are relevant to your interests. By continuing to browse the site you are agreeing to our use of cookies.Ok