Remember those days when Arsenal used to roll up at Anfield and ceremonially roll over?

Liverpool’s players will have been longing for that era in the opening minutes, pre-Mikel Arteta, when goals were guaranteed – gifted to them by hologram defending – and they could pick their opponents off at will, with ease.

The champions of England ultimately did what they do, comprehensively winning at Anfield to extend their unbeaten streak at the ground to 61 games.

But it was different, it was taxing and it required them to be utterly relentless in and out of possession, smothering the visitors with the press and swarming them with offensive strikes. Not that the Merseysiders ever mind that.

Arteta’s gameplan had worked a treat in the early stages. His men allowed Liverpool possession – possibly more than the manager would have liked – and made them toil for an opener.

Trent Alexander-Arnold and Andy Roberson delivered posers for the opposition from either flank, while Roberto Firmino, Mohamed Salah and Sadio Mane carved pretty patterns and opportunities.

But, a mistake and magically, Arsenal were ahead with their only shot of any kind in the game on 25 minutes.

It was also their first threatening counter-attack after breaking Liverpool’s press with Alexandre Lacazette supplying Ainsley Maitland-Niles on the left.

He didn’t apply the best cross, but Robertson made the worst clearance, shanking the ball straight to Lacazette.

The striker turned and also mishit his effort, but the volley bounced over Alisson.

Arsenal barely had time to enjoy their fortune, before Liverpool played like the best team in the league and stung them twice. 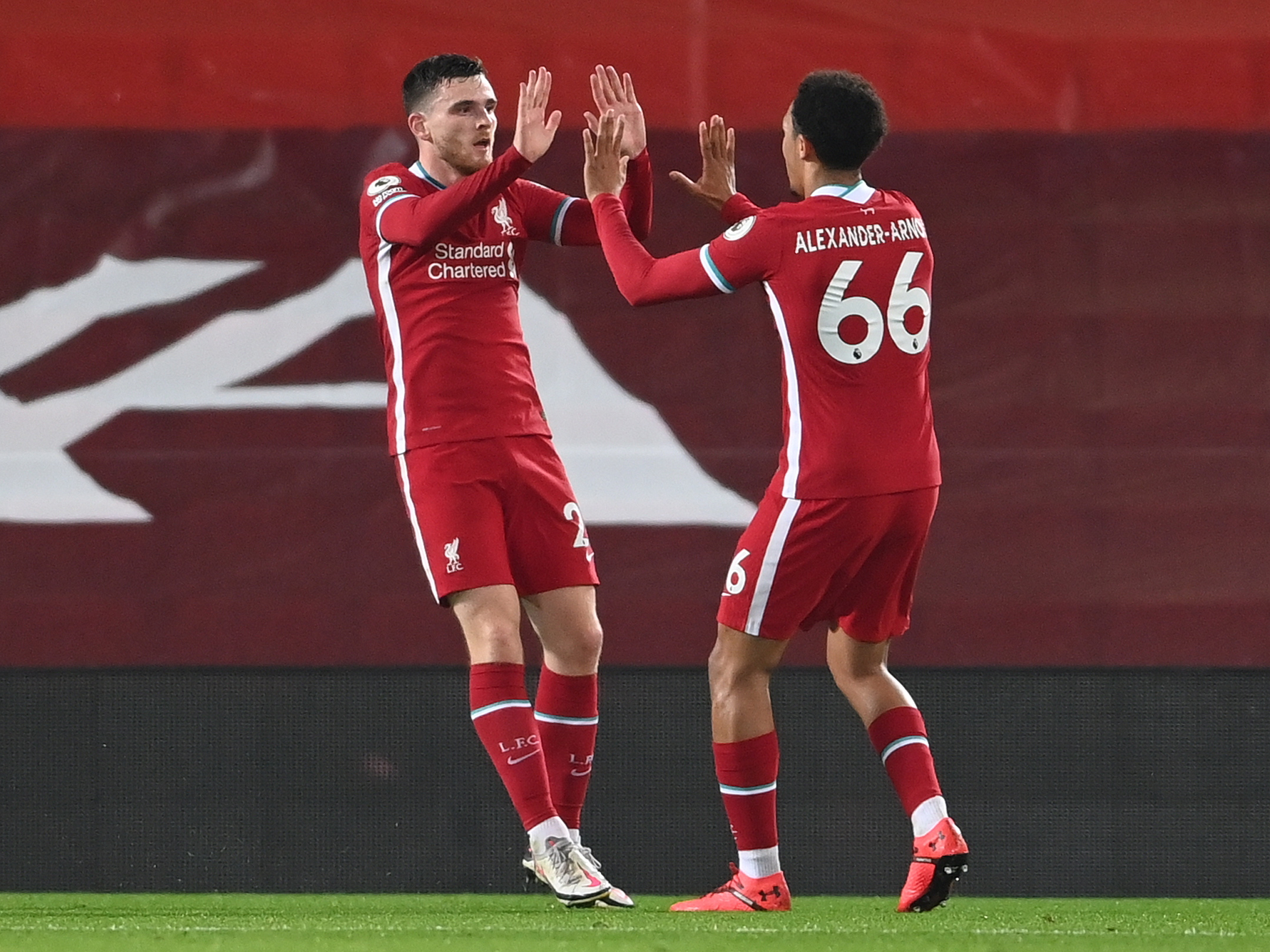 Six minutes later, another dangerous Alexander-Arnold cross skidded off the head of Hector Bellerin to Robertson, who chested it and poked past Leno. The left-back had atoned for his error and Liverpool were turning all the screws.

“You have to suffer for periods,” Arteta had warned pre-match and this was Arsenal’s torment in motion. Liverpool pressed and probed, pressing some more and probing some more. The total shot count in the first half read 11-1, with the Gunners having just 31% possession.

They were not badly bruised on the scoreboard though and that provided encouragement in the second half. Alisson denied Lacazette in a one-on-one, but the forward was flagged offside.

The goalkeeper, who passed a late fitness check to feature, then thwarted the Frenchman again, coming out quickly to narrow the angle and standing tall to block the shot after Dani Ceballos cleverly played in Lacazette.

Late on, substitute Diogo Jota opened his account for Liverpool on his top-flight debut after Luiz headed Alexander-Arnold’s cross in his direction. The Portugal international controlled with his chest and volleyed into the corner.

Arteta predicted Liverpool “are able to constrain the opponent to do very little against them and they can dominate long periods of games.” The Basque’s assertion was correct, but his Arsenal have been a different proposition.

The champions, meanwhile, are the same machine that are quite hard to live with.

“It’s still really early in the season, but this kind of performance is just ‘wow,'” Klopp said.

Liverpool have picked up nine points from nine after hosting Leeds and Arsenal, which was sandwiched by a trip to Chelsea. The question of whether they can sustain their desire after ending a 30-year title drought has so far been answered in the affirmative.

West Ham co-owner David Gold attempting to sell oldest FA Cup trophy
Jurgen Klopp provides Thiago update as Liverpool signing misses Arsenal win
Best News
Recent Posts
This website uses cookies to improve your user experience and to provide you with advertisements that are relevant to your interests. By continuing to browse the site you are agreeing to our use of cookies.Ok