Your team are in the ascendancy. You feel the pressure building, the opposition is in retreat, sharing nervous glances as they search for a way out.

If you were in the stadium, you would be out of your seat by now, with that knot in your stomach knowing that something soon has to give.

A swarm of shirts buzzing around the penalty area. Another hacked clearance and the ball creeps out for a throw-in. It’s coming. 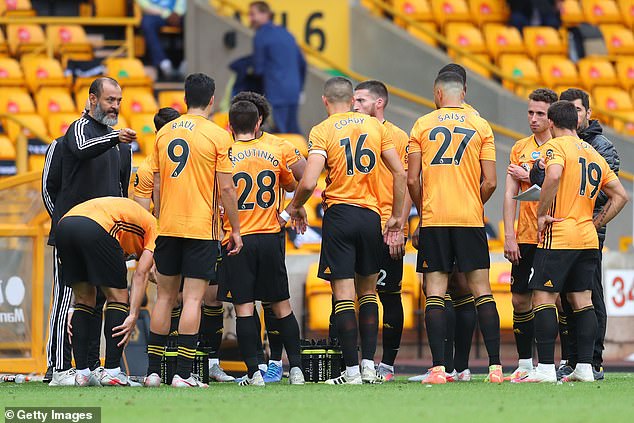 Then the referee blows. Everyone stops. That’s it, time for a break. Out come the drinks.

Football has had to make plenty of drastic changes to be able to return in the midst of the coronavirus pandemic. No fans, no handshakes, five substitutes — and two drinks breaks. As close to halfway through each half as possible and with the ball in a neutral area, the referee will call a halt to proceedings for everyone to refresh.

Or, as Jose Mourinho calls such stoppages, ‘tactical breaks’. ‘If anyone says it’s just a drinks break we all know it’s not true,’ said the perpetually cynical Spurs manager. 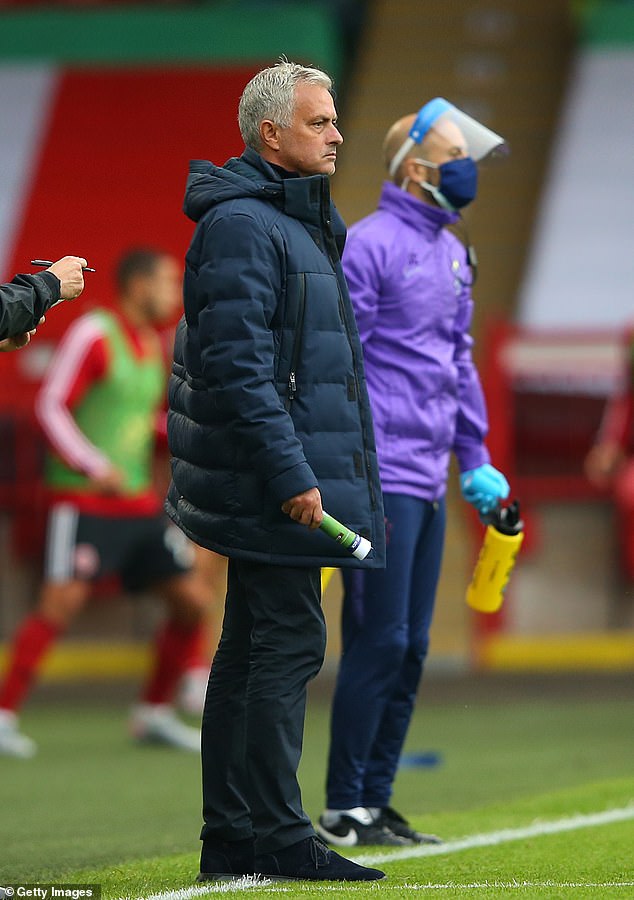 ‘It’s a tactical break. You can help one team who is in the negative moment of the game and you can kill the dynamic of a team that is in a high, that’s no doubt.’

It is worth mentioning that Mourinho called for the introduction of such tactical timeouts in 2014 after watching Louis van Gaal doing it with Holland at the World Cup.

After his Manchester United team fought back from a goal down to win 5-2 at home against Bournemouth, manager Ole Gunnar Solskjaer said: ‘I don’t think the water break is necessary if the weather isn’t hot, but we’ve got loads of games in a short space so it was decided we needed it.

‘I don’t think we need it on days like this and with the Manchester weather. It gives teams a chance to reorganise and maybe we needed that here.’

Bournemouth boss Eddie Howe said: ‘I think maybe on a day like we had here we don’t need them in the sense that it’s not baking hot. It was a bit of a grey day in Manchester, but certainly in other games it’s been good.’

Blackburn Rovers manager Tony Mowbray, whose team lost 3-1 at home to Leeds, said: ‘I would like to see a bit of common sense from someone at the EFL. They should see that it is peeing down all day and doesn’t stop.

‘Why on earth we need a drinks break after 20 minutes is beyond me. It seems like legislation gone mad, to be honest. I understand why we did it — in June and July it might be 30 degrees and we have had a couple of weeks like that.

‘Drinks breaks after only three weeks’ preparation makes sense then, but here it was only 13 degrees. Before the game all it would take was a referee saying to the managers, “It’s pouring down outside, there’s no need for a drinks break”.

Matt Piper, former Leicester City and Sunderland winger and now matchday summariser on BBC Radio Leicester, said: ‘You can feel the frustration of the players. You can see it, too. It kills any kind of momentum you try to build.

‘Take Leicester’s game against Everton. Leicester were really pushing in the second half. I thought a goal was imminent, you know when you can feel it.

‘Then the ball goes out for a throw-in. Usually, they would take a quick one and get back on with it with their foot on the gas. 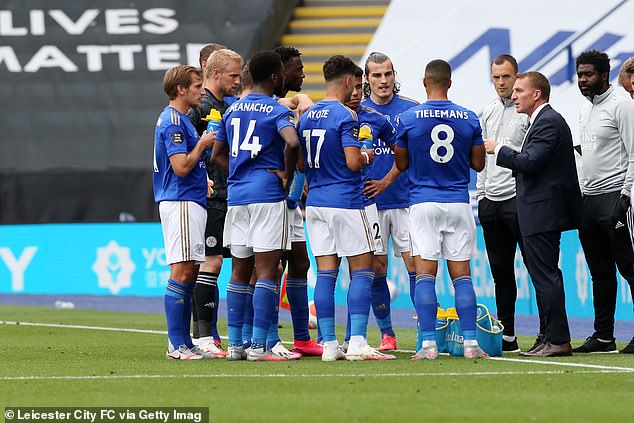 ‘Then, boom. Drinks break. It just killed it. This gives Carlo Ancelotti time, he brings on a substitute, changes his tactics slightly and it kills the game for the team in the ascendancy.

‘Five minutes before the drinks break, Jordan Pickford is wasting time, people are trying to boot it out of the stadium. Ridiculous.’

The Premier League’s reasoning for the introduction of breaks was admirable and, after all, based on medical advice. And it is understood there are no plans to get rid of them before the season ends.

But Swansea head coach Steve Cooper said: ‘I’m not sure these breaks are needed, certainly in the first half.

‘There could be an argument for it in the second half because it is a physically demanding schedule, but I don’t think people are looking at games and thinking, “the lads need a drink”.

‘I don’t think the drinks breaks have helped us, if I’m honest. It’s not an excuse, but the small bits of momentum we got against Luton (Swansea lost 1-0) were killed by the drinks break. That’s our fault — nobody else’s. It was the same in our game with Millwall. We need to manage those restarts a bit better.’ 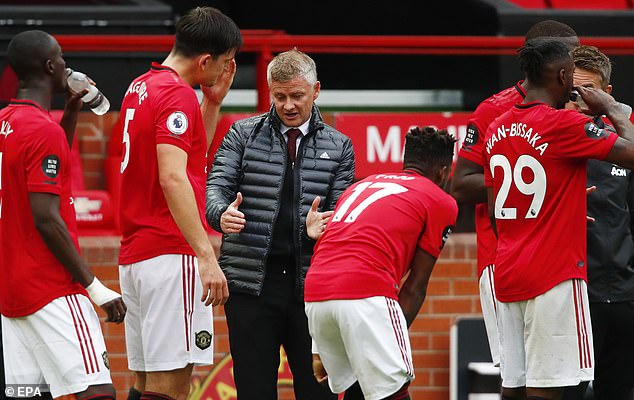 Leeds boss Marcelo Bielsa is taking a practical approach, saying: ‘This is the recommendation. I have come to adapt myself to this.’

As for the fans, Harry Robinson, writer for Manchester United fanzine United We Stand, said: ‘If it’s frustrating to watch from the sofa, it would be even worse once fans are allowed into the stadiums.

‘One of football’s big advantages over cricket, rugby, NFL, is that the game flows with only one significant stoppage at half-time.

‘And we can’t be naive. There is always that fear of a slippery slope once TV companies see the advertising potential in a drinks break.

‘I understand the argument for breaks but it impacts momentum.’

Bayern Munich complete German double with record-breaking Cup triumph
DANNY MURPHY: Water Breaks make perfect sense
Best News
Recent Posts
This website uses cookies to improve your user experience and to provide you with advertisements that are relevant to your interests. By continuing to browse the site you are agreeing to our use of cookies.Ok