One of the first pieces of business that Ole Gunnar Solskjaer carried out as Manchester United manager was to sign Anthony Martial to a new contract. Solskjaer was not even a permanent fixture at Old Trafford himself when, a little over a month into his caretaker spell, he tied the striker down for the next five years.

Martial had been on the periphery not long before that, at odds with Jose Mourinho after going absent without leave to attend the birth of his son Swan during a pre-season tour of the United States. Mourinho asked the United hierarchy to sell Martial that summer. His request was rejected.

It is easily forgotten that Martial gradually won Mourinho’s favour back, playing regularly during the Portuguese’s final weeks and months in charge, but their relationship was never an easy one. Even before the incident on tour, Martial’s agent was openly saying his client wished to leave.

With Solskjaer, it was different. “I would like to thank Ole and his coaching staff for their belief in me and for helping me to take my game to the next level,” Martial said on renewing terms, words which were not just lip service. Solskjaer had helped convince him that he had a long-term future at the club in the matter of only a few weeks.

And yet, less than a year later, United were looking at other options up front. Martial’s Old Trafford career would not have come under any immediate threat if another elite centre-forward had joined, either in January or this summer. But if, for example, Erling Haaland had opted for Old Trafford, he would not have come to provide cover.

A look at Martial’s scoring record under Solskjaer before Christmas may explain why. Four goals in 12 league appearances was good, considering a hamstring injury caused him to miss six weeks during the autumn, but unspectacular. Martial only managed four goals between Solskjaer’s caretaker appointment and the end of last season, too.

Compare that with his post-Christmas record: 12 goals in 18 appearances, including Wednesday’s hat-trick against Sheffield United. It was not only United’s first league hat-trick of the post-Sir Alex Ferguson era, but the first of Martial’s senior career. It also saw him surpass his previous season’s best of 17 goals, achieved during his first year in Manchester.

Incidentally, that was when Louis van Gaal predominantly played him as a central No 9, the position that Solskjaer has always advocated as his best. Despite doubts over his ability to play the role, his two best goalscoring campaigns have now come in that position. And the nature of the goals he is now scoring may be most pleasing of all for Solskjaer.

The United manager has consistently asked his strikers to improve at scoring ‘scrappy’ goals, the type which he once thrived off as a player. Martial’s first on Wednesday night was exactly that, with a run to the edge of the six-yard box to tap in Marcus Rashford’s low cross.

“I think the first goal, I think that’s a vital goal as well today,” Solskjaer said post-match. “I was very pleased with that one.

“I am very happy for Anthony,” he added, delighted not only with three points and an excellent performance, but also his striker’s starring role. “He’s getting more and more into those positions. He nearly got a goal against Tottenham as well, great turn and finish and great save by Lloris. Anthony’s in good form.” 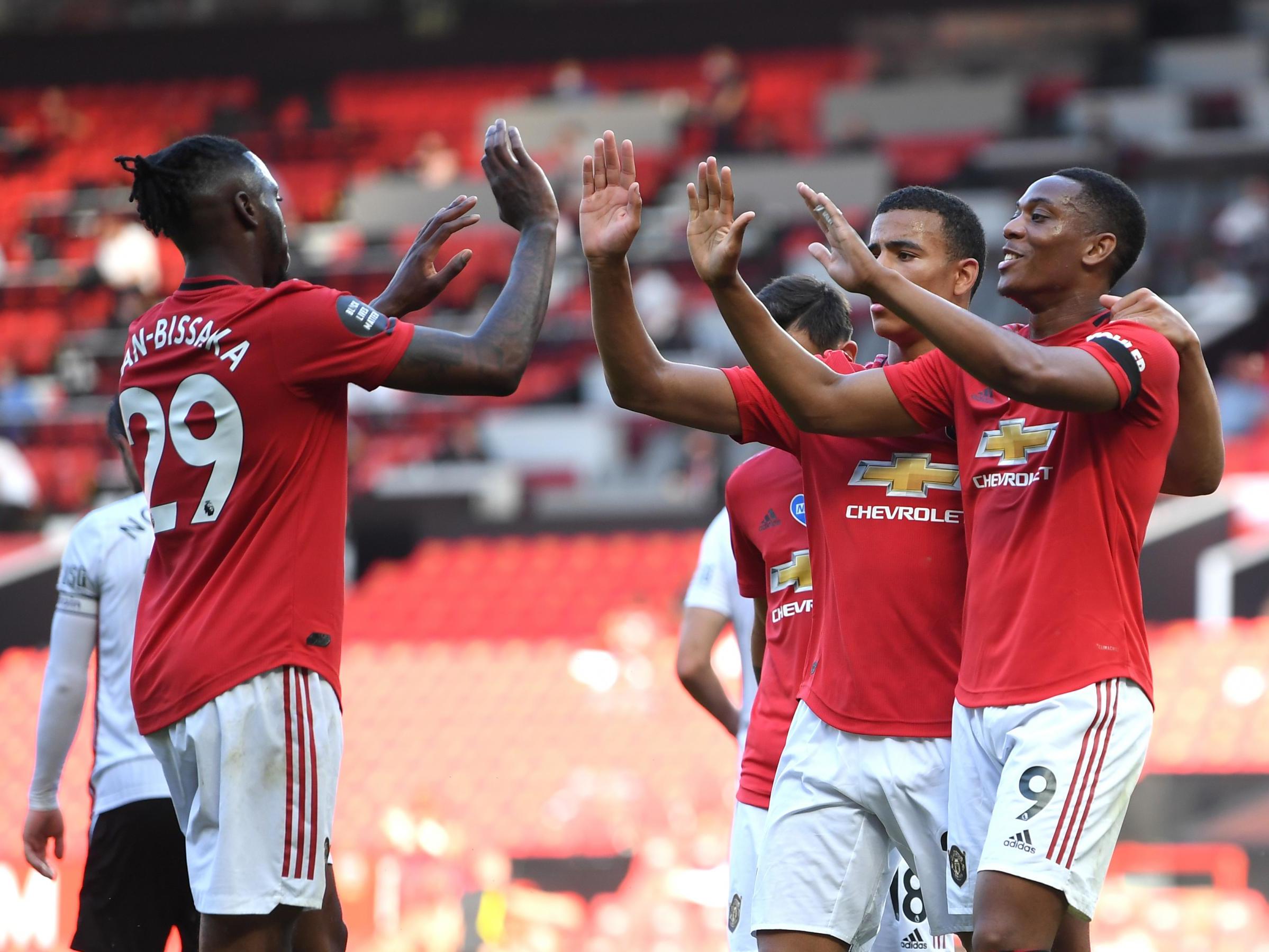 But the hope – or belief – is that this is not just form and that it is something more permanent. Martial’s development is one of several factors – along with Mason Greenwood’s emergence, Odion Ighalo’s impact as a backup striker and the effect of the pandemic – which mean that United are not expected to revive their pursuit of a centre-forward when the transfer market reopens. The long-standing need for a right-sided attacking player is quite rightly the priority.

That means Martial should get the long, sustained spell as United’s No 9 that Solskjaer has always wanted for him and always believed he can thrive in given the chance. Practically his first major decision was to show faith in Martial, extending his contract. It seems now that his faith is being repaid.

Barcelona are in unknown territory as UNDERDOGS for Bayern Munich tie

Jurgen Klopp won’t watch Chelsea vs Man City to see if Liverpool win title as Premier League homework comes first
Man Utd now ONLY transfer option for Jadon Sancho with Ed Woodward set to beat Liverpool
Best News
Recent Posts
This website uses cookies to improve your user experience and to provide you with advertisements that are relevant to your interests. By continuing to browse the site you are agreeing to our use of cookies.Ok