Arsenal winger Gabriel Martinelli has provided an update on his return to action having made good progress since undergoing surgery. The 19-year-old has been out of action since March after suffering a problem with his left knee.

Any chance of a return in Project Restart was denied after it was revealed that he would need to undergo surgery after suffering a setback in training back in June.

After the successful procedure, the Gunners announced that Martinelli would be expected to return to full training by the end of the year.

The teenager though is very much in Mikel Arteta’s plans for the future after signing a new contract in the summer just one year after joining the club.

He enjoyed a strong debut campaign at the Emirates, particularly in the Europa League and Carabao Cup.

JUST IN: Thomas Partey’s dad explains what he told ace to make him join Arsenal 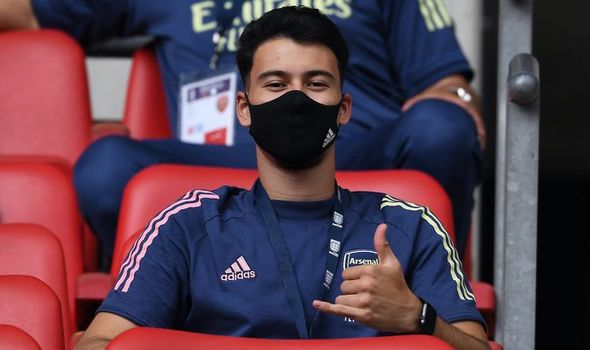 The Brazilian scored 10 goals and provided four assists in all competitions despite starting just 15 games.

Arsenal have been doing well in Martinelli’s absence this season so far though, winning six of their opening seven games in all competitions.

They will look to continue their good form this weekend when they take on Manchester City before starting their Europa League campaign against Rapid Wien on October 22.

And Martinelli could soon be ready to make his return after he declared he would make a huge step up in his recovery in the near future.

“I’m regaining confidence and I can feel my knee is better.

“After an injury like this you are kind of scared to force the knee again but the past couple of weeks it has been fine.

“Soon I can start training with the ball.”

Martinelli has been keeping a keen eye on Arsenal’s progression this season despite being unable to play his part. 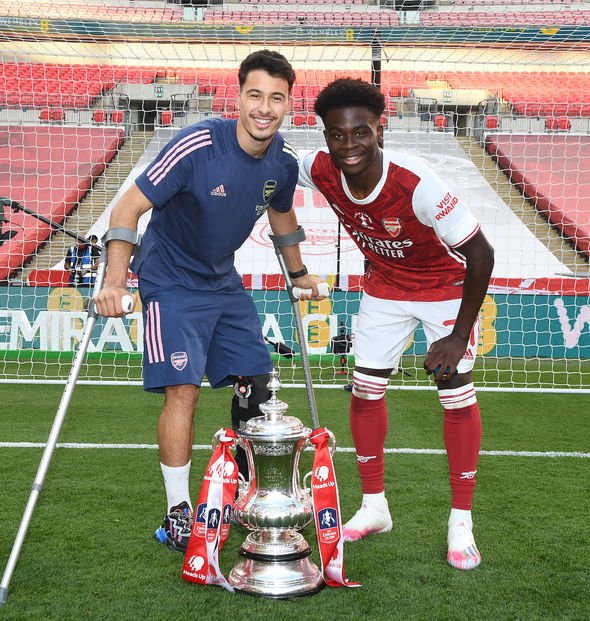 He missed out on the chance to play a part in their FA Cup and Community Shield win, but he has high ambitions for the club this campaign.

“I think we have an excellent squad and along with Mikel’s forward thinking and winning mentality we can carry on doing well,” he added.

“We are playing well and training well, everyone wants to win and we are all giving everything.

“I believe this season is very promising.

“We won trophies last season and I believe we can win this season again and also qualify for the Champions League.”

Paul Pogba praised as ‘leader’ after returning to France team following year away
How Liverpool could line up against Everton after triple Covid-19 blow
Best News
Recent Posts
This website uses cookies to improve your user experience and to provide you with advertisements that are relevant to your interests. By continuing to browse the site you are agreeing to our use of cookies.Ok