Arsenal boss Mikel Arteta must use David Luiz as a midfielder because his days as a centre-back “are over”, according to Liverpool legend Steve Nicol. Luiz was handed a new one-year deal to remain at Arsenal yesterday. The Brazilian was set to leave the club on June 30 but the Gunners have decided to keep hold of him for a further 12 months.

Luiz only joined Arsenal from Chelsea last summer and has been a regular starter under both Arteta and previous head coach Unai Emery.

However, the 33-year-old has come under severe criticism for his performances, especially after the 3-0 loss at Manchester City last week.

He made a mistake for City’s first goal before being sent off for giving away a penalty.

It was the fourth penalty Luiz has given away this season and the second time he had been sent off. 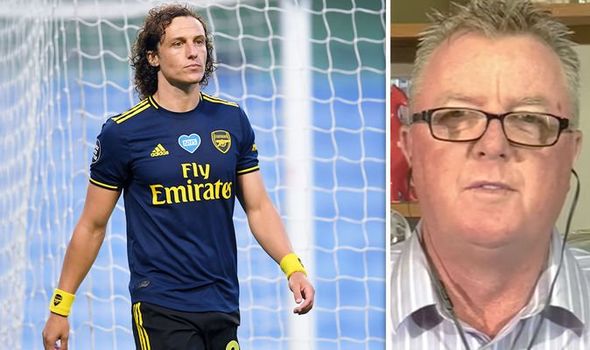 Despite many fans and pundits being against renewing Luiz’s deal at the Emirates, he will remain for the time being.

But Nicol says Arteta must take him out of defence and instead deploy him in midfield.

“I think Arteta’s looking around the squad and figuring ‘if I let this guy go I’ve got even less than nothing’, I think that’s what it is,” Nicol told ESPN FC.

“That means you’ve got to change and the fact is he’s a good football player, this guy can pass the ball no question.

“[Granit] Xhaka, [Dani] Ceballos, [Matteo] Guendouzi, [Lucas] Torreira’s never fit – why don’t you push this guy into the middle and at least you’d get some football out of him. 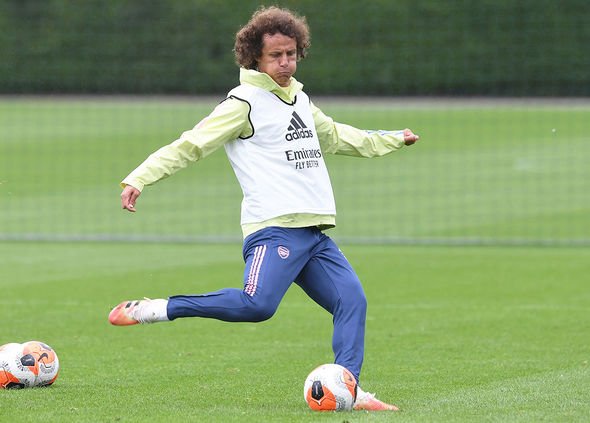 “And when he makes mistakes in the middle of the park, they’ll be a backline to try and make up for it.”

Meanwhile, Ceballos has had his loan from Real Madrid extended until the end of the season and January signings Pablo Mari and Cedric Soares have turned their loans into permanent deals.

Sean Dyche says offensive banner must not overshadow Burnley’s community work
What Man Utd think about Chelsea transfer target Kai Havertz ahead of summer
Best News
Recent Posts
This website uses cookies to improve your user experience and to provide you with advertisements that are relevant to your interests. By continuing to browse the site you are agreeing to our use of cookies.Ok