Arsenal manager Mikel Arteta declared that Mesut Ozil and Matteo Guendouzi were both “a big part” of the club’s FA Cup triumph over Chelsea – although neither were present at Wembley to enjoy the team’s success.

The Gunners won the 148-year-old cup competition for the 14th time – extending their own record – thanks to Pierre-Emerick Aubameyang’s brace.

Despite falling behind early on to Christian Pulisic’s strike, Aubameyang scored from the penalty spot in the first half before a sumptuous left-footed dink over Willy Caballero in the second.

And that was enough for Arteta’s team to crown a tumultuous season with silverware, having finished eighth in the Premier League just a week before, and also seal a spot in next season’s Europa League.

But Ozil and Guendouzi were notable absentees on the day, with the former in Turkey after being granted permission by the club to travel across Europe with Arteta having no plans to include the playmaker in his match-day squad. 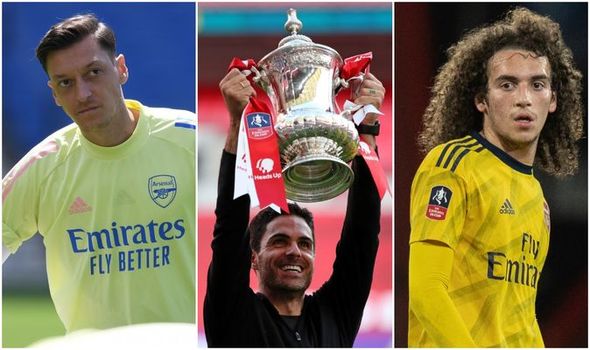 Guendouzi was also not among the 10 non-playing club members allowed into the stadium having missed training in the build-up to the clash.

The fiery French midfielder is for sale having not featured in any of the north Londoners’ final 11 games of the season after his controversial antics in a defeat at Brighton.

Ozil’s days are also numbered, with the German World Cup winner’s contract at the Emirates set to expire in 12 months’ time.

Yet Arteta declared that both of the duo deserve credit for playing a role in the club’s FA Cup triumph – even if they have been frozen out of the side in recent months.

“They’re all part of it,” he said. “We don’t have here Matteo [Guendouzi] and Mesut [Ozil] but they’re a big part of it because they all contributed in here. 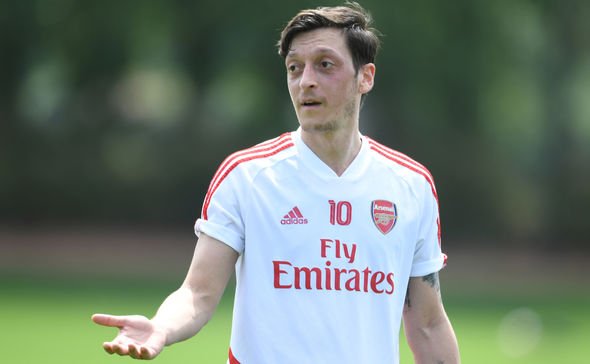 “They all should be a big part of it. All of them contributed to this trophy.”

Asked if anything can be made of the fact neither of the duo were with the team on Sunday, Arteta replied simply: “No, let’s enjoy.”

The Arsenal manager’s long-term objective is to restore the Gunners as a domestic and European powerhouse – but he wanted his team to savour the moment after winning a first trophy in the post-Arsene Wenger era.

The Spanish coach added: “It’s a good start. Thank you so much for all the time being so supportive, from the reception I got on the first day.

“When I walked through this incredible door I completely understood that the needs of this football club are so high.

“I know the demands and expectations. It’s a trophy, it’s absolutely for them to take, to enjoy to be proud of the club they support and the players that they always cheer for.

“Hopefully they can enjoy it together, maintain the distance please and enjoy because it’s all yours. 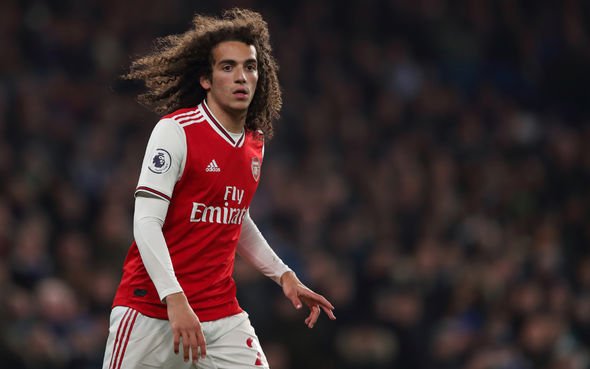 “Here is the first one. Let’s enjoy it today. We know there’s a long way to go to improve on many other things but it’s something that I am very proud of, how we have changed a lot of things since we joined.

“The players have been fantastic, the staff, thank you so much as well to the people upstairs who have given me the opportunity to represent and to manage this incredible football club.

“Again thanks to the people for their support and their belief.”

Arsenal’s squad and staff will now all enjoy their holidays before returning for pre-season training later this month.

The 2020-21 Premier League season is scheduled to get underway on September 12.

Liverpool ‘very likely’ to sign Thiago after star’s second Bayern Munich transfer meeting
Man Utd have obvious Jadon Sancho transfer alternative staring Ed Woodward in the face
Best News
Recent Posts
This website uses cookies to improve your user experience and to provide you with advertisements that are relevant to your interests. By continuing to browse the site you are agreeing to our use of cookies.Ok