Arsenal boss Mikel Arteta claims Nicolas Pepe has the potential to become an “incredible” player following his impressive performance against Sheffield United. The Gunners picked up a dramatic 2-1 win over Sheffield United at Bramall Lane thanks to a late winner by Dani Ceballos to make it to the semi-finals of the FA Cup.

Pepe opened the scoring with a penalty kick before David McGoldrick’s late equaliser, which was cancelled out by Ceballos’ beautiful finish.

Arteta is pleased with the winger’s display and is looking forward to seeing what he can bring to the table next season.

The Spanish manager believes he finally “clicked” with the rest of the team and insists he still needs time following his record move from Lille last summer.

Arteta said after the game: “I’m very excited about what he can bring [in the future] and what he’s bringing to the team this season. 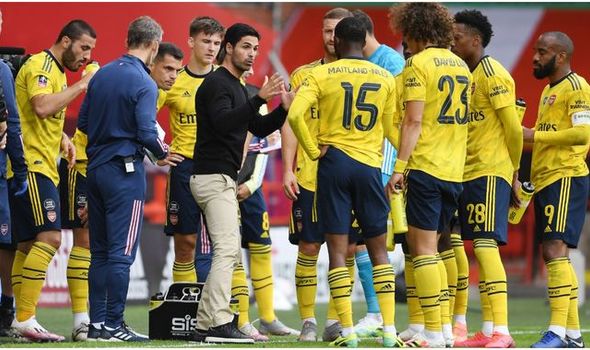 “I think he’s made a click and I think he realises what he needs to do for the team when we don’t have the ball.

“I’m so pleased today, you’ve seen his defensive actions were incredible with what he’s doing, and then with the ball he gives us that creativity and flair that we need and big teams need.

“He’s always unpredictable with what can happen when he’s got the ball at his feet, so I think he’s [heading] in the right direction. 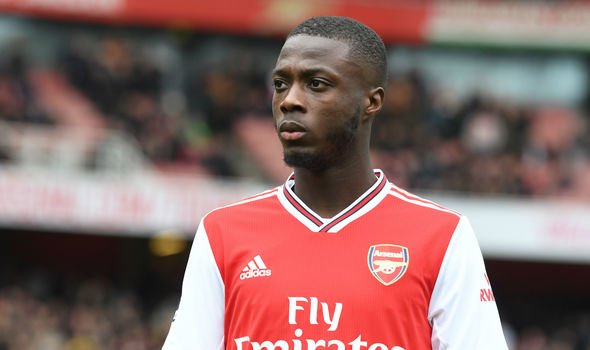 “I really liked him from the past. I didn’t know him personally, but I think he is a player with incredible potential, but he needs to be decisive in every game and he needs to take care of moments in the game when he disconnects himself a little bit.

“He cannot do that, and I will be very persistent with him to try to change that because at his best, he can make the difference for the team.

“It’s very important to try and understand a player and find out what his feelings are, how hard it’s been to adapt to a new country and a language that he doesn’t understand.

“He’s very willing, he’s such a nice boy and he’s always smiling, always positive around everybody.

“He’s a bit of a free spirit, but that’s good! We need all kinds of characters in the team and now he’s showing his commitment to us.

“I don’t know how he was feeling before, we just try to produce the right amount for players and try to treat them a little bit individually for their needs, and hopefully we are in the right direction with Nico and that he can feel our total support.

“The only aim from us basically is to try and improve him and make him decisive for the team.”

Andre Gray, Nathaniel Chalobah and Domingos Quina left out of Watford squad following alleged lockdown party
Leicester 0-1 Chelsea player ratings – Barkley shines as Vardy struggles again
Best News
Recent Posts
This website uses cookies to improve your user experience and to provide you with advertisements that are relevant to your interests. By continuing to browse the site you are agreeing to our use of cookies.Ok