Arsenal coaches surprised by what Pierre-Emerick Aubameyang does after training

Arsenal’s coaching staff have marvelled at Pierre-Emerick Aubameyang’s dedication to honing his craft. The forward has been the club’s main man since arriving from Borussia Dortmund in January 2018 but he does not rely on talent alone.

Arsenal are sweating on Aubameyang after the 31-year-old entered the final season of his contract.

The 31-year-old has yet to commit his future to the club amid interest from Barcelona and Inter Milan.

It is a sobering thought for Arsenal fans to imagine where their team would have finished in the Premier League in the past two campaigns if they did not have his goals to rely on.

Aubameyang shared the Golden Boot with Liverpool duo Mohamed Salah and Sadio Mane last season while he finished one goal behind this term’s winner, Jamie Vardy.

The Gabonese hotshot was given a misleading label during his Dortmund days for his love of flash cars and clothes but his work ethic has surprised and wowed Arsenal coaches. 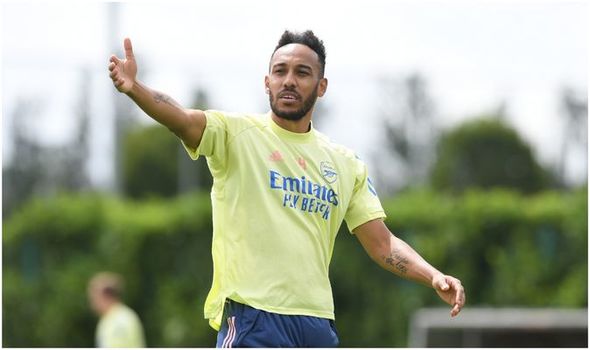 According to The Athletic, they have marvelled that a player of his experience and reputation is happy to stay behind after every single training session to do extra work.

It is one of the many reasons why Emirates Stadium chiefs are eager to extend his contract.

Aubameyang enjoys working under Mikel Arteta, who took charge last December, and enjoys a positive relationship with the former midfielder.

The Arsenal boss has stressed the importance of keeping the former Dortmund hotshot on board.

Speaking earlier this month about a deadline for contract talks, he said: “I don’t know, to put a date right now is very difficult.

“I like the way the conversations are going, I like what I’m hearing. I’m sure for both parties, the quicker we can do it, the better for everyone.

“I am confident he will extend his stay.”

Arteta added: “He’s generally happy. I think he is enjoying his football. He is settled in the country and his family are good.

“I think he can sense – and we’ve told him – how much we like him, how much we value him. I think the connection he has with the fans is unique. I believe he is in the perfect place for him.

“Everything I have from him and the people around him is the same. So I don’t have any arguments to say something different.” 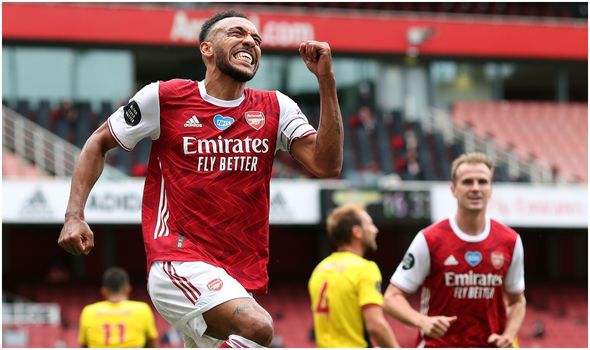 Aubameyang’s influence on his younger team-mates has also become clear in recent weeks.

Joe Willock, 20, told The Beautiful Game Podcast: “Auba is an amazing guy and he’s our captain. He’s also a massive player for us.

“I don’t know what’s going on with his contract but I love playing with him. Hopefully, he will stay at the club so that I can learn from him even more. He looks happy at the club.”

While Bukayo Saka, 18, told Sky Sports: “In the academy we got tickets to watch [the first team] and I used to see him scoring goals. To now be playing with him is just amazing.

“You know he’s going to score a goal for us. He’s such a good guy who helps all the young players with advice and he’s also funny as well!”

Man Utd boss Ole Gunnar Solskjaer tipped to make two key signings to catch Liverpool
Roman Abramovich is ‘interested’ in Chelsea again and backed to make further new signings
Best News
Recent Posts
This website uses cookies to improve your user experience and to provide you with advertisements that are relevant to your interests. By continuing to browse the site you are agreeing to our use of cookies.Ok