Arsenal are confident Thomas Partey will join from Atletico Madrid in the summer transfer window. The Gunners must sell before they can afford to buy, however, due to financial concerns exacerbated by the coronavirus crisis.

Arsenal are eager to strengthen their midfield with Mikel Arteta earmarking Partey as one of his top transfer targets.

The Atletico Madrid ace is available for €50million (£45m) due to a release clause in his contract.

Wanda Metropolitano bigwigs are attempting to increase the value of the buyout figure but Partey is keen on a move to the Emirates Stadium.

According to the Daily Mail, Arsenal technical director Edu and Arteta have approved the potential transfer. 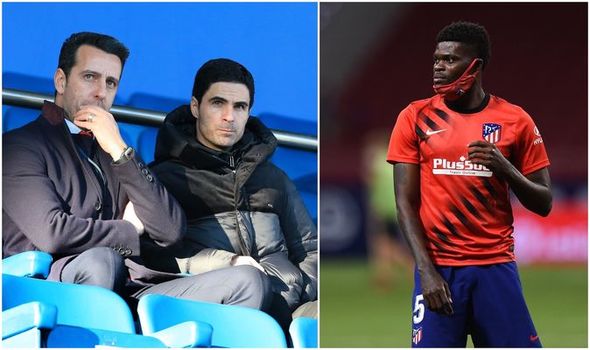 The Gunners, who agreed pay cuts with the majority of their squad to deal with the financial ramifications of COVID-19, must sell before they can buy in the upcoming window.

The club’s head of international recruitment, Francis Cagigao, has been hard at work on the switch but must wait for funds to be raised before confirming Partey’s arrival.

Guendouzi has been axed from the first-team squad for the last four matches after a confrontation with Brighton and Hove Albion striker Neal Maupay in last month’s defeat to the Seagulls.

Lacazette has endured a difficult third campaign at the Emirates Stadium but his value remains high due to his contract having two more years left to run.

While Torreira’s sophomore year as an Arsenal player has seen him drift in and out of the starting XI. He would also likely fall down the pecking order upon Partey’s arrival.

Arsenal are also eager to shift Mesut Ozil’s £350,000-a-week wages from their books but he is happy to remain at the club.

Pierre-Emerick Aubameyang would fetch a hefty fee but contract extension talks are taking place and hopes are rising that he will put pen to paper.

Arteta has admitted the prospect of selling players in order to bring in cash is not ideal. 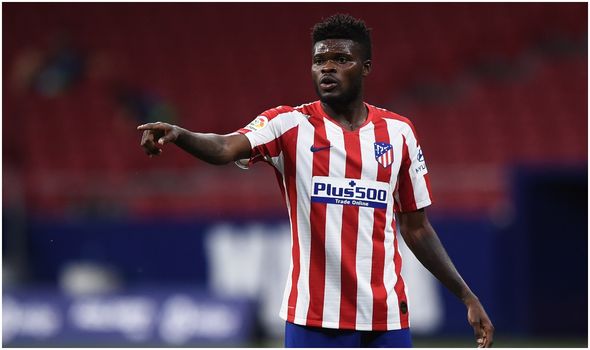 He said: “We don’t know how the market is going to be.

“Obviously we are putting different plans together to see what we are going to be able to do. At the moment the uncertainty is still big.

“We have seen different things. The way that Chelsea is dealing with the market is different to rest at the moment, but Bayern Munich as well they’ve have been really aggressive.

“So I don’t know. But if you ask me, we cannot be a team that has to sell his best player to try to bring in and improve our squad. That’s for sure.”

Relegation is just not worth thinking about for Aston Villa
Man Utd boss Ole Gunnar Solskjaer could rectify defining David Moyes transfer mistake
Best News
Recent Posts
This website uses cookies to improve your user experience and to provide you with advertisements that are relevant to your interests. By continuing to browse the site you are agreeing to our use of cookies.Ok