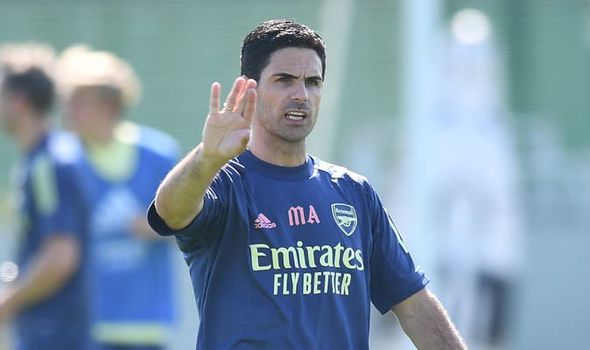 Arsenal take on Southampton this evening in the Premier League but Mikel Arteta’s team selection has not been universally welcomed by the club’s fanbase – who are perplexed by decisions over Pierre-Emerick Aubameyang and Matteo Guendouzi.

The Gunners make four changes from the 2-1 loss to Brighton at the weekend with Emiliano Martinez replacing the injured Bernd Leno in goal, while Kieran Tierney displaces Sead Kolasinac at left-back.

In midfield, Guendouzi is dropped from the 20-man squad altogether in favour of the returning Granit Xhaka while Eddie Nketiah leads the line as Alexandre Lacazette drops to the bench.

It appears that Bukayo Saka will take up a central midfield role in a 4-3-3 with Aubameyang once again lining up out wide and Nicolas Pepe and Nketiah completing the front three.

But Arsenal fans aren’t happy that top goalscorer Aubameyang has once again been shunted out to the left. 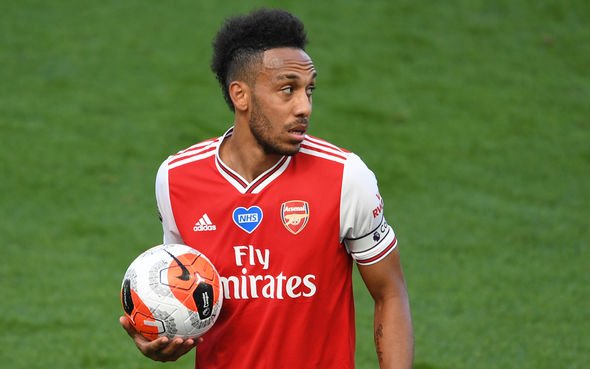 One said in reaction to the team news on Twitter: “Why is Arteta hell bent on playing Auba on the wings?”

“Why not Saka LW and Aubameyang ST,” another wrote, as a third posted: “Why is Aubameyang on the wing again? I just don’t understand it at all.”

One more fan reacted: “Not terrible but why is Eddie starting down the middle ahead of Auba again, only a clown plays your only WC player in your team out of position for a youngster makes no sense.”

While another said: “Aubameyang is playing as a winger again. I’m tired.”

And Guendouzi’s absence from the squad was also met with disappointment. The Frenchman was involved in a heated on-pitch argument with Neal Maupay after the Brighton striker appeared to cause Leno’s worrying-looking injury, which thankfully is not as bad as first feared.

One supporter posted: “Only positive is Xhaka is back. Guendouzi dropped completely is something I don’t agree with at all. One of the few that care and will do anything for the club and we punish him for it. Shame. We’re such a joke.”

A second said: “Guendouzi not even on the bench ? #F***offArteta.”

“Should we be concerned Arteta is openly punishing players on a weekly basis? First Ozil, now Guendouzi dropped from the squad…..” asked another.

Another wrote, “Guendouzi not even on the bench? He is better than Ceballos” while one more posted: “Guendouzi out of the squad? Another L incoming.” 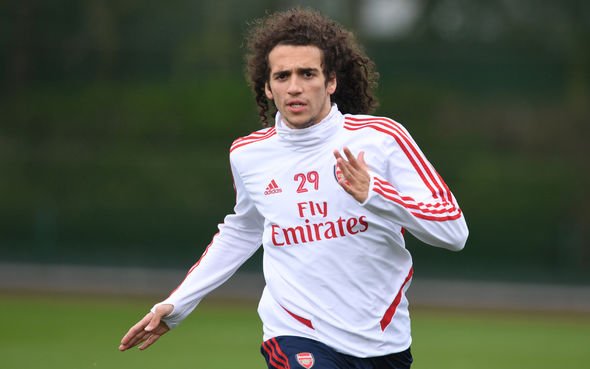 One more fan went as far to suggest the midfielder will depart the Gunners, saying: “God we really are going to sell Guendouzi. This club.”

Previewing the clash with Southampton earlier this week, Arsenal boss Arteta said: “They are a very German side.

“I think they [the Arsenal players] are really willing and they are trying really hard, and I was really upset because when I was talking about competing it is for 100 minutes, now these types of games have water breaks and the amount of changes with substitutions that you can make, so you have to keep focus.

“I hate losing, but I hate giving games away when they are under control and you deserve to win them. So it is about that edge, the way they run, the way they press, the way they care, it is completely changed and I am satisfied with that.

“We have done more than enough to win that game, but at the end of the day in the Premier League, at this level, if you give something to the opponent in some moments, it is going to be difficult to win football games in a row.”

Asked if he had spoken with Guendouzi, the manager added: “My job is to make sure that we all behave in relation to the shirt that we wear.

“What happens on the pitch, I played for 17 years and it stays on the pitch because you can mould and change in words and context very easily and you shouldn’t be doing that at all.

“But obviously we showed frustration. In a way I like it, because it means that we care about losing and we don’t accept any defeats. But I like that reaction earlier rather than after football games.”

Arsenal’s huge Willian contract offer as transfer spotlight falls on Gunners
Newcastle takeover: Saudis confident of completing deal after Premier League assurances
Best News
Recent Posts
This website uses cookies to improve your user experience and to provide you with advertisements that are relevant to your interests. By continuing to browse the site you are agreeing to our use of cookies.Ok