Arsenal fans think Thomas Partey has landed in London ahead of a potential move from Atletico Madrid. The Gunners are looking to land the Ghana international on transfer deadline day. And, now, a stunning move to north London could be on the cards.

Mikel Arteta has spent the whole summer chasing the midfielder and, now, a move to the capital looks likely late in the day.

Arsenal fans are daring to dream that Partey will move to the Emirates Stadium.

And supporters on social media believe he may have flown into London, with one uploading a picture showing details of a private flight.

@GFIFN tweeted: “I hate myself for doing this, but this private jet just landed in Madrid from London…”

And fans are hyped, with one saying: “Who do you think this is?” 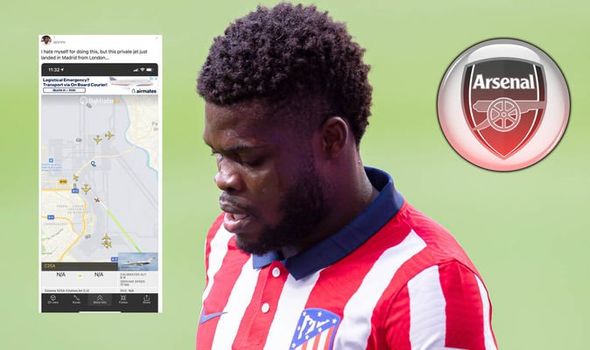 Arsenal are said to have informed La Liga that they’ll meet Partey’s release clause, too, making him their latest signing of the transfer window.

The Gunners chose to land Pablo Mari and Cedric Soares earlier in the summer, despite the pair struggling for fitness after arriving on loan in January. 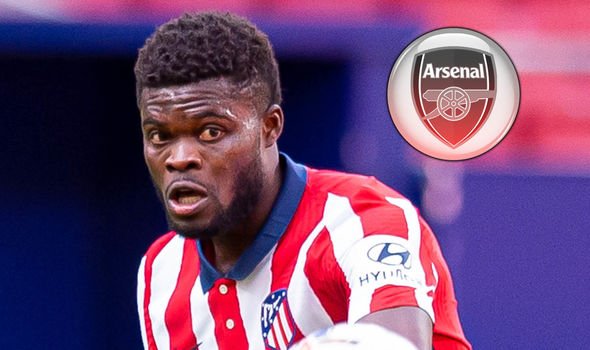 Gabriel Magalhaes arrived from Flamengo and has looked sharp in English football so far.

And Arsenal have also signed Alex Runar Runarsson and Willian to add more depth to their squad as they look to win the Premier League title.

Former Arsenal star Nigel Winterburn recently opened up on Partey and expressed a belief he’d be a brilliant signing for the club.

“I really like Partey because he is quick, solid and powerful off the ball as much as on it.

“There have been times in the past when Arsenal fail to break things down because of the pace of other teams on the counterattack, which is something that Partey could come in to do.

“He takes the ball in tight situations and has the power and the ability to go past the opposing midfield players.

Liverpool and Man Utd's humiliation on 'Silly Sunday' explained on Pitch to Post Review Podcast
Roma transfer for Chris Smalling on brink of collapse unless Man Utd make new decision
Best News
Recent Posts
This website uses cookies to improve your user experience and to provide you with advertisements that are relevant to your interests. By continuing to browse the site you are agreeing to our use of cookies.Ok