Arsenal helped paved the way for Liverpool’s deal to sign Diogo Jota this summer after what Gunners chief Edu did a year ago, according to one former Premier League agent. After the coronavirus pandemic forced football across the globe to be suspended, Liverpool were one of several clubs who had to immediately re-evaluate their summer transfer plans.

Timo Werner was initially Liverpool’s top target, but their reluctance to meet his release clause in June suggested they wouldn’t have the money to spend big this summer.

Liverpool transfer chief Michael Edwards was instead tasked with focusing on buying where Jurgen Klopp needed strengthening most along with recouping money from player sales.

A left-back was quickly the top priority with Kostas Tsimikas coming in.

But towards the end of the transfer window, Liverpool’s stance changed as they began to look at alternative attacking options.

Liverpool were still wary of spending big, but a deal to sign Jota soon became a strong possibility after talks with Wolves. 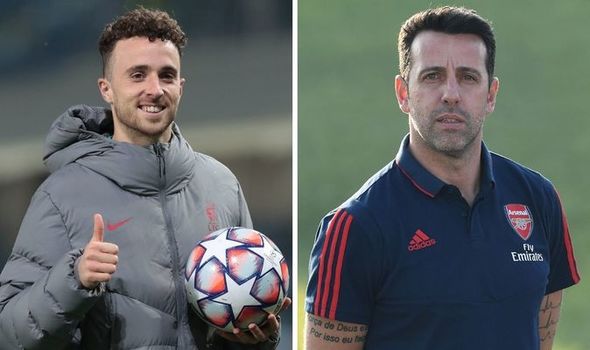 The Reds eventually agreed to a deal worth £41million, somewhat helped by the sale of Ki-Jana Hoever for £13.5m.

But Liverpool would only be paying an initial £4m for Jota, with the rest paid in installments over a lengthy period of time.

It’s drawn some comparisons to the deal Arsenal struck with Lille last summer to sign Nicolas Pepe in a deal worth £72m.

The Gunners stumped up just £20m in their first payment with the remaining cost spread over five years.

And one former Premier League agent believes that helped set the trend which enabled Liverpool to sign Jota this past summer.

“There will be teams that will always spend no matter what because they have the means to, namely Manchester City and Chelsea,” they told the Liverpool Echo.

“For Manchester United there is a business aspect behind it all and they have to deliver value to shareholders, while Liverpool operate within the confines of a business model.

“So if the deals aren’t right for either then they likely won’t get done. Arsenal are another who fall into that bracket, as well as Spurs who still have all the debt associated with the new stadium to contend with.

“Arsenal became the first to really push through a massive deal and spread over a period of time like they did when they signed Nicolas Pepe, and that was before coronavirus was even a concern. 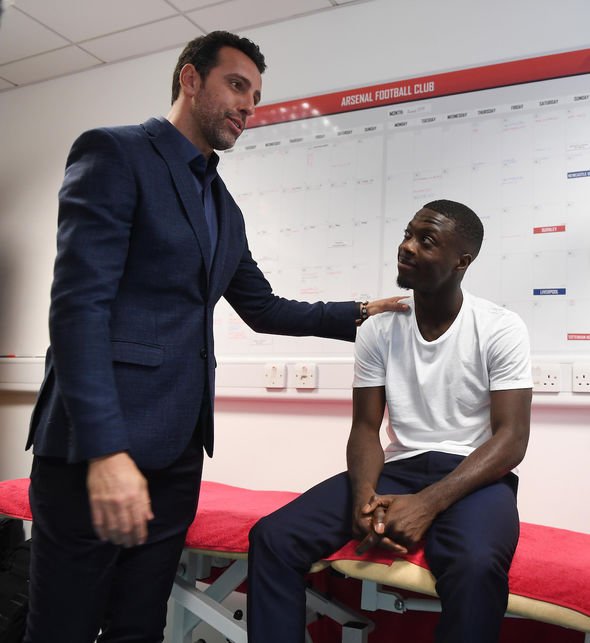 “They were able to sign a player for over £70m and spread that payment, their transfer spend for that particular deal being booked as £20m or so in that financial year. They were buying from a smaller club, where the player’s value was at it’s highest for that particular club. Also, when a player wants to go and there is a substantial deal, if the player wants that to happen then it will happen eventually.

“Arsenal’s big outlay on Thomas Partey was different as they paid the release clause of about £50m to Atletico Madrid, they had to stump up that cash to get the deal done.”

They added: “I think in a normal climate you would have seen Wolves dig in a bit more over Jota, but I think they saw that the best deal they were likely to get any time soon was the one that Liverpool had presented, a big fee spread over time.

“Clubs are having to be more careful when structuring deals than they ever have before because their finances are more exposed because of Covid.

“Jota’s deal makes sense because it is a small fee initially and the rest of the deal is financed over time when, hopefully, things start to return to normal which means that club’s revenue streams improve.

“The market isn’t as strong as it was, and that was going to be inevitable. Even Barcelona and Real Madrid are being more careful.”

David O'Leary reflects on his exit as Leeds boss

Roy Keane brands Kyle Walker a 'car crash' for giving away penalty
Maguire claims criticism aimed at Man United stems from JEALOUSY
Best News
Recent Posts
This website uses cookies to improve your user experience and to provide you with advertisements that are relevant to your interests. By continuing to browse the site you are agreeing to our use of cookies.Ok