Arsenal midfielder Matteo Guendouzi must learn how to be humble from his team-mates, according to Gunners legend Martin Keown. Guendouzi has not been named in an Arsenal matchday squad since the 2-1 loss at Brighton last month. The Frenchman was criticised by Brighton players after the match for how he behaved on the pitch, including boasting about how much he earns.

Guendouzi has not trained with the Arsenal first-team squad since and head coach Mikel Arteta insists the situation with the 20-year-old remains the same ahead of the visit of Leicester City on Tuesday.

Keown says Guendouzi needs to behave more like a younger player and spend more time around fellow youngsters, such as Bukayo Saka and Gabriel Martinelli who signed new deals at the club last week.

The former defender also pointed out the humbleness of left-back Kieran Tierney, who was pictured arriving at a match with a supermarket bag. 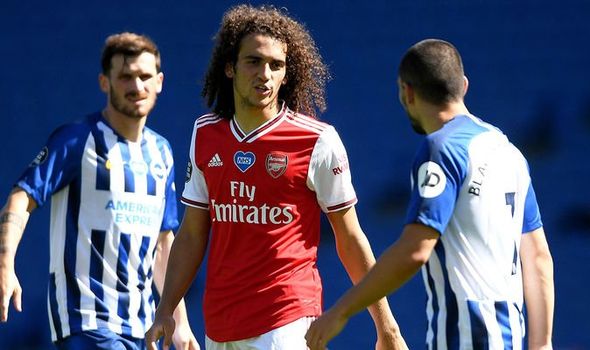 “I think someone like Brian Clough would have called Guendouzi a ‘big head’ in the dressing room.

“When you’re bought into a football club rather than being brought through the ranks, it changes the dynamic a little bit.

“You could say Guendouzi has missed out on those building blocks, he’s been catapulted in from a French second division team straight into the Arsenal team at 17 years old, and now Arteta is looking at the youngsters who are coming through who are behaving in the right way.

“How humble was Saka when he signed his new contract, and Martinelli was exactly the same – they are the sort of players you want.

“I think Guendouzi has been catapulted into the friendship of players like [Alexandre] Lacazette and [Pierre-Emerick] Aubameyang, rather than if you come through the ranks you probably stay with your own peer group.

“I know it’s probably because they speak French, but he’s been rubbing shoulders with some of these top players, and has gone above his station in a way. He’s seemed very pally from the off with senior players.

“I remember as a young player coming through the ranks we didn’t really speak too much to the senior players, because we knew our place, we knew what we had to achieve in the game and eventually you’d integrate more slowly in the first-team.

“Clearly Arteta hasn’t liked his behaviour around the training ground and his work ethic, and when you see some of the players who seem to be so humble, the likes of Saka and Tierney. 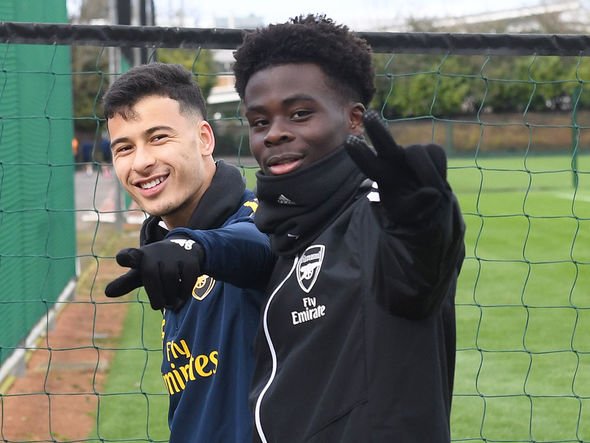 “I saw Tierney getting off the team bus the other day not with a Gucci wash bag, it was a Tesco carrier bag with his gear in it!”

Keown does think Guendouzi deserves a chance to right his wrongs but admits he does not know if he is good enough for the long term.

“I’m not sure if he is good enough if I’m absolutely honest,” he added.

“[Lucas] Torreira is now back from injury, [Granit] Xhaka is playing better, [Dani] Ceballos is controlling games for Arsenal, so it’s going to be difficult for the young lad to get back in.

“But everybody deserves a second opportunity, and that starts on the training pitch.

“Get your head down, work hard and toe the line – that’s all Arteta is looking for.”

Two teams tipped to prevent Arsenal from qualifying for next season’s Champions League
Chelsea fans turn on one player during Crystal Palace Premier League clash
Best News
Recent Posts
This website uses cookies to improve your user experience and to provide you with advertisements that are relevant to your interests. By continuing to browse the site you are agreeing to our use of cookies.Ok