Arsenal outcast Mesut Ozil has fired a message to Mikel Arteta over social media ahead of tonight’s game against Liverpool. Ozil hasn’t had a kick for the first-team since the Premier League restart, and isn’t expected to be involved tonight. Ozil has completely fallen out of favour under Arteta, and doesn’t appear to have a future at the club.

Ozil has been forced to watch on from the bench since the league’s restart.

The German, who is the club’s top earner on £350,000-per-week, was initially left out due to a back injury.

But he still hasn’t featured, despite being on the bench for multiple games.

He attracted criticism in last month’s 2-0 win away at Southampton, as he was pictured with his feet up on the bench with an umbrella over his head. 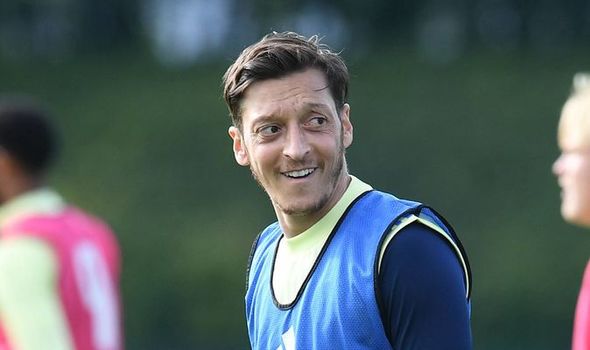 The 31-year-old’s contract will expire in the summer of 2021, and it appears he won’t be offered an extension.

But Ozil himself sent a message to Arteta on Tuesday, as he took to social media to declare himself available for the trip to Anfield.

He posted: “I A M R E A D Y #M1Ö #YaGunnersYa #teamtraining.” on Tuesday evening after Arteta had discussed the German’s chances of making the team tonight.

Speaking at his press conference, the Gunners coach appeared reluctant to get into any speculation over his selection policy.

When asked if Ozil would be involved, Arteta simply said: “I don’t know.

“At the moment, the situation remains the same.

“We will see if that changes.”

Ozil is still yet to be offered a new contract, but has reportedly decided he wants to leave the club at the end of his deal. 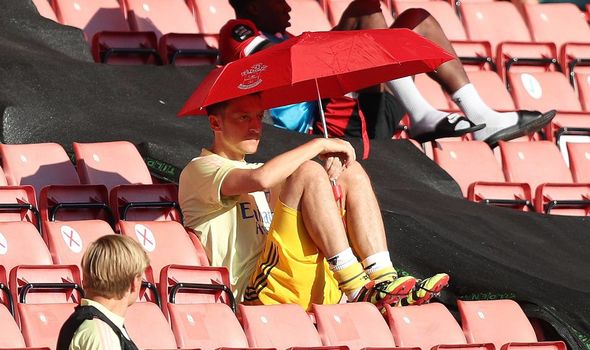 He has apparently told friends that he plans on moving to either Turkey or America to move on a free transfer.

Reports suggest he is willing to sit out the remainder of his current deal before leaving as a free agent.

And Arteta refused to discuss the potential of the 31-year-old being offered a new deal, indicating that nothing has changed.

He added: “With Mesut the situation is still the same as it was.”

Aaron Ramsdale will undergo medical at Sheffield United within 24hrs

Chelsea boss Frank Lampard given transfer warning due to one specific player
The Man United match that convinced Ole Gunnar Solskjaer to sign new striker
Best News
Recent Posts
This website uses cookies to improve your user experience and to provide you with advertisements that are relevant to your interests. By continuing to browse the site you are agreeing to our use of cookies.Ok