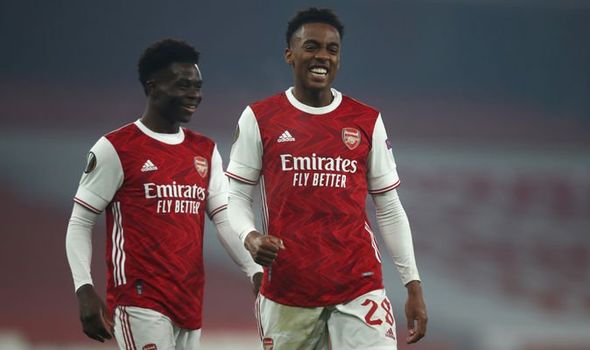 Arsenal came from a goal down to beat Molde 4-1 at the Emirates in the Europa League group stages on Thursday night. The Joe Willock-inspired Gunners benefitted from two own goals to reverse the scoreline in their favour before Nicolas Pepe and Willock netted to put Arsenal on nine points from three games in Group B. Express Sport rates and slates the north London outfit.

Perhaps too easily beaten for Molde’s opening goal but didn’t quite have time to set himself. Hasn’t kept a clean sheet at the Emirates in all competitions since March. But after the goal, a fairly simple evening for the German.

Not his best performance. Found himself out of position on multiple occasions. Bizarrely at one stage had attempted more shots than any other Arsenal player, with just two. Too easily beaten in his duels.

A bit static for the Molde goal, perhaps ought to have tried harder to close down Ellingsen. But better at the back than Mustafi. Brilliant ball to Willock epitomised his ability to get Arsenal moving forward, though. Booked. 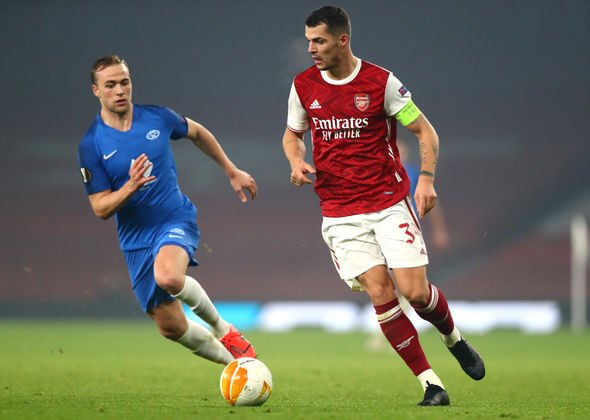 Operating as a centre-back, allowed Kolasinac to push forward and occasionally moved forward into more of a midfield position in possession. Lovely ball over the top for Willock for the second goal. Subbed off with 10 minutes left.

A decent shift from Maitland-Niles. Some good link-up with Pepe and Willock on occasions while operating in his favoured central midfield role. Subbed off as his influence waned.

Consistently looked to play forward passes and pulled off some clever ones too. A lot of Arsenal’s moves were started by him. Won the bulk of his duels in the middle and was tireless off the ball.

Arsenal’s best player. Good ball across the box early on set the tone and balls into the box were dangerous throughout. Helped force Arsenal’s equaliser before the break, his pressure forcing the defence to try and clear it only to put into his own net. His cross led to Arsenal’s second, too. After twice going close to scoring, finally got a goal of his own by curling into the bottom corner in the final few minutes. 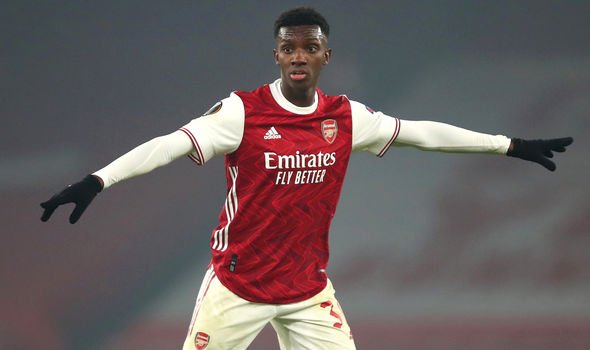 A relatively typical Kolasinac display with some positive attacking moments occasionally let down by his defending. Overall, his evening marred by a horrendous second-half miss as he contrived to side foot over an empty net from around five years out.

Mixed performance but a great second half from the Ivorian. His deliveries blew hot and cold with his best helping Arsenal find the net – only for it to be ruled offside. A good forward ball leading to the equaliser. Had a few wasteful efforts but then found the back of the net with a great finish. And slid in Willock for the fourth goal too.

Found the back of the net before half time but adjudged to have strayed offside when the goal should have stood. Pass to Willock took a helpful deflection for the second goal but good vision to see his team-mate in the middle and then a well-weighted ball into Saka before the third goal. Repeatedly played dangerous passes to open up Molde and never stopped running. Nearly scored late on.

Too often poor with his final delivery though produced a better effort in the second half that Luiz should have done better with after a short corner. As one of the most experienced players, not as impactful as would be expected. Subbed off on the hour mark.

Defended capably and a great run forward on the break helped set away Pepe, but his shot from distance was well wide. Had a deflected drive hit the post. 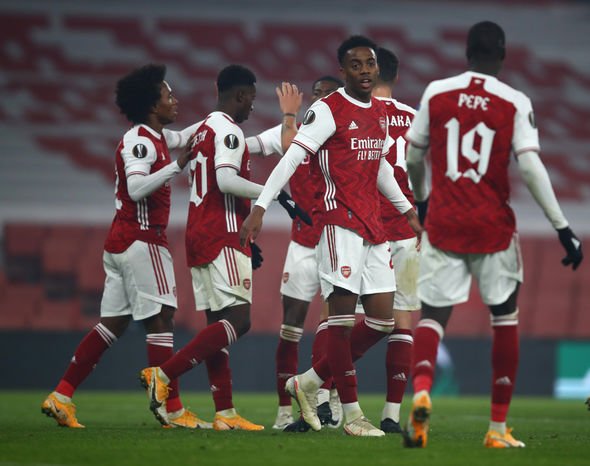 Very lively cameo. An excellent pull-back cross to set up Pepe for the third goal. Offered more in the final third than Willian. Missed two chances to make it 4-1 and was relieved to see the offside flag raised on both occasions. Almost got another assist for Nketiah late on. Booked.

Gave Arsenal fresh legs down the left-hand side. Didn’t really get involved too much.

Klopp admits he would be interested in signing Messi for Liverpool

What Man Utd star Donny van de Beek said about Anthony Martial after Istanbul Basaksehir
Arsenal vs Molde predicted line-ups: Team news ahead of Europa League fixture tonight
Best News
Recent Posts
This website uses cookies to improve your user experience and to provide you with advertisements that are relevant to your interests. By continuing to browse the site you are agreeing to our use of cookies.Ok