Pierre-Emerick Aubameyang has not scored since the first game of the Premier League season and Mikel Arteta has a small issue on his hands in attack. The Gunners travel north to Manchester United tomorrow looking to get back on track following the shock 1-0 home defeat to Leicester last Sunday.

It was a game that typified Arsenal’s recent Premier League struggles in the final third, having fired blank in their previous two outings.

In the 1-0 defeat at Manchester City, Arsenal failed to pose any sort of major threat while they struggled to break the Foxes down.

Arsenal have become a little too predictable and Aubameyang looks frustrated out wide as he continues to be deployed from the left to accommodate Alexandre Lacazette.

It was a role that saw the Arsenal captain thrive towards the end of last season as he helped the Gunners win the FA Cup earlier this summer. 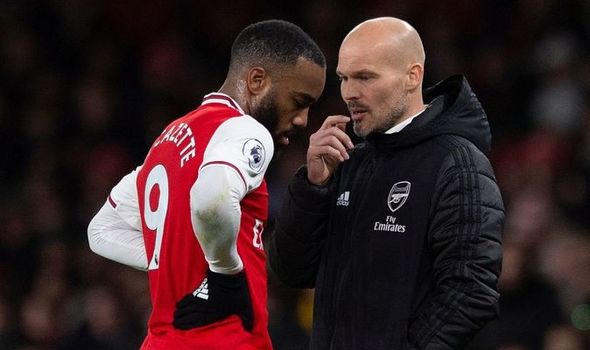 Now he is failing to pose any real threat and it could be time to move him back through the middle, at the expense of his French team-mate.

Before Arteta arrived, it was a problem that caretaker boss Freddie Ljungberg identified during his short spell in the dugout.

So much so, he decided to leave Lacazette on the bench for one game in which Arsenal were beaten 3-0 by City.

After the game, Ljungberg made it clear exactly why he felt the decision was necessary.

The Swede told beIN SPORTS: “You need to have balance in your team.

“We’ve taken the route against West Ham where we’ve played one of them to have more defensive organisation and we played well and won that game very clearly.”

Nearly a year down the line, Ljungberg’s observation still rings true as Arteta prepares to rearrange his attack. 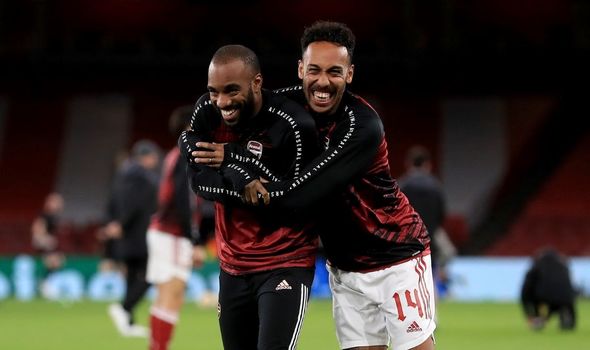 At the beginning of his tenure, Unai Emery was able to get the best from both Aubameyang and Lacazette as a pairing.

Beyond the 22-game unbeaten run, the two have failed to operate effectively together which was ultimately the reason behind Arteta’s decision to move Aubameyang out wide.

Willian will give Arsenal another option out wide when he returns while Nicolas Pepe is beginning to show signs of improvement.

The arrival of Thomas Partey also gives Arsenal more tactical flexibility and a 4-4-2 system could help bring the best from their current options.

While Arteta’s revolution has clearly helped this team improve, the Aubameyang and Lacazette equation remains a hindrance.

Tottenham hope to bring back 4000 fans for Everton clash

Ronald Koeman unhappy with Barcelona's misfiring attackers
Mohamed Salah accused of cheating by David Moyes before Liverpool scrape win
Best News
Recent Posts
This website uses cookies to improve your user experience and to provide you with advertisements that are relevant to your interests. By continuing to browse the site you are agreeing to our use of cookies.Ok