Arsenal are reportedly in position to snatch the signing of Gabriel Magalhaes from the clutches of Manchester United. The Lille star has emerged as a leading target for the Red Devils with Ole Gunnar Solskjaer in the hunt for a left-footed centre-back.

The defender has been one of the standouts in his position this season in Ligue 1 before the season was cut short due to the coronavirus.

He also impressed in the group stage of the Champions League against Chelsea and several Premier League clubs have watched him this season.

That includes Everton, who even welcomed Gabriel to Merseyside earlier in the year for talks.

The club were ready to seal a £27million deal in March before the coronavirus crisis through a major spanner in the works. 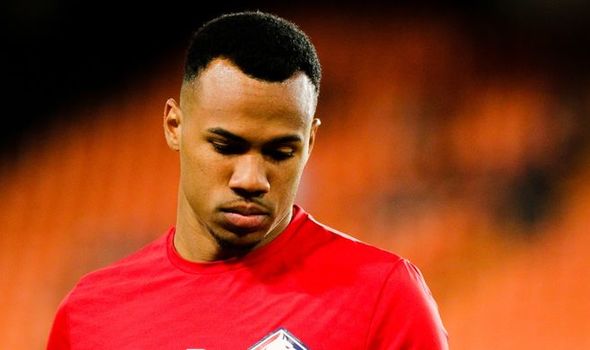 Due to the uncertainty of the current financial climate, the Toffees were forced to hold fire on the deal.

Now they have been joined by Manchester United, who are looking to bolster their options at the heart of defence.

However, according to French outlet France Bleu Nord, Arsenal are in place to conclude a deal for Gabriel should they wish to do so.

Mikel Arteta’s budget has been bolstered following their qualification for the Europa League, which was secured with FA Cup glory.

Arsenal are looking to overhaul several areas of their squad including at centre-back.

Sokratis Papastathopoulos has been told he is free to leave with William Saliba set to arrive in north London following his loan spell with St-Etienne.

Napoli were at the front of the queue for Gabriel following successful talks over a £45m deal for Victor Osimhen.

The Italians made it clear they wanted Gabriel to follow the Nigerian to Naples but they are yet to find an agreement. 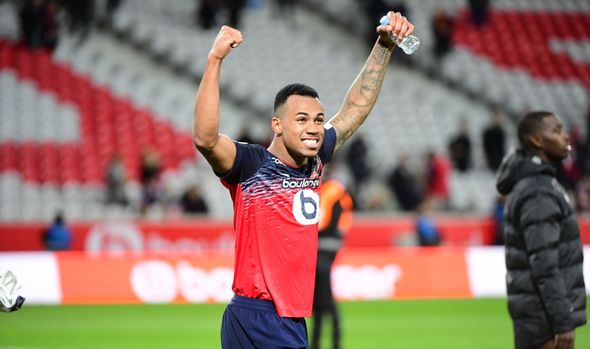 That’s where Arsenal and Manchester United come into play and if they want to complete a deal they must cough up just under £30m.

Ed Woodward is believed to have held talks with the players agents over the weekend but Gabriel is yet to make any decision on his future as of yet.

Lille have already signed his potential replacement in the form of Sven Botman from Ajax.

The French club are now preparing to lose the 22-year-old, who has also spent time on loan with Troyes and Dinamo Zagreb.

Champions League quarter-finals: All you need to know

Odsonne Edouard: If Joelinton is valued at £40m, what is Celtic striker worth?
Jose Mourinho’s warning to Man Utd star on day Alexis Sanchez completed transfer
Best News
Recent Posts
This website uses cookies to improve your user experience and to provide you with advertisements that are relevant to your interests. By continuing to browse the site you are agreeing to our use of cookies.Ok