Arsenal want at least £36million to part ways with Matteo Guendouzi this summer, reports say. Manchester United have joined the race to sign the midfielder, who has angered Mikel Arteta with his conduct in recent times. And Real Madrid and Barcelona have also been linked as the Gunners brace themselves for a potential departure.

Arsenal star Guendouzi was recently involved in a clash with Neal Maupay in the Gunners’ 2-1 defeat to Brighton.

He reportedly mocked the Albion star by bragging about his wages – which actually turn out to be less than what Maupay earns at the Amex Stadium.

Arsenal boss Arteta is now ready to sell Guendouzi, having grown tired of the 21-year-old’s attitude.

The incident against Brighton came after the Frenchman had been caught laughing during one of Arteta’s training sessions at their London Colney base.

And, now, L’Equipe say Arsenal want at least £36m to let the midfielder quit the Emirates this summer.

It’s claimed that United are now in the picture to sign Guendouzi, with Ole Gunnar Solskjaer always on the lookout for young talent. 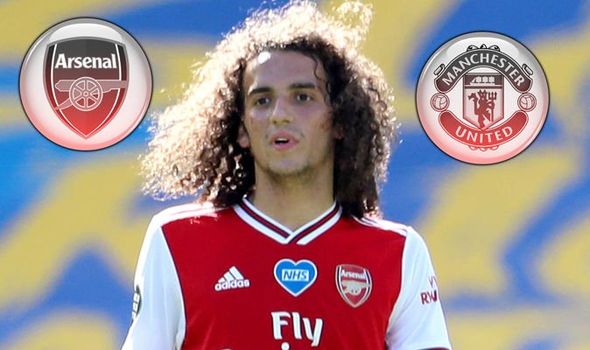 The Red Devils are blessed with midfielders at present with Paul Pogba, Bruno Fernandes, Jesse Lingard, Fred, Andreas Pereira, Scott McTominay and Nemanja Matic all on their books.

But it appears that, despite the players Solskjaer boasts, the Norwegian is interested in bringing Guendouzi to Old Trafford at the end of the campaign.

Zinedine Zidane’s side sit top of the La Liga table but know they require more if they’re to dominate Spanish football for the foreseeable future.

Toni Kroos and Luka Modric’s best days appear to be behind them at the Bernabeu and Zidane is on the lookout for fresher legs. 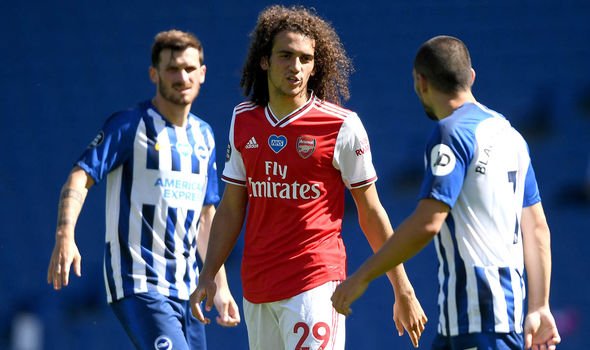 Barcelona have also been linked.

Yet the Catalan giants’ chances of signing another midfielder appear remote, particularly having negotiated the arrival of Miralem Pjanic with Juventus.

Meanwhile, Sky Sports pundit Jamie Redknapp has criticised Guendouzi for his attitude – insisting he must ‘earn the right’ to be a big player.

“He can definitely play, make no mistake about it. He’s got talent,” Redknapp said on Sky Sports.

“Yeah possibly [the question is around his temperament]. He acts like he’s a big player and he’s not yet.

“You’ve got to earn the right to be a big player.

“I remember the game last year at Southampton and Tony Adams was on and we did some analysis about him as a midfield player, not tracking runners, not working hard enough.

“I don’t like the messages that I hear about him, there’s been a couple of times Mikel Arteta has had to leave him out of the squad – at 21 years of age because you’re not doing things correctly, that shouldn’t be happening.

“That suggests there is something wrong at the club when that keeps happening.

“Imagine a young man behaving like that with the likes of Tony and Thierry Henry – it wouldn’t have happened.”

FA Cup predictions: Man Utd, Arsenal, Chelsea and Man City results predicted
United favourite Whiteside auctioning off his medals and memorabilia
Best News
Recent Posts
This website uses cookies to improve your user experience and to provide you with advertisements that are relevant to your interests. By continuing to browse the site you are agreeing to our use of cookies.Ok