Arsenal star Sokratis Papastathopoulos slammed his team-mate Granit Xhaka for posting so many pictures on Instagram in a unique and very Greek way. Xhaka shared an image of himself posing during training in good spirits ahead of tonight’s important clash against Leicester at the Emirates.

Sokratis decided to poke some fun on the midfielder by telling him to stop posting on social media every day and go to bed.

The defender decided to add some intensity to his comment as he used a common Greek curse word to illustrate his point.

Sokratis commented: “Go to sleep re malaka every day you post foto!!!” 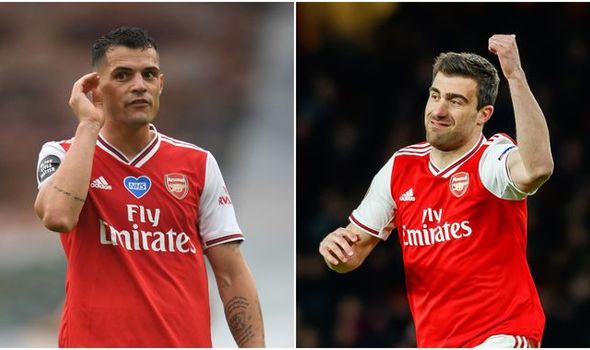 Xhaka and the Greece international are both available for the match against Leicester, which will be critical in the club’s hopes to qualify for Europe next season.

Arsenal boss Mikel Arteta will be without Mesut Ozil, who is dealing with a back problem whereas Matteo Guendouzi will also be omitted after being dropped by the Spaniard.

Pablo Mari remains sidelined with an ankle injury whereas Bernd Leno, Gabriel Martinelli and Calum Chambers are all nursing a knee problem. 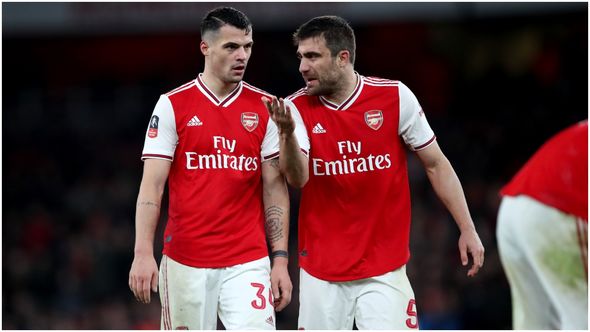 Arteta said in the pre-match press conference: “I think we have to win every game and then wait and pray. It’s not about winning one game. I think we need to go game-by-game.

“A few weeks ago, we were really far from even thinking about Europe and now we are a little bit closer at the moment. So let’s go game-by-game and see where it takes us.

“Well, I think Brendan and his staff have completely changed the style of play and the way they approach the games.

“It’s very clear what they [Leicester] are trying to do. They are very dominant.

“They’re one of the teams that has better possession in very difficult areas as well.

“In the Premier League, they’ve been really consistent – even though they’ve had some difficulties in the last few weeks – but since they joined, they completely changed the way they are playing and I think they proved against big teams as well that they’re going to sustain that influence against the stronger teams as well.

“Credit to them for what they’ve done.”

Man City backed to complete shock Pierre-Emerick Aubameyang transfer for one reason
Liverpool stance on Thiago transfer with Jurgen Klopp keen on different star
Best News
Recent Posts
This website uses cookies to improve your user experience and to provide you with advertisements that are relevant to your interests. By continuing to browse the site you are agreeing to our use of cookies.Ok