Arsenal manager Mikel Arteta must replace Rob Holding because the FA Cup final victory over Chelsea proved that he is “not going to be quite good enough”.

The Gunners won 2-1 against their London rivals at Wembley to lift the famous trophy for a record-extending 14th time.

Pierre-Emerick Aubameyang’s brace saw Arsenal come from a goal behind to get the better of Frank Lampard’s men for the first time this season.

It saw Arteta and co. crown a frustrating campaign, which saw them finish eighth in the Premier League, on a high note by securing silverware and also Europa League qualification.

But former midfielder Stewart Robson, analysing the match for ESPN FC on Wembley Way, thinks centre-back Holding – who struggled in the first half – was shown to be below the level needed at Arsenal. 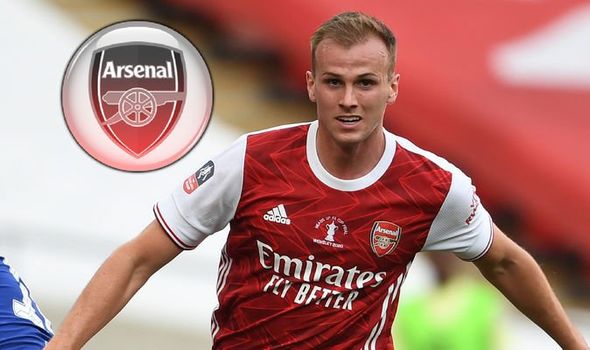 Chelsea goalscorer Christian Pulisic gave Holding trouble in particular on the right side of Arsenal’s back three.

“They’ve still got to get good centre-halves,” Robson, who spent six years in the north London outfit’s first team, said.

“Holding I think proved today that he’s not going to be quite good enough.”

Robson also picked out three more defenders who he believes Arsenal must improve on.

He continued: “Every time someone ran at him they got past him. David Luiz is past his best and still got mistakes in him. 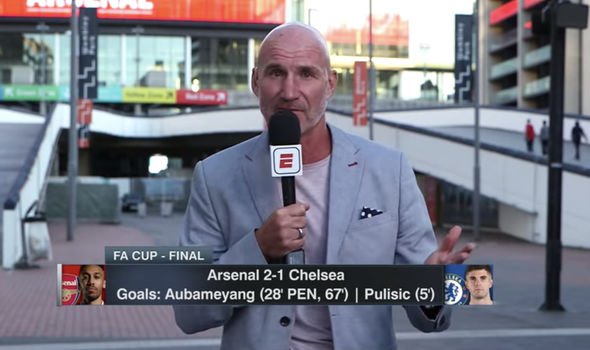 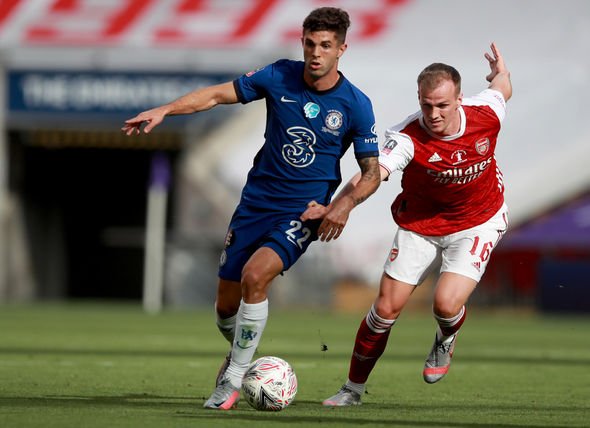 “Sokratis [Papastathopoulos] isn’t going to be there I would imagine for too much more, won’t get many games.

“[Sead] Kolasinac I’m not sure he’s quite good enough to make Arsenal go to that next level.

“A good quality centre-half who is good in the air and can defend well, that’s got to be their priority.”

Holding, Sokratis and Shkodran Mustafi are all thought to be players who could be moved on this summer as Arteta freshens up his back-line.

Meanwhile speaking after the win over Chelsea, the Spanish coach insisted he was both delighted and proud with the performance of his team.

“We can always use those moments to make some corrections and give valuable information to the players to help them on the pitch,” he said of using the drinks break to make tactical changes.

“I think after we conceded the goal was probably the best 35 or 40 minutes since I arrived here against a team that’s in my opinion one of the best in Europe now.

“The way they’ve been performing, the result they had against any team in the last few weeks, big credit to our players. 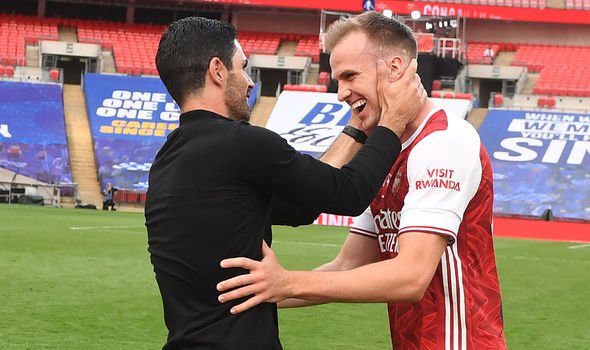 “I’m really proud of what we have achieved because I know the difficulties and everything that we have been through.

“For me personally it has been so tough in the last six months when a lot of things have happened in our lives but I had only one mission when I came here, to make the players and staff believe that we could do it.

“We had to change that energy and that mentality and just by seeing them in the dressing room altogether, the way they enjoy their profession and the time together is what makes me more proud.

“It’s a consequence of all that that we can achieve things and win titles together.”

Brandi Chastain: 1999 World Cup-winning celebration changed my life and landscape of women’s football
Chelsea losing Arsenal FA Cup final clash shows three players Frank Lampard must sell
Best News
Recent Posts
This website uses cookies to improve your user experience and to provide you with advertisements that are relevant to your interests. By continuing to browse the site you are agreeing to our use of cookies.Ok