Arsenal’s FA Cup win is set to wreak havoc on the start of Tottenham’s season as Spurs now have to face qualifying rounds before their inception into next season’s Europa League. Arsenal have some fixture congestion of their own, however.

Christian Pulisic put Chelsea 1-0 up but Aubameyang’s penalty and second-half chip put the Blues to bed.

Arsenal picked up their 14th FA Cup trophy thanks to their hard-fought victory, and have now qualified for next season’s Europa League as a result. 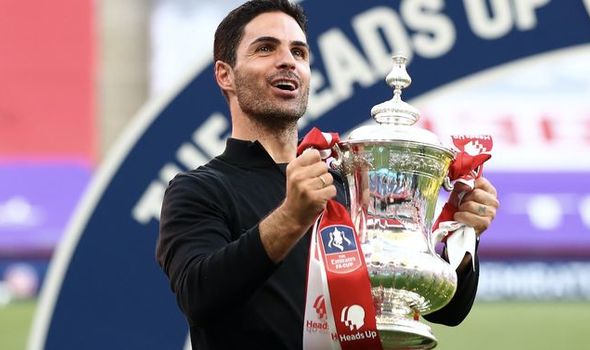 Arteta’s side finished eighth in the Premier League so had to win the FA Cup to qualify.

And their victory is bad news for Tottenham, who finished sixth in the league, as they have now been relegated to the qualifying rounds.

Spurs will now have three one-off games to play from September 17, one week after another.

The fixture congestion so soon after the September 12 Premier League restart is likely to give Jose Mourinho a few personnel problems.

Arsenal, however, also have a little fixture congestion to deal with.

They now have to play the Community Shield final against Liverpool on August 29.

That’s just 12 days after the players are supposed to come back to pre-season training. 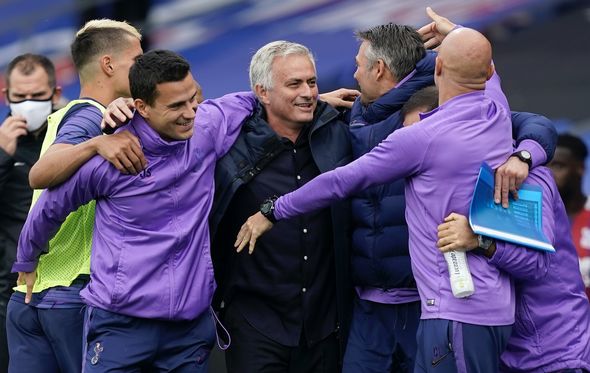 It’s likely that both Liverpool and Arsenal put out weakened sides for the Wembley curtain-raiser.

Arteta said after his side’s win: “I think it’s even better winning this than as a player.

“It’s such a special day. Hopefully we made a lot of people happy.

“Thank you to all our staff and the people upstairs who made the decision to give me this incredible opportunity to manage a club that I have in my heart.”

Arsenal boss Mikel Arteta tipped to make two signings as Aubameyang statement made
Man Utd chief Ed Woodward using Bruno Fernandes blueprint to capture next signing
Best News
Recent Posts
This website uses cookies to improve your user experience and to provide you with advertisements that are relevant to your interests. By continuing to browse the site you are agreeing to our use of cookies.Ok