Arsene Wenger chose to stick by his guns when passing up on the opportunity to buy Cesc Fabregas back from Barcelona. The Arsenal youth turned first team star left the Gunners in 2011.

Fabregas emerged as one of Arsenal’s finest talents, winning an FA Cup and being a part of the side that finished runners up in the Champions League. But after seven senior seasons at the club the midfielder returned to Barcelona. The lure of playing alongside Lionel Messi at the Nou Camp was too much.

The Spaniard played regularly in all three seasons he was there, scoring 42 goals in 151 appearances. But following Pep Guardiola’s exit, positional and formation changes hampered Fabregas. Xavi’s enduring presence also kept Fabregas at bay, even though the former Barcelona captain had urged the young Arsenal starlet to join.

JUST IN: Arsenal make Jack Wilshere decision as star looks for next club 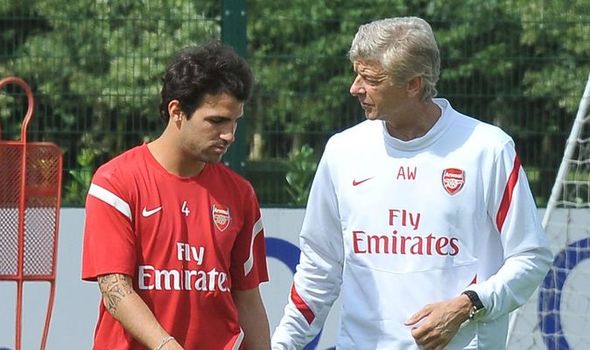 “There’s a little thing with Xavi in 2010 before the World Cup he told me ‘you have to come, my Achilles, I will not last too long’ – and then I came and he still played for five years and that didn’t help,” Fabregas previously joked.

“But 100 per cent it didn’t help there were so many midfielders and there was one less spot than when I came under Pep.”

It became very clear after his third season, in the summer of 2014, Fabregas would leave Barcelona. Manchester United were keen but failed to get the transfer done. Instead Fabregas moved to Chelsea. 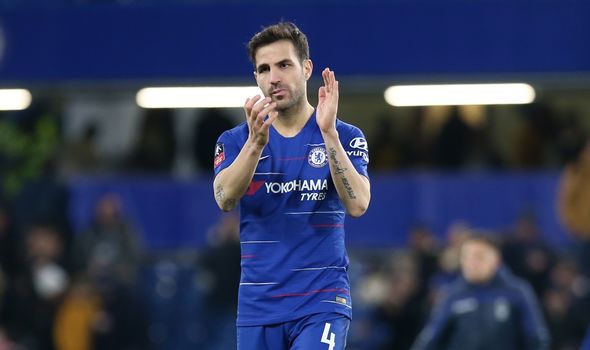 But what about Arsenal? Fabregas would have preferred a move back to north London and Arsenal had first refusal. They, probably to their detriment, declined the offer.

Speaking to The Athletic, Wenger has now explained why he rejected the chance to re-sign the midfielder.

“Because it was a general guidance for me to say that ‘if you go out here you don’t come back’,” he said.

“It was a way to retain the players who sometimes wanted to see if the grass was greener somewhere else.

“I did it for Thierry Henry, Sol Campbell, Jens Lehman but it was different. You know with the young players who left I didn’t like to do it.” 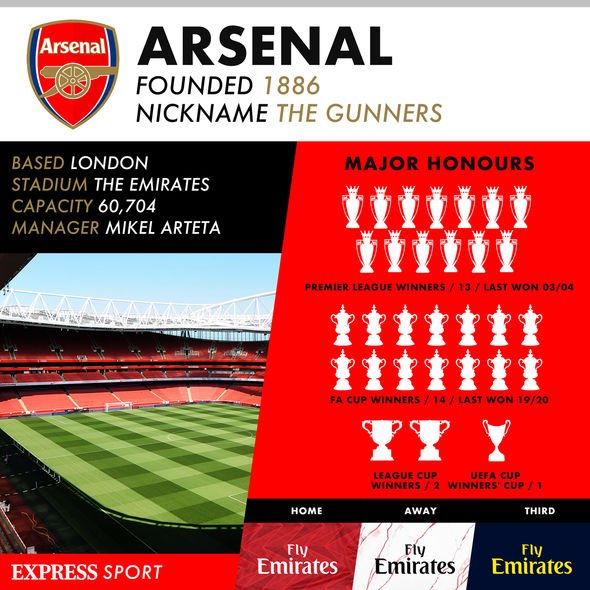 Fabregas has also spoken about Arsenal’s role in his Chelsea transfer.

“Once I made the decision to leave Barca, Arsenal had the first option, and Barcelona had the obligation to contact Arsenal first,” he said.

“Then they had a week to basically respond yes or no to the buy-out clause.

“I knew Chelsea were on the side, among other clubs, but after I spoke to [Jose] Mourinho in the meantime he convinced me that it was a great place to come.

“The week passed, Arsenal never responded, never contacted me either, so I took it as them having enough players in their squad, so I made my move to Chelsea.”

What channel is Man City vs Arsenal on? TV, live stream, kick-off for Premier League game
Get set for derby weekend! SIX big clashes between bitter local rivals
Best News
Recent Posts
This website uses cookies to improve your user experience and to provide you with advertisements that are relevant to your interests. By continuing to browse the site you are agreeing to our use of cookies.Ok