Assombalonga’s eighth league goal of the season and a late Ashley Fletcher penalty stole Boro a second win under new boss Niel Warnock and a big boost in their bid to avoid the drop.

Fletcher fouled Jake Cooper in the build-up to Assombalonga’s goal however, the 24-year-old clearly clipping the Millwall defender’s heels, before sauntering in on goal and playing in Assombalonga. 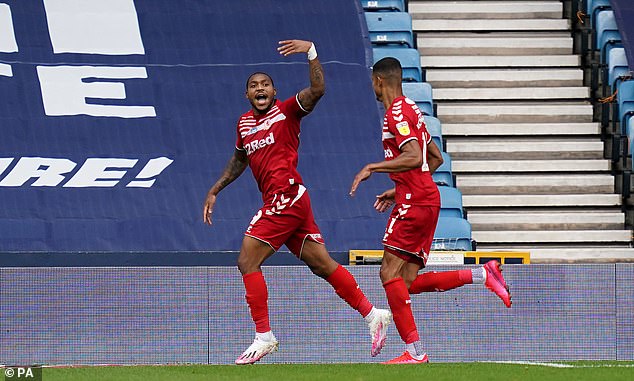 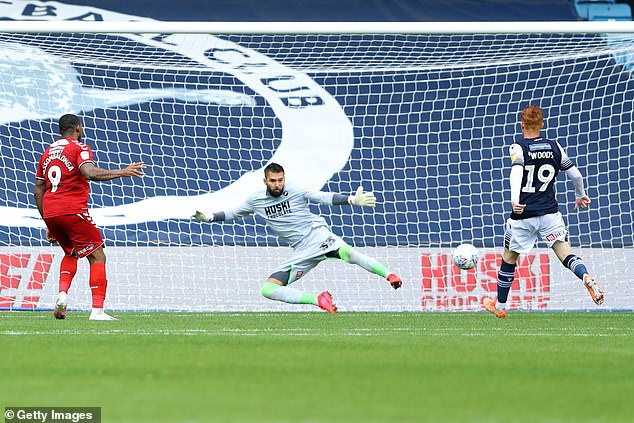 Just when Millwall had calmed down however, Cooper felled Fletcher in the box, and the day’s controversial figure stepped up and buried the resulting spot-kick.

The loss will prove a dent in Millwall’s bid to reach the play-offs, while Warnock will happily grab all three points.

Matt Smith wasted the best chance of a gritty first half, the bulky striker towering over the Boro defence and yet still heading well over from a corner.

Millwall saw more of the ball and played far the neater football, with Woods the best player on the field.

The Stoke loanee bossed the base of the Lions’ midfield, but was unable to coax those in front of him into a breakthrough despite initiating a string of threatening moves.

Shaun Hutchinson pulled off a fine block to deny Assombalonga a close-range opening for the visitors, before Djed Spence’s flimsy penalty shout was rightly dismissed.

Warnock cut his usual animated, dissatisfied figure on the touchline as he corralled the visiting players back into the changing rooms at half-time. 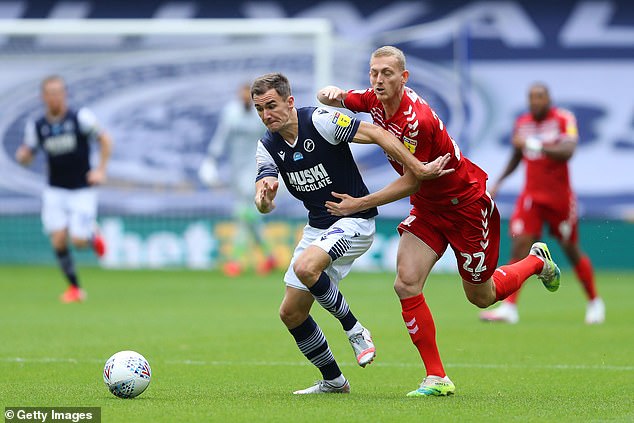 And his words at the interval had enough of an impact to spur his side into upping the tempo.

Paddy McNair blazed over from near the penalty spot in a glaringly profligate effort however, letting Millwall off the hook right after the restart.

Millwall rallied quickly enough however, and Smith was unlucky not to break the deadlock with a smart header.

Dejan Stojanovic’s snap save thwarted the Lions, with the Boro goalkeeper then called into action just moments later to deny Connor Mahoney with his legs.

Millwall’s resurgence was stopped in its tracks however, as Assombalonga profited from Fletcher’s clear foul to slot home an easy finish. 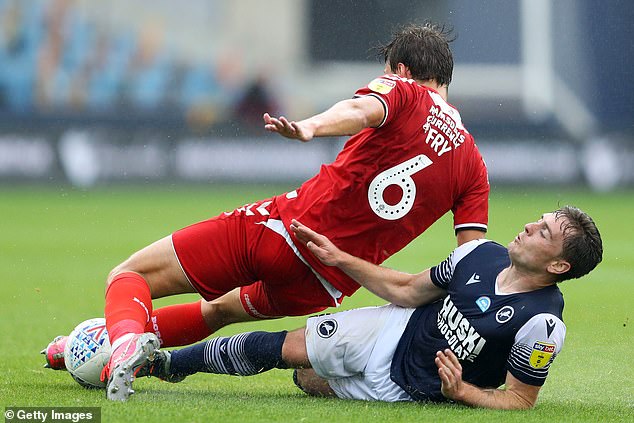 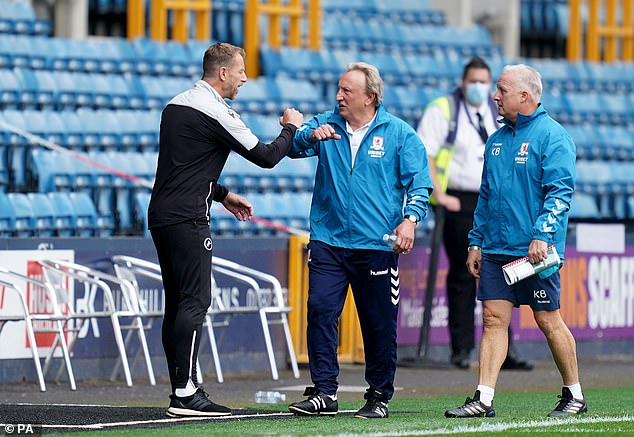 Fletcher illegally clipped Cooper’s legs without censure, coasted through the space and played in Assombalonga with a simple square ball.

As the goal stood, the Millwall players’ fury increased, but to no avail.

Millwall battled on but could find no way back into the match. And to add insult to injury, Cooper was caught out and conceded a penalty for hacking down Fletcher in the area.

The gleeful Boro forward lashed home the spot-kick, to send his bench delirious at three hugely valuable points in the battle for survival.

Mason Greenwood offered 'life-changing amount of money' to leave Man Utd
Wigan 1-0 QPR: Kieffer Moore is the hero for hosts to secure vital win
Best News
Recent Posts
This website uses cookies to improve your user experience and to provide you with advertisements that are relevant to your interests. By continuing to browse the site you are agreeing to our use of cookies.Ok