Divock Origi is the subject of interest from Aston Villa this summer and there is a feeling that he could be set to leave Anfield before the start of next season. Whatever happens, Origi has already etched his name into Liverpool folklore following his outstanding contributions in the 2018/19 season.

Following a difficult loan spell with Wolfsburg, Origi’s time at the club appeared to be up before Jurgen Klopp offered him a lifeline.

It was an opportunity the Belgian grasped with both hands, scoring a memorable 96th-minute winner against Everton and a last-gasp header against Newcastle during the Premier League title run-in.

He was also the European hero, scoring a Champions League semi-final double to down Barcelona in Liverpool’s historic 4-0 comeback before netting in the final against Tottenham in Madrid.

Now could be the right time to part company with the Reds and go in search of regular game time. 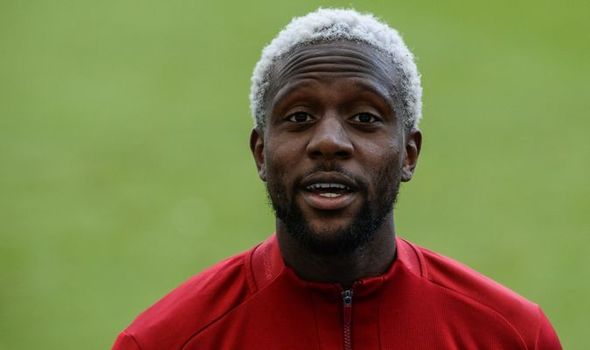 Villa appear to be ready to make a move for Origi, should Liverpool make him available.

That’s according to the Daily Mirror, who report that Dean Smith is looking to bolster his attacking options after guiding the club to safety on the final day of the season.

Liverpool are said to value Origi at around £25million and the player has already dropped a hint that he could be off last summer.

After the club lifted the Premier League title, Origi was the last player off the field at Anfield as he paused to reflect by himself for a moment, staring at the Kop.

He will always be held in high regard by Liverpool but he has struggled for game time in the shadow of Mohamed Salah, Sadio Mane and Roberto Firmino.

Former striker Kevin Phillips believes the likes of Aston Villa could benefit from his big-game reputation and experience.

“I do not think he would want to leave Liverpool and go to a team that could be scrapping for survival again next season but I could be wrong,” he told Football Insider.

“Divock has been there for a while and he might be fed up with being on the fringes.

“He has won the Champions League and the Premier League and now he might just want to go and play football.

“When you go to somewhere like Villa or Leeds from Liverpool you expect to be playing virtually every game. That might be in the player’s thoughts.”

Jets fly high over Phoenix
Jadon Sancho: Borussia Dortmund winger happy to play with club’s ‘special young players’
Best News
Recent Posts
This website uses cookies to improve your user experience and to provide you with advertisements that are relevant to your interests. By continuing to browse the site you are agreeing to our use of cookies.Ok