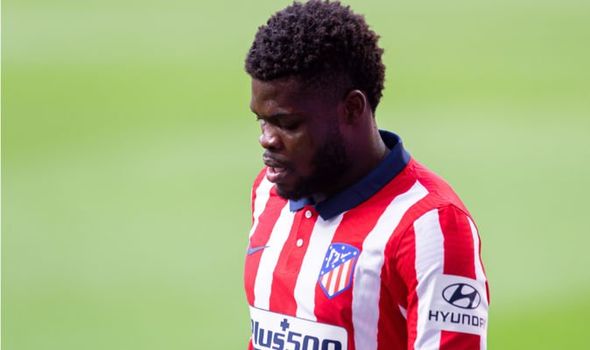 Diego Simeone is thought to be angry that he was powerless to stop the transfer going through.

Arsenal sent proof of funds to the La Liga headquarters which gave them permission to speak to the Ghana international.

Partey completed a medical in Spain and he will not link up with his new team-mates until after the international break.

“The player has therefore unilaterally terminated his contract with our club, which ran until June 30, 2023.”

Theo Walcott: Southampton sign Everton winger on season-long loan
Arsenal secure Thomas Partey transfer after meeting £45m Atletico Madrid clause
Best News
Recent Posts
This website uses cookies to improve your user experience and to provide you with advertisements that are relevant to your interests. By continuing to browse the site you are agreeing to our use of cookies.Ok