Barcelona star Ousmane Dembele is being persuaded into joining Manchester United, according to reports. The France international has never lived up to his potential over at the Nou Camp following his move from Borussia Dortmund three years ago. And, now, a move to Old Trafford could be on the cards.

Barcelona had high hopes for Dembele when they signed him in the summer transfer window of 2017 as Neymar’s replacement.

However, injuries and inconsistencies have blighted his time at the Nou Camp and, as a result, the La Liga giants are now willing to sell.

And Cadena Ser say the 23-year-old is being persuaded into joining United.

The report doesn’t mention by who but it seems increasingly likely that the France international could be set to chance his arm in the Premier League. 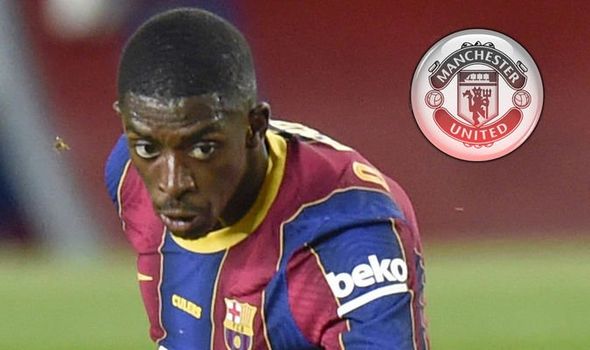 It’s claimed that those involved in negotiations are ‘moderately optimistic’ about the possibility of the forward leaving Barcelona after three underwhelming years.

But any deal would have to suit United, who are only after a loan at the current moment in time.

The Red Devils would still love to sign Jadon Sancho from Borussia Dortmund, despite the Bundesliga giants demanding £108million for their prized asset.

And Dembele would only be an alternative to the 20-year-old, who managed 34 goal involvements from as many matches last term.

Barcelona boss Ronald Koeman was recently coy when quizzed about Dembele, saying: “The first thing to say is that it is up to the club and to the player. 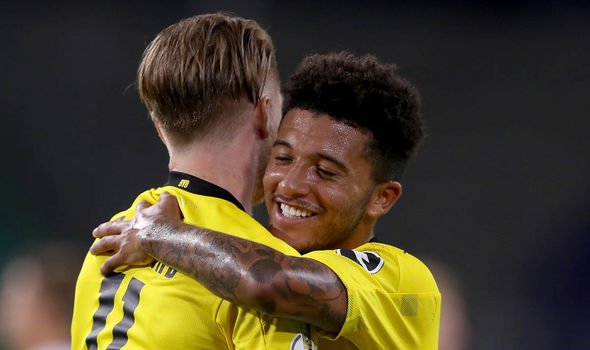 “But he is with us and as we’ve seen in recent weeks I am counting on him….he has to wait to play but he is training well, getting fitter.

“I want to say that I am counting on him.”

Sky Sports News reporter Dharmesh Sheth, meanwhile, claims Dembele is one of four Sancho alternatives being eyed by United behind the scenes.

He told The Transfer Show: “It is thought United are working on at least four alternatives to Sancho.

“While Cavani and Jovic aren’t seen as like-for-like replacements, I think Manchester United’s priority is to strengthen the depth of that forward line.

“With Cavani, Man Utd would have to take into account his wages and his age – he’s 33 years old – and also the length of the contract he would want at this stage of his career.

“As for Jovic, the Real Madrid boss Zinedine Zidane won’t rule out a departure. There are reports coming from Italy that he’s been offered to Roma.

“Then there is Sarr. If Manchester United fail to get Sancho, Cavani or Jovic, all is not lost because they can still buy Sarr until the domestic deadline on October 16 because Premier League clubs and EFL clubs can still do business after October 5 so they have another 11 days to maybe get a deal done.

“Manchester United’s interest in Sarr can almost take a back seat, they can use it as a watching brief just now, unless someone else comes in for him, of course.”

Liverpool vs Crystal Palace prediction: How will Premier League fixture play out tonight?

Matt Judge has been Manchester United's Mr Invisible – but not now

Stats show Man Utd need to prioritise Jadon Sancho transfer over Ousmane Dembele
Mourinho inspired Spurs to beat Chelsea – so is he winning fans over?
Best News
Recent Posts
This website uses cookies to improve your user experience and to provide you with advertisements that are relevant to your interests. By continuing to browse the site you are agreeing to our use of cookies.Ok