Barcelona transfer target Memphis Depay has flirted with a move to the Nou Camp after Holland’s 1-1 draw with Spain on Wednesday. The Netherlands international was linked with a move to the La Liga giants during the summer transfer window. And manager Ronald Koeman retains an interest in his compatriot.

Barcelona appointed Koeman as Quique Setien’s replacement back in the summer, with the former Southampton and Everton boss hired in the wake of the club’s 8-2 Champions League battering to Bayern Munich.

He then set his sights on signing Depay, having previously managed his compatriot at international level.

Barcelona had hoped to offload Ousmane Dembele to make room for Depay, with Manchester United keen on signing the France international.

But that didn’t happen, meaning Depay had no choice but to stay put.

And, speaking after Holland’s 1-1 draw with Spain, the 26-year-old admitted he’d be flattered to join Barcelona in the future – but insisted he was happy in his current environment.

“About Barca, I don’t know. The transfer market is not open,” he said after Donny van de Beek cancelled out Sergio Canales’ strike. 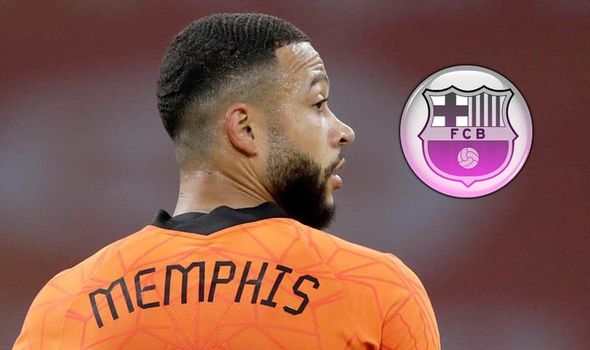 “I have no head on that. I’m trying to do my best, to do good performances to become a better player. There is a lot of speculation about it.

“Who wouldn’t want to play there? It is one of the best teams in the world.

“Everybody would like it, but I’m not thinking about that.”

Speaking in October, Depay revealed his move to Barcelona was close to completion, before adding he was focused on life at Lyon.

“It is going as it should, that’s how I live life,” Depay said.

“I have to focus on Lyon again, be important and then we’ll see how things go.

“Nobody can see into the future. If I just do my thing, interest will remain. 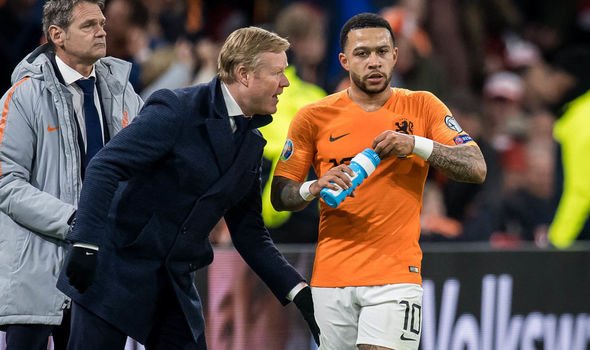 “Maybe it will work then. I have to switch that switch now.

“Yes, it was pretty close. We don’t have to go into all the details, but indeed we were nearly done.

“Unfortunately, certain rules stopped it. I believe that everything in my life happens for a reason. If it has to happen, it will happen.”

Koeman refused to talk about Depay when recently quizzed on his compatriot.

“Now is not the moment to talk about players who aren’t here. For me, it’s not good,” said the Barcelona manager.

“It’s true his name has come out and he’s played every game with our national team as a No 9.

“Everyone can have their opinion, but not here, and we’ll see what happens in the future.”

Koeman also admitted Antoine Griezmann needed to rebuild his confidence, with the France international toiling ever since his move from Atletico Madrid in 2019.

“He needs a bit more confidence and scoring goals always gives you that confidence,” he said.

“You can’t say he doesn’t work, he works a lot, but maybe he feels a little more free when he’s with the national team, having been with them a long time and always playing in the same position.

“There’s are many more things besides, but a player who is working and trying so much to change things, I think in the end he’ll get to where he wants to be.

“His best position is maybe more central, as a No 9, a No 10 behind a nine, with a lot of freedom on the right wing cutting in, with [Ousmane] Dembele playing more outside. They’re positions in which he can give a lot to this team.”

Arsenal outcast Ozil launches new streetwear clothing brand
Heather Knight: Greg Clarke comments highlight 'issues' around women's sport
Best News
Recent Posts
This website uses cookies to improve your user experience and to provide you with advertisements that are relevant to your interests. By continuing to browse the site you are agreeing to our use of cookies.Ok