Bayern Munich boss Hansi Flick joked that Thiago Alcantara told him he had decided to snub a move to Liverpool this summer and stay with the Bavarians after winning the Champions League final on Sunday. Thiago is expected to leave Bayern this summer, but could be offered a new contract and convinced to stay.

Thiago played a starring role in the Champions League final on Sunday.

The Spanish midfielder dominated the middle of the park throughout and dictated the tempo of the match.

He produced numerous chances for his team-mates and played a vital role in sweeping up PSG attacks before they got to the defence.

It could well have been Thiago’s final game at the club, as he is believed to be keen to move on this summer. 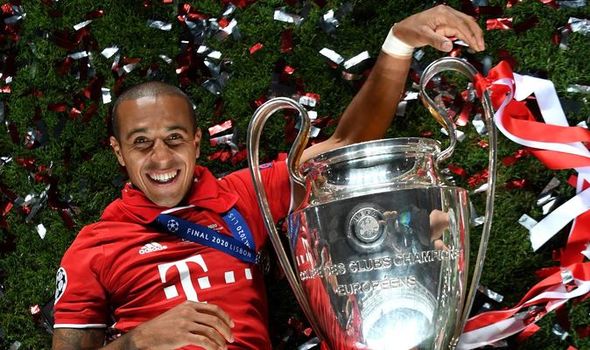 Having been at the club for seven years, he is now preparing for the final season of his contract, with no intention of signing a new deal.

Liverpool are keen to make a bid, and are reportedly ready to enter into negotiations now that Bayern’s season is over.

The Bundesliga giants are demanding £27million for the 29-year-old, and will gladly let him go for free next summer if they don’t receive that fee.

The player himself is said to have his heart set on a move to Anfield, and has even found a house in the local area ahead of the negotiations.

But Flick insisted that the midfielder is still yet to make his mind up over his future, and could still stay next year.

“He told me that he would stay [at Bayern],” the boss joked after the match.

“I just thanked him.

“I don’t know [where his future lies], he doesn’t know himself yet. 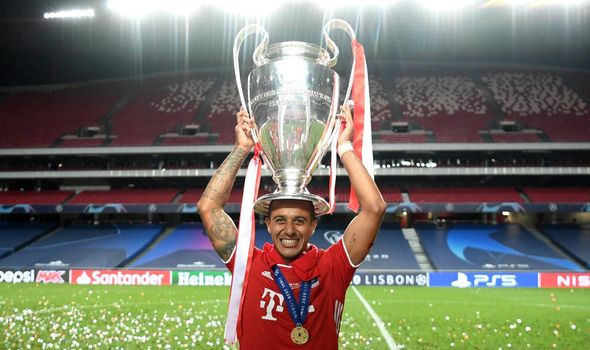 “We’ll have to wait and see what happens in the next few days.”

Arsenal are believed to be waiting in the wings if Liverpool are unable to get a deal over the line for the Spanish international.

However, they would need to sell midfielders first, and get Bayern to reduce their asking price.

Pierre-Emerick Aubameyang reveals how Arsenal captaincy has 'changed' him

Gattuso calls for calm after Victor Osimhen wows with hat-trick

Neymar and Kylian Mbappe send messages after PSG lose Champions League final
Tottenham manager Jose Mourinho hailed for £30m transfer plan after personal contact
Best News
Recent Posts
This website uses cookies to improve your user experience and to provide you with advertisements that are relevant to your interests. By continuing to browse the site you are agreeing to our use of cookies.Ok