Bayern Munich have confirmed the £55million signing of Leroy Sane – hours after the German giants were forced to apologise for accidentally publishing pictures of the winger signing his contract before an official announcement was made.

Sane put pen to paper on a five-year deal with the Bundesliga champions, keeping him at the club until June 2025.

But before either club could confirm the deal, official photos of the 24-year-old signing his new contract were posted on the Arabic version of Bayern’s website on Thursday, shortly before they started doing the rounds on social media. 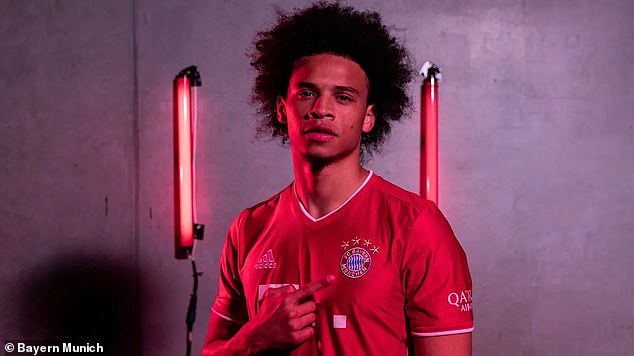 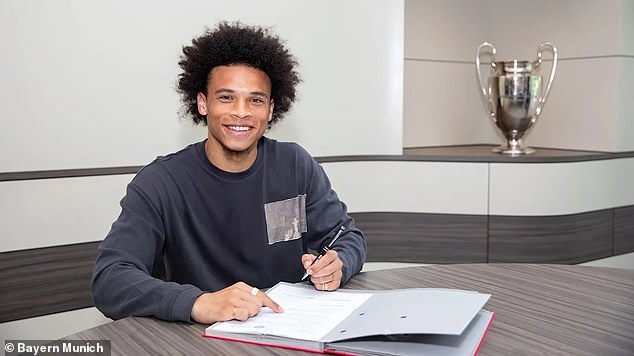 With Sane’s move now done and dusted, the Germany international insisted that he couldn’t wait to try his hand at a new challenge back in his homeland.

Sane told Bayern’s official website: ‘FC Bayern is a great club with big goals – and these goals suit me as well. I’m looking forward to the new challenge and can’t wait to train with the team.

‘I know Hansi Flick from the U21 national team, we had a very good relationship there. I want to win as many trophies as possible with FC Bayern, and the Champions League is the top priority.’

Sane also thanked the City fans for their support following his move, after bringing the curtain down on his four-year stay at the club.

He said via a post on Twitter page: ‘Thanks so much for the great time and all the support over the last 4 years. It has been a really intense and successful time which I surely won’t forget. We won many games, scored a ton of goals, broke a couple of records and celebrated 7 trophies together. 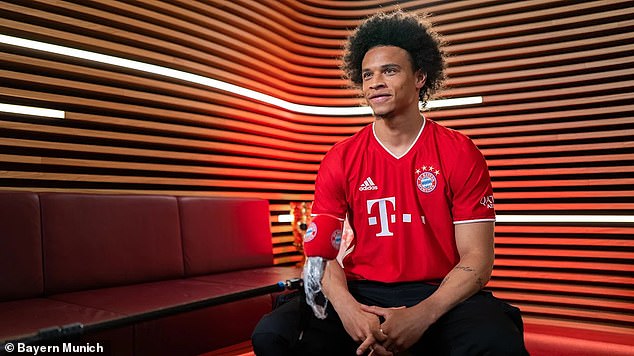 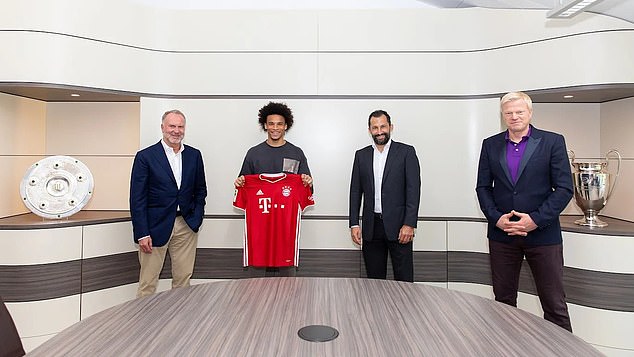 ‘Thanks to all the fans, to the staff and to my team-mates! I will always remember this time with great joy and pride. Also thanks to my coach who has made me a better player and has a large share of my PFA Young Player of the Year award 2018. I’ve learned a lot and I’m very proud to have been part of this journey.’

In what may prove one of the most expensive transfers of the summer, City accepted an offer worth an initial £45m plus £10m in add-ons, after he entered the final year of his contract at the Etihad.

Sane was valued at more than £130m last summer as the two clubs haggled over the asking price, before an anterior cruciate ligament injury Sane sustained in the Community Shield halted the deal.

Sane has played just once since then, an 11-minute cameo in last week’s 5-0 rout of Burnley.

Sane, who has 21 caps for Germany, will start training with his new Bayern team-mates from next week, but will not be able to play for them in the Champions League this season. 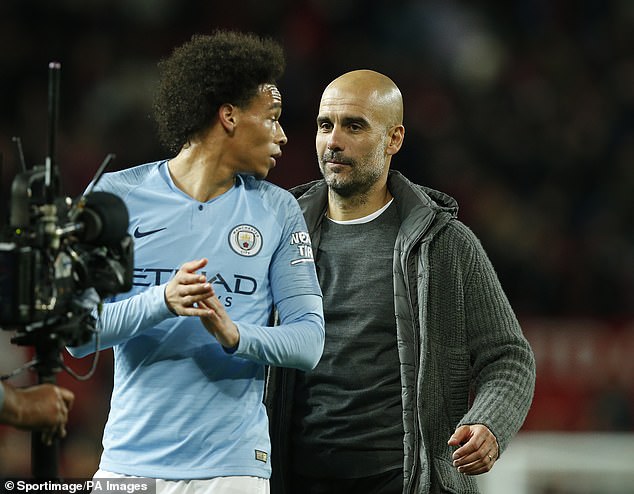 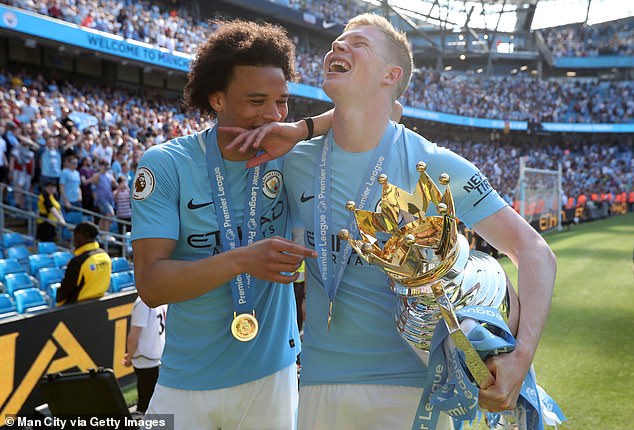 Bayern CEO Karl-Heinz Rummenigge added that he was delighted to finally welcome Sane to the Allianz Arena – having been linked with the player since last summer.

He added: ‘We’re very happy to welcome Leroy Sané to FC Bayern. He is an outstanding player who has proven his qualities over the past few years, especially in the national team.

‘Our goal is to gather the best German players at FC Bayern and the signing of Leroy emphasises this goal. I would like to congratulate Hasan Salihamidzic on successfully concluding the transfer.’

Liverpool 'very close' to deal for Bayern Munich's Thiago Alcantara
Pep Guardiola ‘delighted’ with Man City’s thrashing of Liverpool as perfect preparation to face Arsenal and Real Madrid
Best News
Recent Posts
This website uses cookies to improve your user experience and to provide you with advertisements that are relevant to your interests. By continuing to browse the site you are agreeing to our use of cookies.Ok