Robert Lewandowski hit a double as Bayern Munich cruised to victory over Chelsea in the Champions League.

A monumental task was made almost impossible for the Blues when Willy Caballero conceded a penalty early on, which Robert Lewandowski gleefully slotted home.

The lead was doubled after some relentless pressing from the hosts saw Ivan Perisic eventually capitalise with a neat finish.

Callum Hudson-Odoi’s long-range effort nestled into the bottom right corner, but VAR denied him with Tammy Abraham ruled offside in the build-up.

The England striker did pull one back from close range after Manuel Neuer’s error, but Corentin Tolisso and Lewandowski’s second ensured Frank Lampard’s Chelsea ended their season with two cup defeats – here are the ratings from the Allianz Arena. 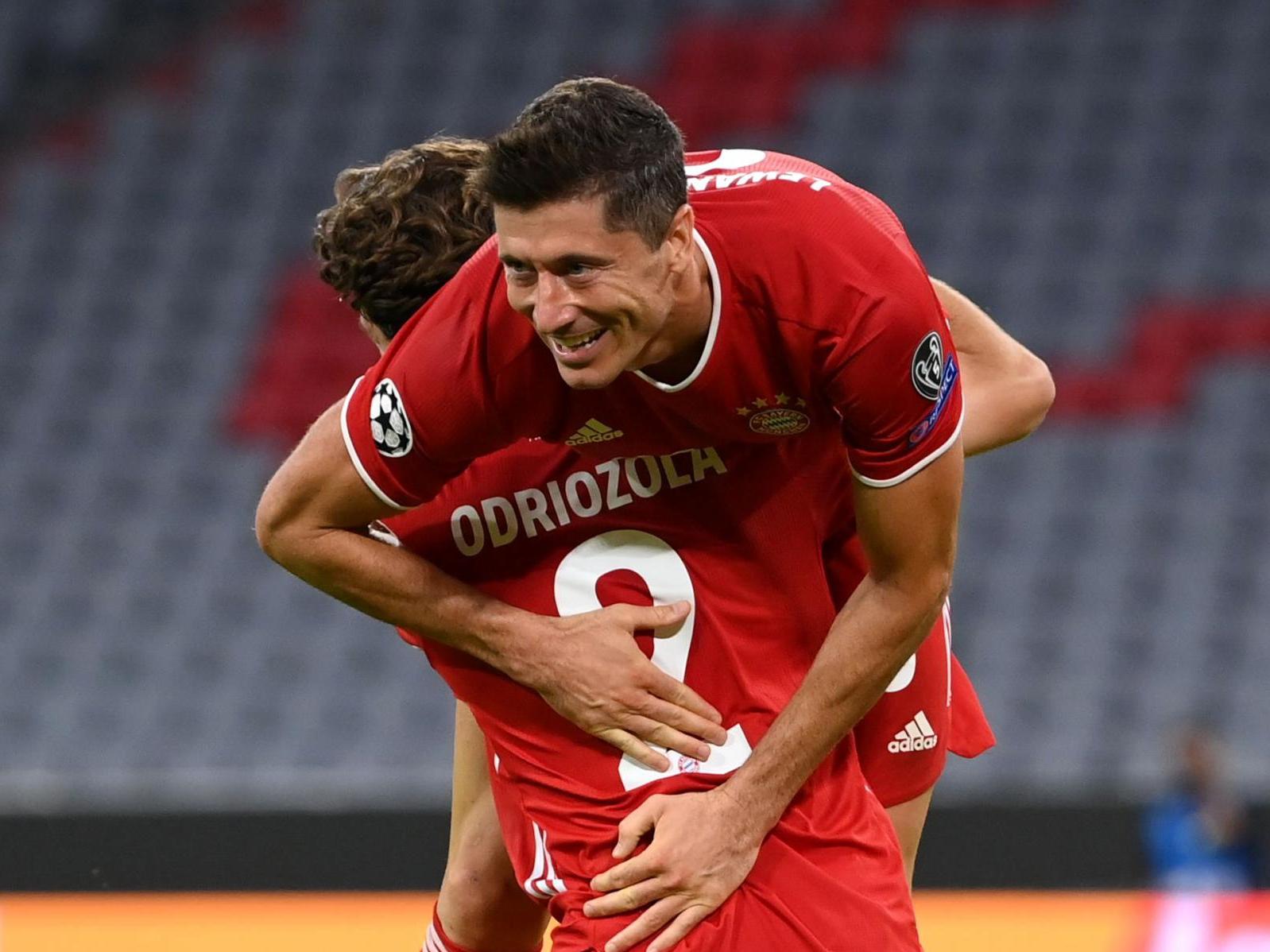 Manuel Neuer 4: A mess for Tammy Abraham’s goal, while he will have breathed a sigh of relief after VAR ruled out Callum Hudson-Odoi’s goal, which was well struck, but the German shot-stopper might have done better.

Joshua Kimmich 7: Proved to be excellent at right-back and another great option for Flick instead of at the base of the midfield.

Jerome Boateng 6: Caused trouble by Abraham at times, but managed to find ways out and moved it quickly.

Alphonso Davies 7: Excellent again, while not totally taking the game over like at Stamford Bridge, he was relentless down the left as an outlet.

Leon Goretzka 7: Excellent drive down the left to help Davies overlap. Provides an extra presence lacking when Flick opts for Thiago and Kimmich.

Ivan Perisic 7: Took his goal nicely and justified his selection from the start.

Thomas Muller 7: Tremendous movement to arrive into the box at the right moment, should have scored, but he helps Lewandowski brilliantly with his energy.

Robert Lewandowski 10: Emphatically taken penalty and superb header, even if unchallenged. Two lovely assists too. A well-rounded display and the complete forward on this evidence.

Willy Caballero 4: Forced into a poor challenge for the penalty and failed to command his box.

Reece James 6. Coped well in the circumstances against a rampant Alphonso Davies, while adding good discipline when getting forward.

Andreas Christensen 5: Struggled to cope with Lewandowski and respond to the fierce pressing from the Germans.

Emerson 3: Caught high up for the second goal, but while his cross ended up forcing Manuel Neuer to inexplicably gift Tammy Abraham a goal, his defensive duties were badly lacking – as proven by Corentin Tolisso’s third on the night for the hosts.

N’Golo Kante 6: A tough ask for his first start since injury, but pressed well and flanked the front line to give Bayern something to at least consider at times.

Mateo Kovacic 4: An off night, looked tired and made some bad decisions, while the error for Ivan Perisic’s goal was woeful for a player of his calibre.

Ross Barkley 5: Worked better when switching roles in the second half, moved it on nicely without ever causing Bayern a real issue.

Callum Hudson-Odoi 7: Much better when switched to the left, with his ill discipline allowing Alphonso Davies too much freedom down the left at first. Cruelly denied a brilliantly taken goal from outside the box by VAR.

Tammy Abraham 8: Outstanding workrate, strength while holding the ball up and instinct to spin and provide a presence in the box – which saw him score.

Who Arsenal should sell, loan and buy this summer in transfer breakdown

MLS to resume 2020 regular season with schedule announcement
Ferdinand claims Thiago would be a 'dream' signing for Liverpool
Best News
Recent Posts
This website uses cookies to improve your user experience and to provide you with advertisements that are relevant to your interests. By continuing to browse the site you are agreeing to our use of cookies.Ok