Ben Chilwell may miss the start of next season due to the heel injury that has kept him out of Leicester’s last three matches.

The England defender, a transfer target for Chelsea, has already been ruled out of the Foxes’ remaining games, at Tottenham on Sunday and against Manchester United next weekend, and manager Brendan Rodgers cannot count on his involvement in the start of the 2020-21 campaign.

Rodgers is confident Leicester will not need to sell any players, with Chelsea manager Frank Lampard known to be an admirer of the 23-year-old. 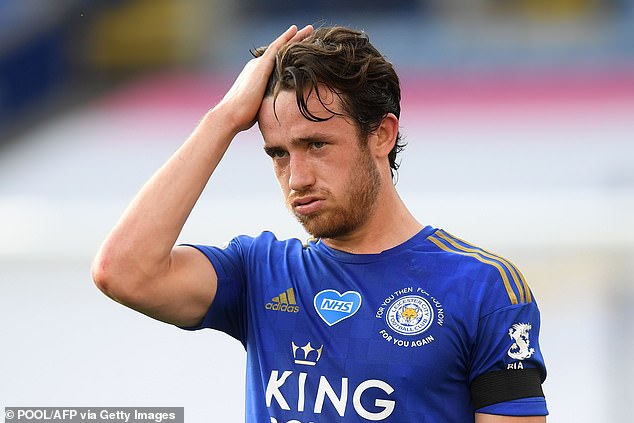 Rodgers expects James Maddison, who has a hip injury, to be back for pre-season but when asked for a timescale on Chilwell’s fitness, he said: ‘We just need to wait and see on that. It’s an injury that will last over a number of weeks.’

Asked whether academy product Chilwell had played his final game for Leicester, Rodgers said: ‘I am not worried at all. We’ve got a fantastic squad that we want to keep together, so I don’t worry.

‘There’s no intention to sell Ben Chilwell and there is absolutely no need for us to sell him.’

Teenage kicks! Greenwood is following in Rooney's footsteps
Kane and wife confirm they’re expecting third child with touching Instagram post
Best News
Recent Posts
This website uses cookies to improve your user experience and to provide you with advertisements that are relevant to your interests. By continuing to browse the site you are agreeing to our use of cookies.Ok