Bannan scored the only goal to earn Wednesday their first Sky Bet Championship win since the opening day of the season and end Birmingham’s unbeaten league start under new head coach Aitor Karanka.

It also gave Monk his first victory at St Andrew’s since his 16-month stint as Birmingham head coach ended in June 2019.

Dominant Wednesday deserved their victory as they bid to claw back ground from a 12-point deduction which has left them rooted to the bottom of the table. 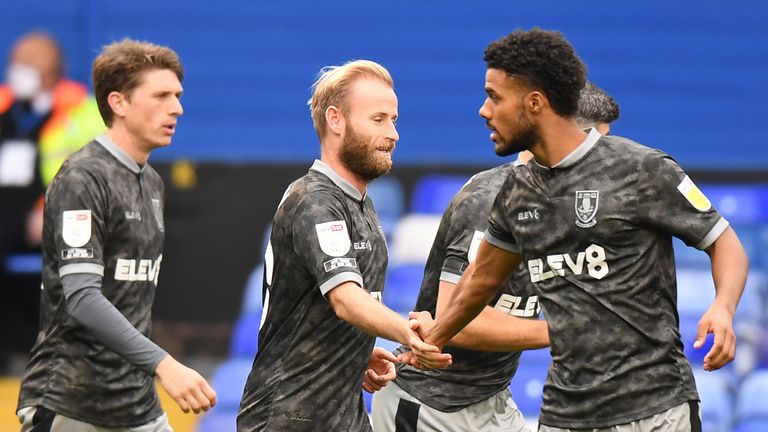 Blues desperately missed the presence of talismanic striker Lukas Jutkiewicz, who was absent for a Championship game for the first time in 31 months, after it was announced he was ill.

Last season’s 15-goal top scorer had been an ever present for the previous 104 league games, since a 2-0 home defeat to Barnsley on February 24, 2018.

Before the game, no Wednesday player had scored in the Championship for 316 minutes, since the opening day when Jordan Rhodes struck in a 2-0 win at Cardiff City.

But the Owls went so close to ending that run with three excellent chances in a dominant first half.

A blistering drive from Adam Reach was superbly tipped over the crossbar by goalkeeper Neil Etheridge and a curling free-kick from Josh Windass smacked off a post.

In between, Blues winger Jeremie Bela’s shot on the turn flew straight at goalkeeper Cameron Dawson.

But the visitors continued to pose the greater threat and Callum Paterson glanced a header just wide from Odubajo’s cross.

Wednesday started the second half in similar vein to the first and it was not long before they threatened again.

Bannan, who scored a cracker in the same fixture last season, had Etheridge stretching to palm away the Scot’s 25-yard curling attempt.

From the resulting corner swung in by the former Aston Villa midfielder, Blues struggled to clear their lines and Adam Clayton conceded a needless penalty as he clearly bundled over Callum Paterson when he was trying to clear a loose ball.

Bannan despatched the spot-kick low to the left of Etheridge, who guessed right but could not save it, ending a run of 365 minutes without a Wednesday player scoring in the Championship.

Blues tried to hit back late on and Scott Hogan produced a poor header directed wide, before Ivan Sanchez’s curling free-kick was deflected over the bar.

Blues had the ball in the net in the fifth minute of time added on when Sanchez’s wayward shot diverted in off Hogan, but the striker was offside.

Chelsea stunned by late Jannik Vestergaard equaliser as Southampton expose Blues’ defensive vulnerability
Luton 0-2 Stoke: Potters ease to victory
Best News
Recent Posts
This website uses cookies to improve your user experience and to provide you with advertisements that are relevant to your interests. By continuing to browse the site you are agreeing to our use of cookies.Ok