Bizarre career of Michael Hector, who has found his home at Fulham

He’s nicknamed Virgil van Mike, has played for 17 CLUBS in 11 years across non-League, Ireland and Germany and now finally has a chance in the big time with Fulham… the bizarre career of serial loanee Michael Hector

When Michael Hector joined Chelsea – the club he supported as a boy – in 2015 he thought his dream of playing Premier League football would come true.

By then, his career had spanned six years and in that time as a Reading player he had been sent out on loan a total of 11 times to clubs as low as Bracknell Town in the eighth tier of English football and as far afield as Dundalk in Ireland.

His move to Stamford Bridge came a couple of months after his 23rd birthday. It was sanctioned by Jose Mourinho, who had just won his third Premier League title in charge of Chelsea. 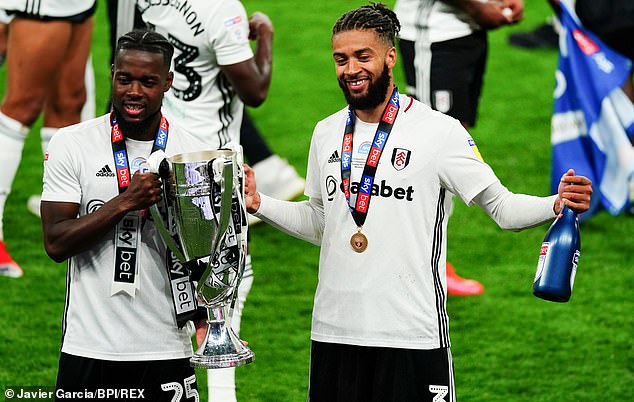 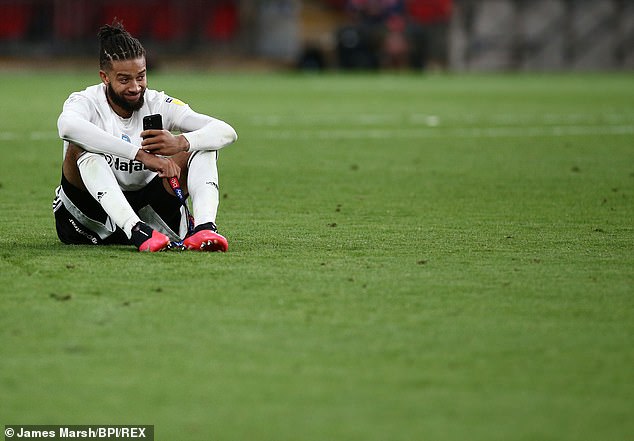 After 17 clubs in 11 years, Hector can finally look forward to realising his Premier League dream

‘That evening, the day before the deadline, my dad [Pat, a former county cricketer for Essex] left the room to take a call,’ Hector said. ‘He came back and said: “You’ll never guess who that was.” It was [Michael] Emenalo, who was Chelsea’s technical director at the time, saying they wanted me.

‘Once I’d worked out he wasn’t winding me up, that was that. I’d turn down any club in the world to join Chelsea. It was an absolute no-brainer for me and my family.’

Although he went back on loan to Reading for the rest of the Championship campaign that year with the expectation of working his way into the Chelsea first-team, when Hector returned at the end of April the picture was very different.

Guus Hiddink was about to be replaced by Antonio Conte and Hector found himself back on the loan list. 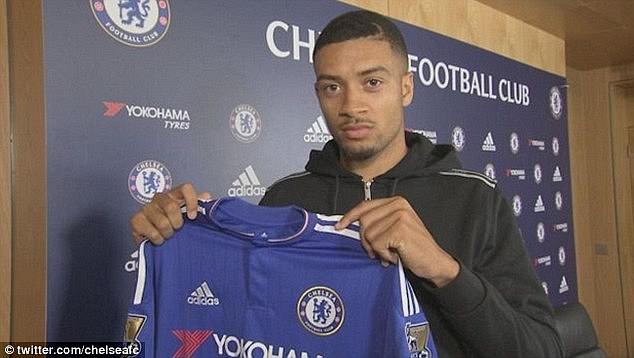 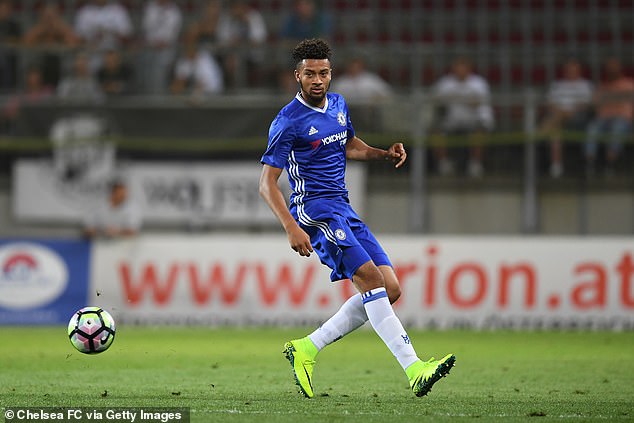 ‘The closest I came was 2016 when they gave me the No 30 shirt in pre-season,’ he said. ‘Then David Luiz signed and took the number, and I went on loan.’

A season at Eintracht Frankfurt, where he played in a German Cup final, was followed by a year battling relegation with Hull before a spell at Sheffield Wednesday where he was named the club’s player of the year.

Fulham, hurting after relegation but needing to rebuild, particularly in defence, offered £8million for Hector and Chelsea accepted. 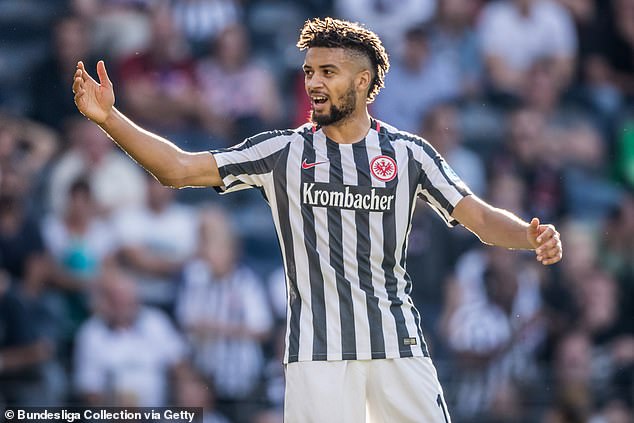 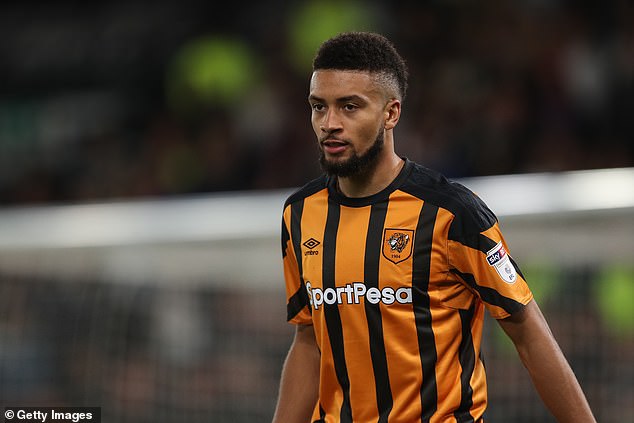 The deal came after the transfer deadline and therefore meant he couldn’t be registered to play, but Hector, rather than go out on loan before joining Fulham in January this year, was allowed to train with Scott Parker’s side.

‘It was an easy decision to make,’ Hector said at the time, adding that the move also made some of his family, notably his Fulham-mad mum, happy.

Those behind the scenes at Fulham note how getting him in the building months before he was able to play was a crucial move and one that helped Parker communicate a more upbeat message following the disappointment of that dismal relegation season. 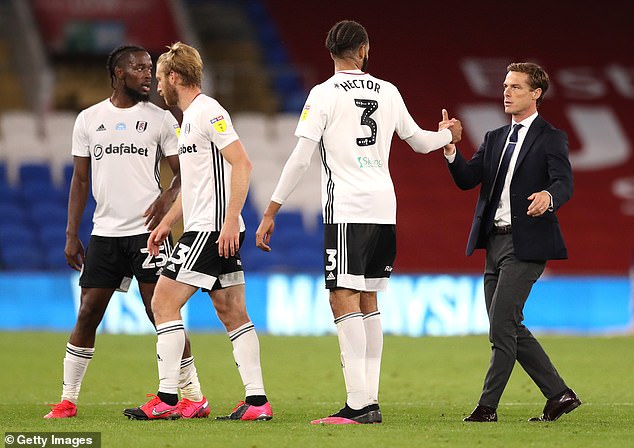 Training without the commitment of playing matches also allowed the defender to train for his UEFA B licence, something that was encouraged by the backroom staff at Craven Cottage.

On joining, Hector added: ‘It’s good to now be a part of the setup here. Hopefully things can work out well and we can get promoted.

‘I know how tough the Championship is and it won’t be any different for us.

‘We’ll have to work hard for it but the squad is very good and my job will be to help them push for promotion.’

And while Tuesday night under the Wembley lights was a tense affair, Fulham got the job done and Hector got his wish of promotion.

‘It’s my dream. Something I have strived to do all my career,’ he said.

His performances since January have led him to be named ‘Virgil van Mike’ by his team-mates.

A commanding and composed presence at centre back, Hector’s intelligence and ability to organise a defence has given Fulham a confidence at the back which they so badly lacked when they were last in the Premier League.

Hector has made 25 appearances since January and 11 of those also ended with clean sheets. Before his arrival, Fulham had conceded in 20 of their 27 games.

Indeed, other than nullifying the threat of Brentford’s attacking force in the Championship play-off final, Hector’s biggest contribution was in the first leg of their play-off semi-final against Cardiff. 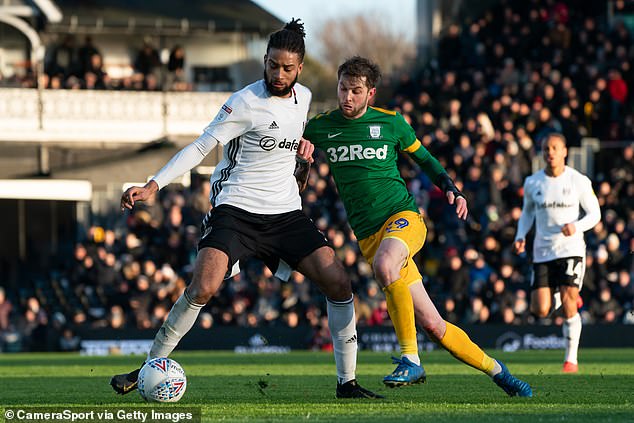 At 0-0, he did excellently to slide in and deny Robert Glatzel from tapping in after Fulham goalkeeper Marek Rodak pushed Leandro Bacuna’s effort into the Cardiff striker’s path.

It is the sort of moment that is easily forgotten but it was the sort of decisive action and never-say-die attitude that has helped propel Parker’s side to where they are now despite the hurt of last season and this one taking so long to reach its conclusion.

And if there was one positive of the season ending as late as it has, Hector doesn’t have long to wait until that first Premier League appearance.

But perhaps more than that, though, he is now, finally, settled at a club. No longer is there a concern that the phone will ring and his and his family’s life will be uprooted for the 18th time in 11 years.

‘Having been on so many loans before, I feel I have found my home at Fulham,’ he said.

Tammy Abraham makes vow on Chelsea future after Timo Werner signing
Liverpool up bid for Konstantinos Tsimikas as Jurgen Klopp favours star over Jamal Lewis
Best News
Recent Posts
This website uses cookies to improve your user experience and to provide you with advertisements that are relevant to your interests. By continuing to browse the site you are agreeing to our use of cookies.Ok