Liam Boyce scored the decisive penalty as Northern Ireland won their first ever shoot-out to set up a Euro 2020 play-off final against Slovakia next month.

Northern Ireland, who were last taken to extra-time 62 years ago, finished 1-1 with Bosnia in the Grbavica Stadium on Thursday night.

But Hearts striker Boyce stepped up to send them through – and make up for the World Cup play-off heartbreak against Switzerland in 2017 – after Bailey Peacock-Farrell saved from Haris Hajradinovic in the shootout and Edin Visca hit the bar, while George Saville fired over for Northern Ireland. 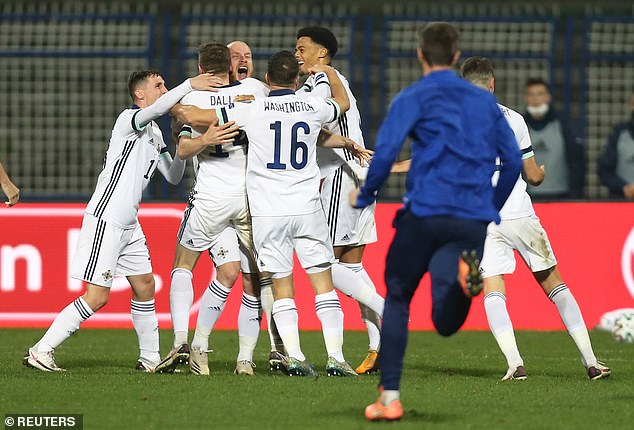 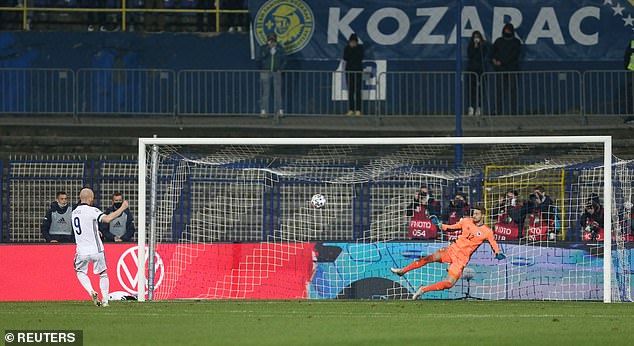 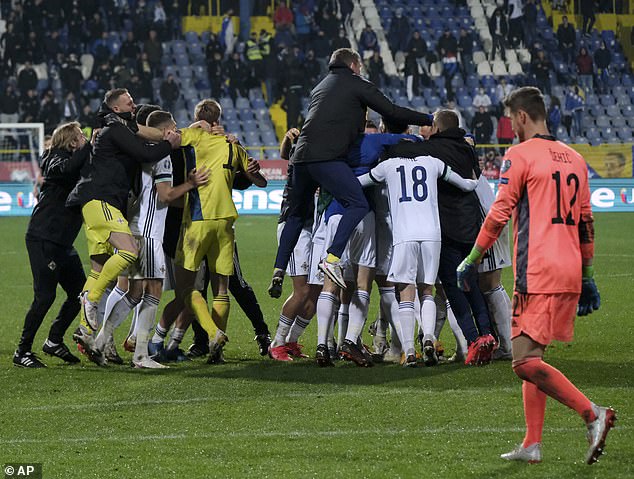 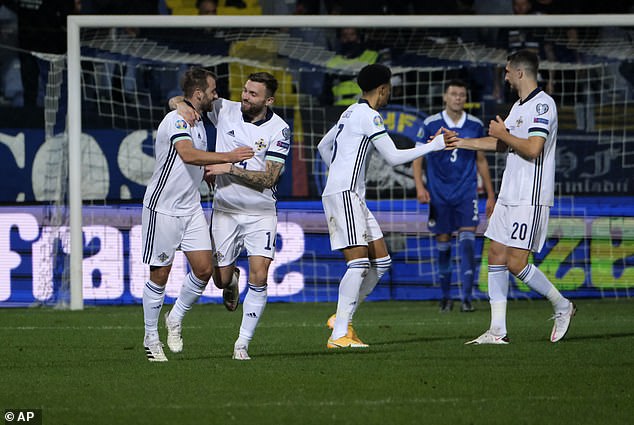 Captain Steven Davis became Northern Ireland’s most capped player, making his 120th appearance to surpass the great Pat Jennings, but this was about so much more than individual milestones.

Manager Ian Baraclough was hoping the bitter memory of the Swiss defeat three years ago would act as extra motivation for his players, but they made an unsteady start and had to face a series of set-pieces.

Another issue was keeping their feet on a greasy surface in Sarajevo, having opted not to train on the pitch beforehand, and it contributed to Bosnia taking the lead in the 13th minute.

Jonny Evans fell over as he pursued Branimir Cipetic down the right, and the full-back had time to pick out Rade Krunic close to the penalty spot.

Krunic chose to hit it first time and stroked a shot through Peacock-Farrell’s legs with the ball going in off the inside of his left ankle.

The goalscorer fired another effort straight at the Northern Ireland keeper after good work by Bosnia’s two danger men, Miralem Pjanic and Edin Dzeko, while Pjanic was inches away from doubling the lead.

Northern Ireland grew into the game and Josh Magennis had their best chance of the first half in the 15th minute when his header from Corry Evans’s cross was brilliantly kept out by Ibrahim Sehic, and George Saville took a boot to the head from Anel Ahmedhodzic as he tried to score from the rebound.

Saville also went close to an equaliser on the stroke of half-time, but Baraclough’s side were level within seven minutes of the restart.

Magennis flicked on a long ball forward and Niall McGinn stole in ahead of Cipetic and then barged his way through Sanicanin before guiding a shot past Sehic.

The goal clearly rocked Bosnia and Paddy McNair and Saville could both have put Northern Ireland ahead in the minutes that followed. However, Pjanic hit the bar with a free kick as the game opened up.

Neither side could find a winner in the remainder of normal time, however, and extra-time couldn’t separate them either. But Boyce and Peacock Farrell emerged as the heroes as Baraclough’s set up a final against Slovakia in Belfast. 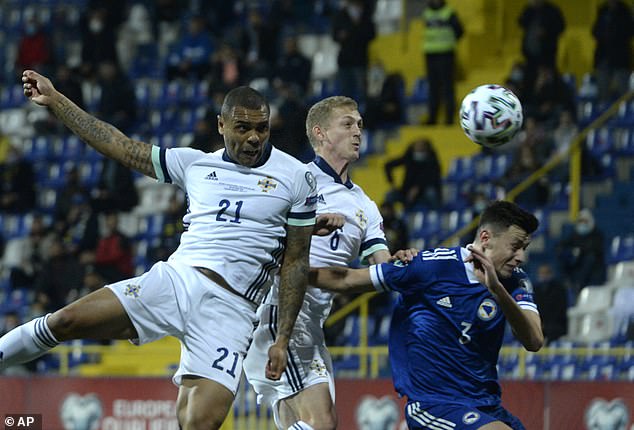 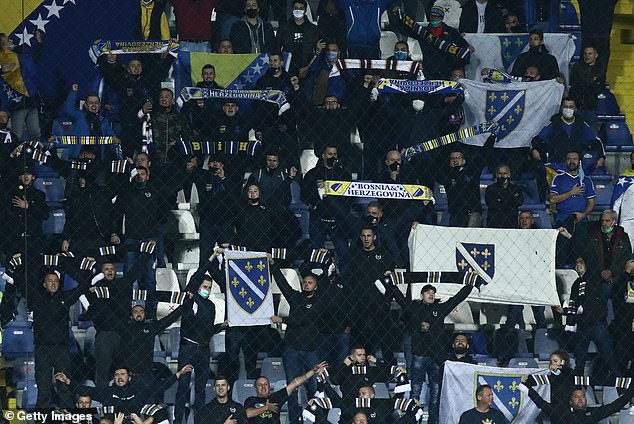 Slovakia 0-0 Republic of Ireland (4-2 on pens): Alan Browne and Matt Doherty miss crucial spot-kicks to end Euro 2020 hopes
Arsenal vow to get Tierney out of quarantine and face Man City
Best News
Recent Posts
This website uses cookies to improve your user experience and to provide you with advertisements that are relevant to your interests. By continuing to browse the site you are agreeing to our use of cookies.Ok