In the end, it was a familiar tale. Derby take the lead and play admirably but, ultimately, draw the game. It’s now three matches in a row that Phillip Cocu’s men have drawn 1-1 after going ahead, the latest coming at Bournemouth on Saturday.

Jason Tindall’s Cherries side are the only remaining unbeaten side in England’s top four leagues but they needed a strong dose of good fortune to keep up that feat. Steve Cook’s late goal-line clearance was all that stood between Derby and a much-needed win but it wasn’t to be, with Bournemouth grateful for a point.

Derby started the brightest and the biggest compliment they can receive based on the first half is that it was unclear which team started the day unbeaten in second place in the Championship table and which began in the relegation zone. 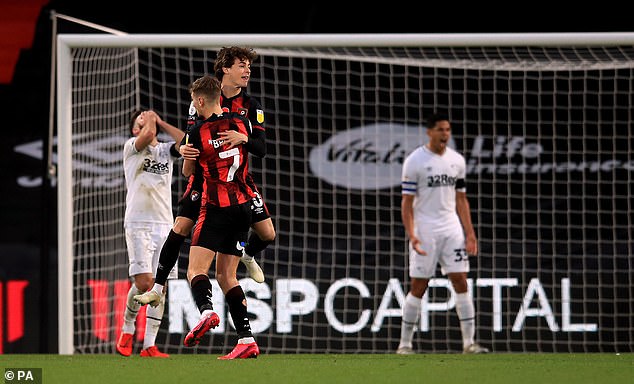 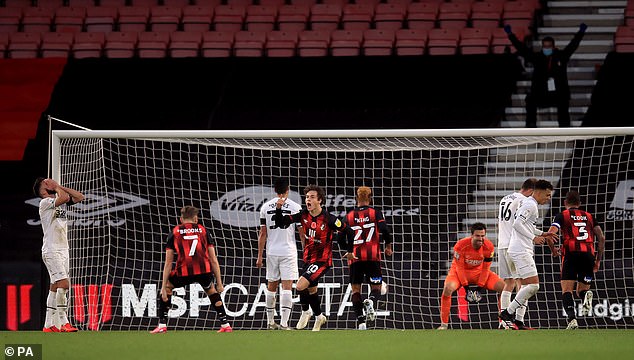 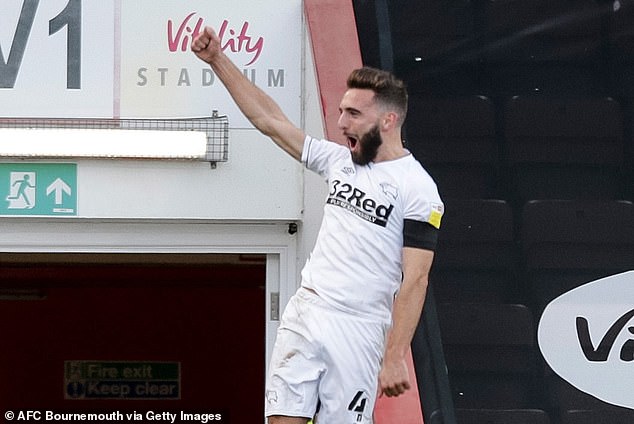 If anything, Derby looked like a team full of confidence, pressing with intensity and passing the ball progressively and smoothly.

Wayne Rooney returned after a three-game, Covid-enforced absence after a friend who he had seen tested positive for the virus. He was perhaps the reason for their early energy. The 35-year-old started in a wide role on the left of an attacking trio, a position we haven’t seen him in since his Manchester United days alongside the likes of Carlos Tevez and Cristiano Ronaldo.

He was in a far less esteemed company in Bournemouth yesterday and it told, as Martyn Waghorn failed to convert a couple of clear chances fed to him by Rooney. Matt Clarke also headed over from a pinpoint cross that seemingly put it on a plate for the defender.

But the Rams attacked well and finally made a breakthrough after 14 minutes, with Rooney at the heart of it. As he stood over a free-kick on the edge of the box, Bournemouth players were seemingly taken aback by the fear of England’s all-time leading goalscorer lining up a shot and spent a good minute arguing how best to build their defensive wall. In doing that, they seemed to forget to switch on to defend the resulting loose ball, which fell to Graeme Shinnie – via the wall and a couple of failed clearances – and the Scotsman prodded home. 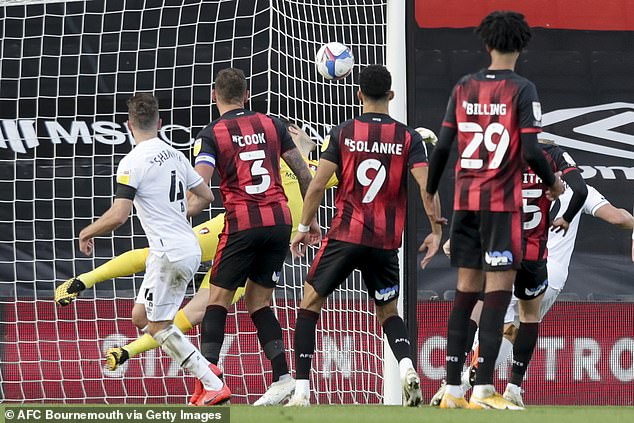 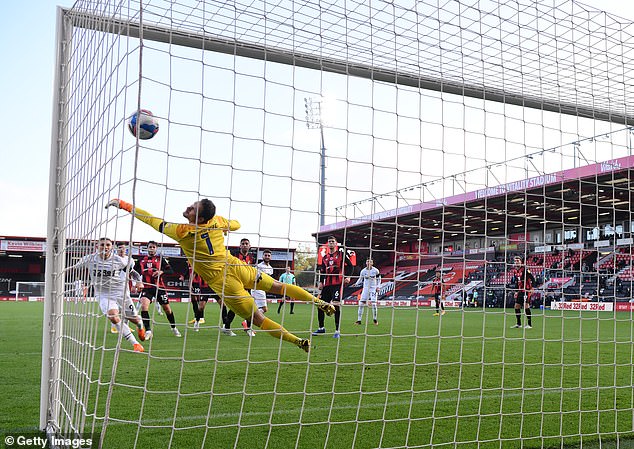 Derby remained on top after their opener and the big question was whether they could turn a one-goal lead into a win – they drew their two previous games 1-1 after going ahead. And it felt like the same old problems for Phillip Cocu’s men, who continued to squander good chances, Waghorn fluffing his lines when in on goal on two occasions.

Jason Tindall’s Bournemouth side looked far from the final unbeaten team in England’s top four leagues – after Reading’s loss to Coventry on Friday night – and chances were few and far between. Dominic Solanke had a couple of sights of goal, and forced David Marshall into a fantastic full-stretch save just before the break.

The Cherries took a while to get going in the second half but, after Rooney was substituted on the hour-mark, they seized full control. Arnaut Danjuma, the match-winner in midweek, hit the post with a finesse shot and really should have done better after a slalom-like run through the Derby defence. Then, with the next attack, Danjuma shot straight at Marshall, who was a rock in the Rams’ goal. 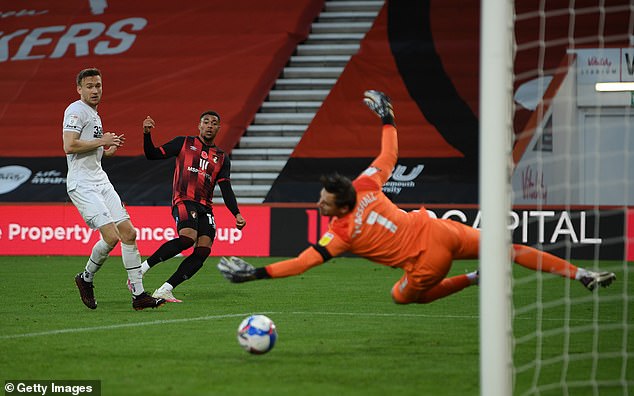 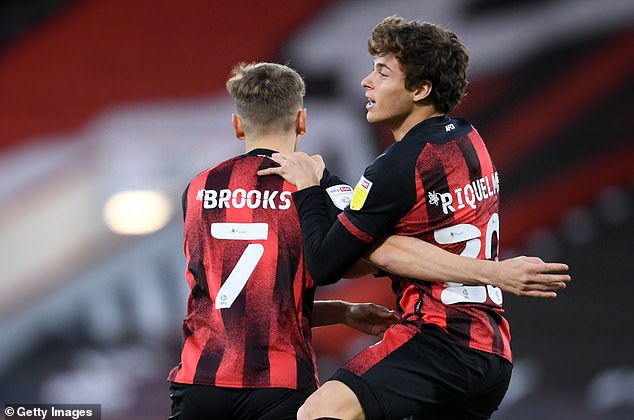 Rooney was by this stage wrapped up on the bench after playing an hour and Derby looked nervous without their captain, but continued to press for a second. Tom Lawrence came close and substitute Duane Holmes looked lively.

But then, out of nowhere, substitute Rodrigo Riquelme popped up at the back post after a Diego Rico cross and caressed the ball into the back of the net on the volley. The Atletico Madrid loanee provided a deft finish that would have made his namesake – the Argentinian cult idol Juan Roman – proud.

Derby didn’t give in and should have won it. Teenager Lee Buchanan fired past Begovic and was denied only by a heroic goal-line clearance from captain Cook, who required treatment for the pain suffered in blocking the ball.

It may have hit Cook’s arm and it was a centimetre from crossing the line but, as teams at the top will tell you, a bit of good fortune is needed to do well in this unforgiving division. Bournemouth are now 10 unbeaten – the last time they did that, they were promoted. For Derby, they will be hoping the reported Abu Dhabi takeover goes through. It’s a shame luck is priceless… even for multi-billionaires.

Crawley 2-1 Cambridge: Max Watters and Tom Nichols strike to overhaul high-flying U’s
Liverpool boss Klopp explains decision to start Phillips vs West Ham
Best News
Recent Posts
This website uses cookies to improve your user experience and to provide you with advertisements that are relevant to your interests. By continuing to browse the site you are agreeing to our use of cookies.Ok