Fernandes continued his fine start to life at United by netting once and chipping in with two assists in their 5-2 win against Bournemouth on Saturday afternoon.

The 25-year-old has been directly involved in 11 Premier League goals in just nine appearances under Ole Gunnar Solskjaer.

Cascarino wrote in his Times column: “Bruno Fernandes has not just added his qualities to the Manchester United team, he is making other players better. 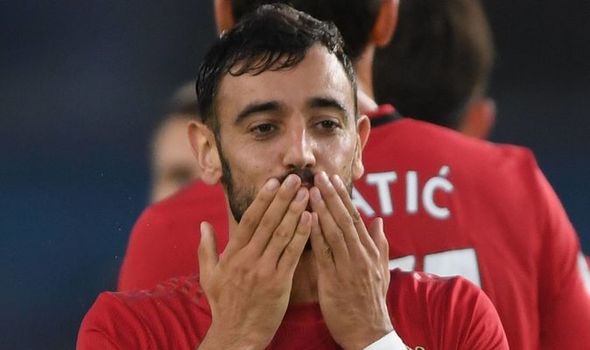 “He has three players in front of him who all have pace and make clever runs, and suddenly they now have a teammate who can see them and find them.

“He gives United something close to what Kevin De Bruyne gives Manchester City, and it has been especially important for United in games against lower-placed opponents who defend deep and can be tough to open up.”

City star De Bruyne is regarded by many as the best midfielder in the world.

The Belgium international has netted 13 goals and chipped in with 19 assists in all competitions under Pep Guardiola this time out. 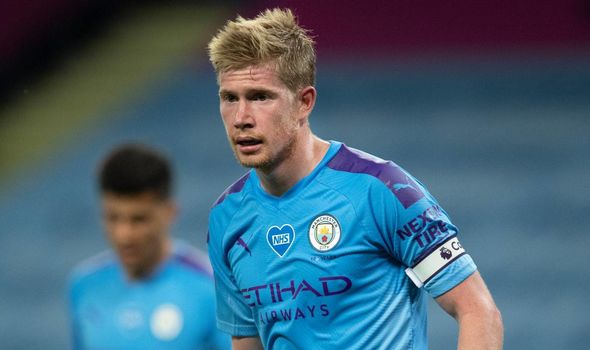 A lot as been made of Fernandes’ impact at United, with Old Trafford hero Rio Ferdinand claiming the midfielder has changed Paul Pogba into a totally different player.

He said: “Pogba has been a totally different player since the restart.

“The energy levels in his game, it’s the Pogba United paid £89m for four years ago.

“A big factor is undoubtedly the man he is playing with in the centre of midfield – Bruno Fernandes.

“Pogba will not want to be shown up out there and that’s perhaps the motivation he needed.

“Solskjaer will be absolutely loving what he’s seeing from those two.

“Fernandes is just doing what comes naturally to him and it’s been a huge boost to Pogba’s form – it’s freed him up to play as well.

“There’s probably less pressure on him now because he knows that some of the burden of expectation is being shouldered by Fernandes.”

Rodriguez arrives in Liverpool ahead of completing his move to Everton

'Prince Harry' is spotted in the Oxford United home end
Man Utd and Man City set to lock horns in battle for two centre-back targets
Best News
Recent Posts
This website uses cookies to improve your user experience and to provide you with advertisements that are relevant to your interests. By continuing to browse the site you are agreeing to our use of cookies.Ok