Sean Dyche claims to know no more than Burnley’s fans on the latest reports of a £200m club takeover.

The takeover is being led by Egyptian businessman Mohamed El Kashashy, who is based in Dubai and made his name in the food and leisure industry, and also involves sports lawyer Chris Farnell.

Dyche, however, said he was unable to offer any further insight.

“I know what you know,” said the Burnley boss. “I’ve been reading different stories. It’s not really my domain, I focus on the team.

“The chairman and the board will make the big decisions at the club. I have no power over that side of things.” 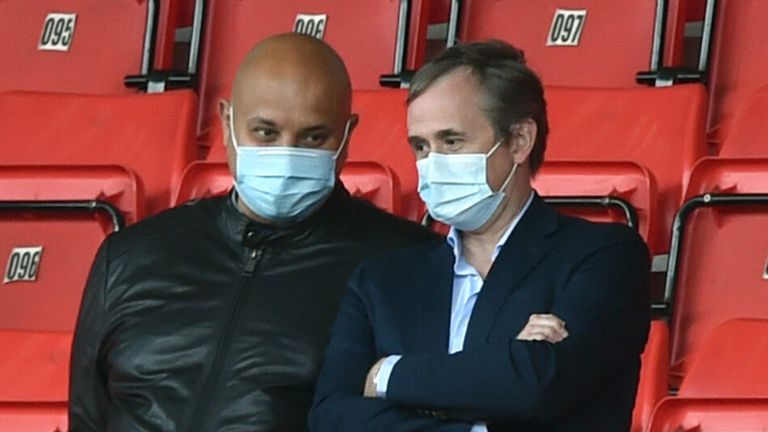 Dyche, the longest-serving Premier League manager, marks eight years in charge of Burnley on Friday and said he had not been involved in any talks regarding prospective new owners.

“No, not in this case, I don’t know whether that’s standard or not,” he said.

“I don’t know of any ownership, as far as I know they are all stories in the papers and they seem to be growing, getting more detailed over the last few weeks.”

Dyche has made no secret of his desire to strengthen his squad in recent seasons but Burnley, renowned for running a tight ship, have refused to invest heavily in new players.

Half a dozen first-team players left in the summer, while only three players were signed, including Dale Stephens from Brighton.

“Investment is a tricky thing, clubs have different models, different ways of working,” said Dyche. “We’ve had one for a long time here.

“Our parameters and guidelines that we work to are very stringent, hard and tight at times when the market doesn’t care for that.

“But that is the way the chairman and the board want to run the club. I’ve worked and will continue to work hard with whatever guidelines I’m given and I’ll continue to do that.

“If that changes, whether with this current chairman and board, or if that changes we’ll see, but until there is some fact to it, then it is all conjecture and hypothetical.”

Burnley, third from bottom in the table after taking only one point from their first five league games, could be without midfielder Johann Berg Gudmundsson for Chelsea’s visit to Turf Moor on Saturday.

The Iceland international sustained a calf strain in Monday’s 1-0 home defeat to Tottenham and will be monitored.

Conspiracy, rants and resentment: Transfers are meant to be fun, not a toxic funnel for abuse

Frank Lampard refuses to answer question over possible eight-year Chelsea stint
Lille 2-2 Celtic: Celik and Ikone pull it back for Galtier's men
Best News
Recent Posts
This website uses cookies to improve your user experience and to provide you with advertisements that are relevant to your interests. By continuing to browse the site you are agreeing to our use of cookies.Ok