‘I am ecstatic to be wrong’: Jamie Carragher admits he thought Liverpool would NEVER win the Premier League as he taunts Gary Neville by sharing a picture of him ‘celebrating’ Anfield title glory

Jamie Carragher could not resist a dig at Gary Neville after admitting he never throught Liverpool would win the Premier League. 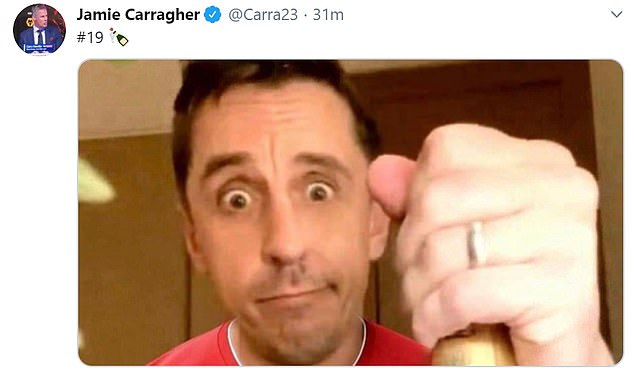 The Anfield legend hastily tweeted a picture of his pundit pal Neville holding a bottle of champagne mocked up in a Liverpool shirt.

The post was captioned “#19” to celebrate how many league titles the club have – one short of bitter rivals United.

Carragher admitted he never throught Klopp could win the title.

He wrote in the Telegraph: ‘Jurgen Klopp arrived at Anfield saying he wanted to turn doubters into believers. I was one of those who had given up hope on Liverpool winning the Premier League. 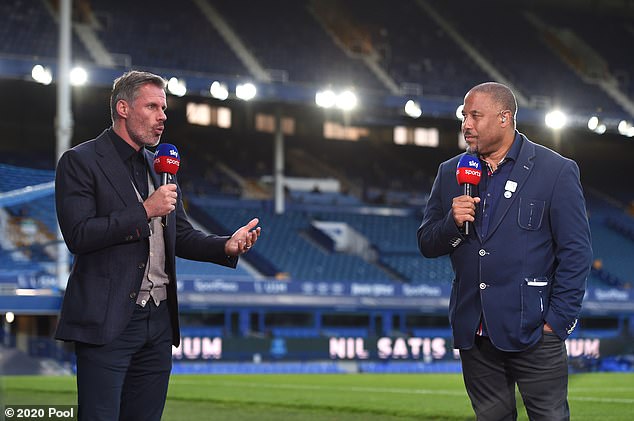 ‘It was shortly after my last meaningful title bid in 2009 that I started to lose my faith. The 2010 season was awful. Xabi Alonso had been sold to Real Madrid, Rafa Benitez’s team was unraveling, and the club was braced for another period of reconstruction.

‘Reluctantly, I faced up to the disheartening conclusion a championship victory parade would never happen.

‘It gives me the greatest pleasure to admit these words now look misjudged. In my defence, aside from the most optimistic fans judging with heart above head, no one took me to task for the remarks at the time.’ 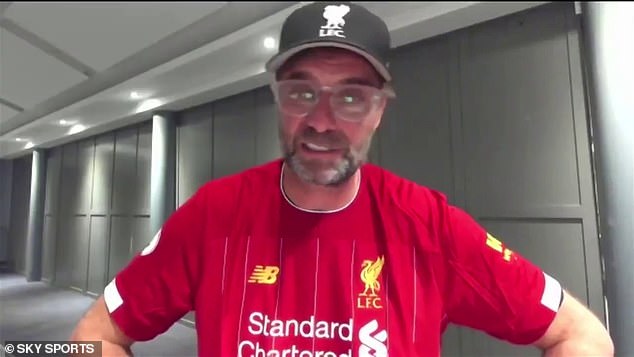 Liverpool stars make Jurgen Klopp request during Premier League celebrations
Liverpool icon Steven Gerrard posts classy message after Reds secure Premier League title
Best News
Recent Posts
This website uses cookies to improve your user experience and to provide you with advertisements that are relevant to your interests. By continuing to browse the site you are agreeing to our use of cookies.Ok