‘Nothing would have been the same for me if you didn’t spot me at 15’: Cesc Fabregas pays tribute to outgoing Arsenal scout Francis Cagigao who is one of 55 employees being made redundant due to Covid-19 cuts… despite 24 years of service at club

Cesc Fabregas has paid tribute to outgoing Arsenal scout Francis Cagigao after he was made redundant by the Gunners.

Cagigao was one of the 55 members of staff that have lost their jobs as part of a restructuring following the Coronavirus pandemic.

The influential scout was the mastermind behind Arsenal’s move for Fabregas, who was just 16 when he first joined the Emirates in 2003. 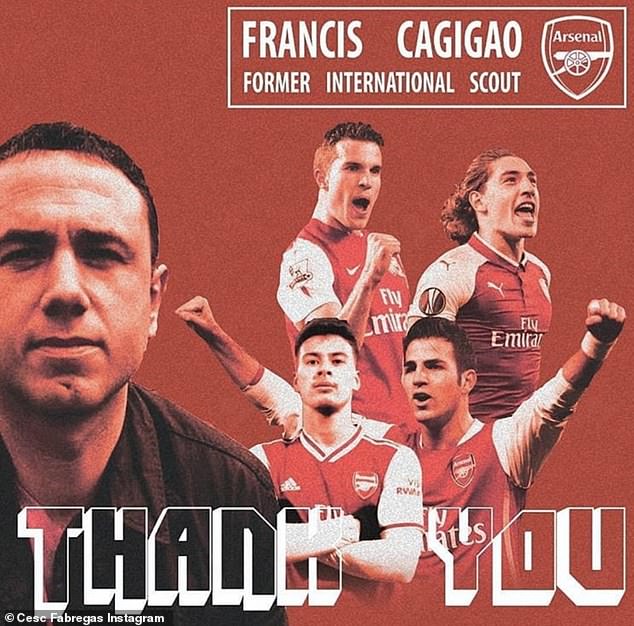 Cagigao initially spotted young Fabregas at 15 and later brought him to the club at 16.

Having spent eight years at the club following Cagigao’s recommendation, Fabregas took to Twitter to pay tribute to him.

He wrote: ‘Thank you for the 24+ years of devotion, respect, loyalty and love you gave to @Arsenal. Nothing would have been the same for me if you didn’t spot me at 15 years old.

‘I wish you all the very best for the future. Your next team will be very lucky to have your football brain.’ 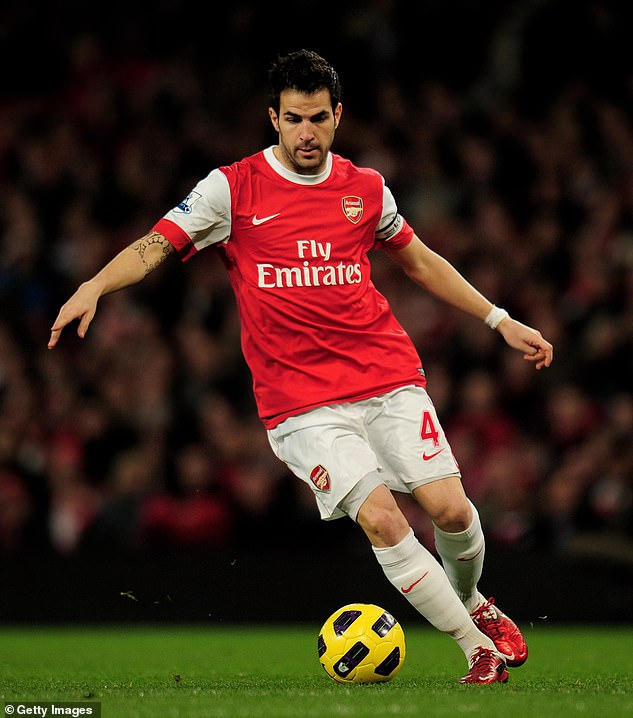 Cagigao was the one who discovered Cesc Fabregas, who spent eight years with Arsenal

Having brought Fabregas to the English top-flight from the Barcelona academy, the Spaniard went on to make 303 appearances in north London.

Fabregas later became club captain at the Emirates before returning to his boyhood team Barcelona in 2011.

Cagigao was not only responsible for securing Fabregas’s signature, but many more high-profile names as well.

Gabriel Martinelli, the 19-year-old Brazilian forward, is another to have been scouted by Cagigao. Hector Bellerin was also brought to Arsenal in 2011 after Cagigao helped close the deal. 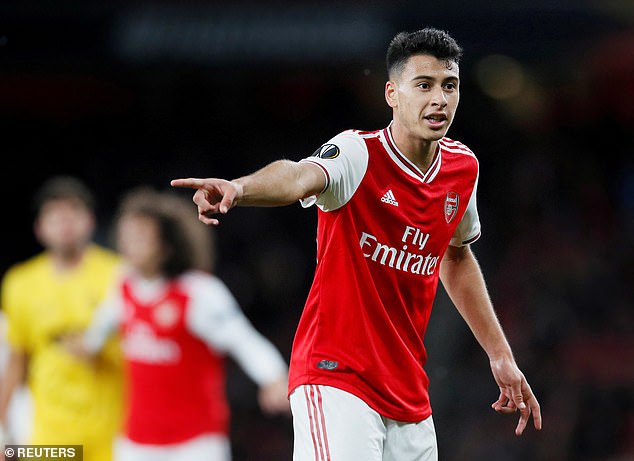 Gabriel Martinelli, the 19-year-old Brazilian forward, is another to have been scouted by him 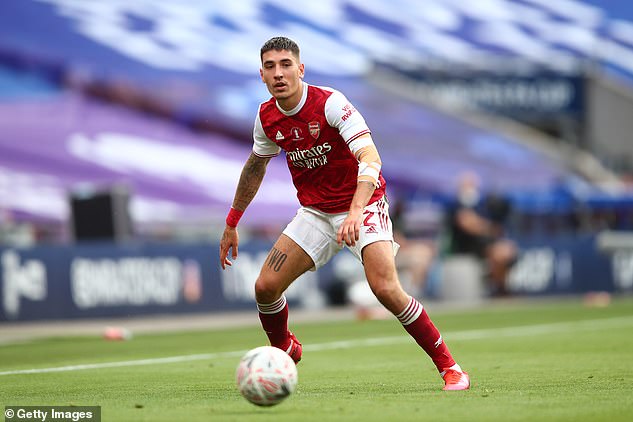 Hector Bellerin was also unearthed by Cagigao, with the Spaniard joining Arsenal back in 2011

Defending their decision to make redundancies, the club issued a statement that read: ‘Our aim has been to protect the jobs and base salaries of our people for as long as we possibly can. Unfortunately, we have now come to the point where we are proposing 55 redundancies.

‘We do not make these proposals lightly and have looked at every aspect of the club and our expenditure before reaching this point. We are now entering the required 30-day consultation period on these proposals.

‘We know this is upsetting and difficult for our dedicated staff and our focus is on managing this as sensitively as possible.

‘These proposed changes are ultimately about ensuring we take this great football club forward, creating the right organisation for a post-Covid world, and ensuring we have the resources to return to competing effectively at the top of the game here and in Europe.’

Celtic still in talks over signing strikers Steven Fletcher and Albian Ajeti, Neil Lennon confirms
Gareth Bale's season at Real Madrid has been a disaster
Best News
Recent Posts
This website uses cookies to improve your user experience and to provide you with advertisements that are relevant to your interests. By continuing to browse the site you are agreeing to our use of cookies.Ok