Lukaku struck a 90th-minute equaliser as the Serie A side snatched a 2-2 draw at home to Borussia Monchengladbach.

The Belgium striker had put Inter in front with an opportunist goal in the 49th minute but the Bundesliga side levelled in the 63rd with their first shot on target – a penalty converted by Ramy Bensebaini.

Gladbach’s second shot on target also produced a goal as Jonas Hofmann broke clear of the Inter defence and scored with a strike through Samir Handanovic’s legs in the 84th minute.

But Lukaku had the final say in the Group B game with another poacher’s effort when he managed to scramble the ball home at the far post with his knee after a corner was headed on by Alessandro Bastoni. 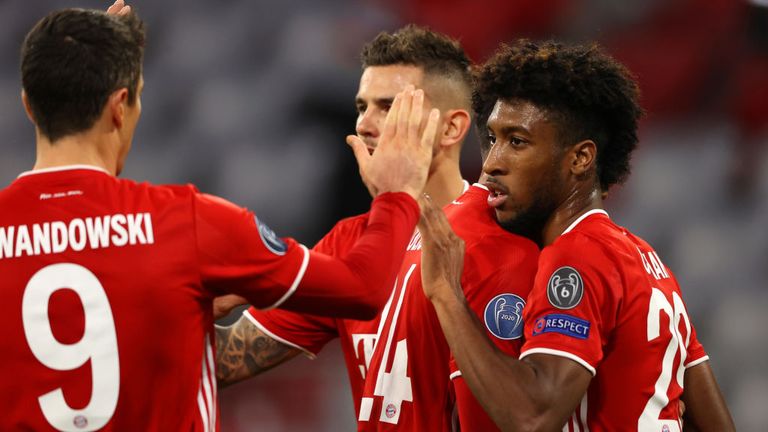 Kingsley Coman scored twice and set up another goal as holders Bayern Munich crushed Atletico Madrid 4-0 in their Group A opener to stretch their winning run in the competition to 12 games.

The France international put the hosts ahead with a fine effort in the 28th minute and then set up Leon Goretzka to fire in their second four minutes before the break.

Corentin Tolisso killed off any Spanish hopes of a comeback with a sensational shot in the 66th minute before Coman twice shook off defender Felipe to bag his second of the evening six minutes later.

Bayern won all 11 of their games en route to the Champions League title last season and made another ominous statement of intent, but Atletico have now lost three of their last four group stage games and this was their joint-heaviest defeat in the competition under Diego Simeone.

Real Madrid suffered a shock 3-2 defeat to Shakhtar Donetsk in their Champions League opener as a second-half rally proved in vain and a stoppage-time strike was disallowed.

Shakhtar raced into a 3-0 lead despite missing a string of players due to coronavirus, with Raphael Varane’s own goal (33) sandwiched between strikes from Mateus Tete (29) and Manor Solomon (42).

Luka Modric pulled one back in the 54th minute, before Vinicius Junior struck just 15 seconds after coming off the bench (59) but the equaliser proved elusive as Zinedine Zidane’s side were humbled by the Ukrainians.

Federico Valverde thought he had snatched an unlikely point for the Spaniards in injury-time but after a check at the pitchside monitor, Vinicius was ruled offside and interfering with play. 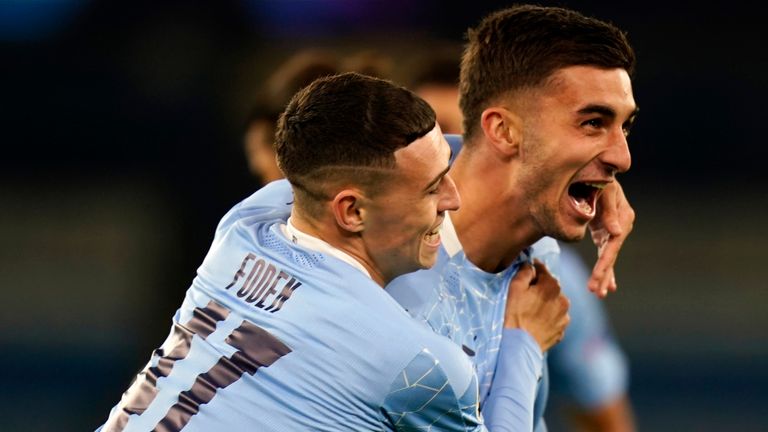 Manchester City survived an early scare in their opening Champions League encounter, coming from behind to beat Porto 3-1 in Group C.

The Champions League has proven a frustrating competition for Pep Guardiola, bowing out at the quarter-final stage for three consecutive seasons and his side fell behind when Luis Díaz netted a fine individual effort (14).

City responded to the early setback within a few minutes when Sergio Aguero scored his first goal in 231 days when converting from the penalty spot (21) after Pepe fouled Raheem Sterling.

The usual slickness associated with Guardiola’s side wasn’t there for the majority of the performance but a sublime free-kick from Ilkay Gundogan (65) and fine finish from substitute Ferran Torres (70) saw off the Portuguese champions, who have yet to win a match on English soil in 20 attempts. 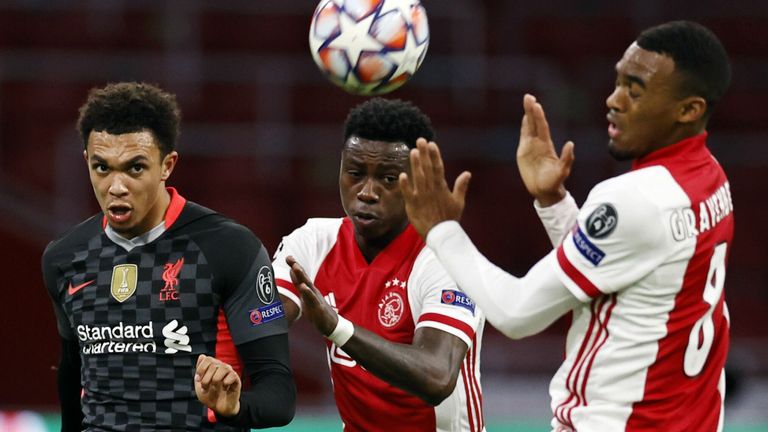 Liverpool, meanwhile, came through their first game without Virgil van Dijk unscathed as Nicolas Tagliafico’s own goal gave them a 1-0 Champions League win at Ajax.

Tagliafico stumbled onto Sadio Mane’s mis-hit shot to divert it beyond Andre Onana 10 minutes before half-time in what would prove the only goal of the game in an open match at the Johann Cruyff Arena.

Liverpool kept a welcome clean sheet despite the absence their talismanic defender, with stand-in centre back Fabinho proving a more than adequate replacement at the back, denying Dusan Tadic on the line with an acrobatic clearance before the break.

Ex-Everton midfielder Davy Klaassen nearly haunted his former rivals two minutes into the second period but was denied by the foot of the post with Adrian beaten, while the Liverpool goalkeeper also made important saves in either half from Quincy Promes.

But Liverpool defended their box stoutly for the most part on a night as they successfully came through their first test without the world’s second-most expensive defender in their ranks.

Elsewhere, Liverpool’s Group D rivals Atalanta made light work of their opener against Danish side Midtjylland.

Last season’s surprise package raced into a 3-0 lead by half-time with goals from Duvan Zapata, Papu Gomez and Luis Muriel before substitute Aleksei Miranchuk added a fourth a minute from time.

Ahmed Hassan came off the bench to score an injury-time goal for Olympiakos in a 1-0 win over Marseille in the other game of Manchester City’s group.

The Greek champions held the initiative for most of the match at Giorgos Karaiskakis stadium and had a goal disallowed by video review earlier in the second half, before Hassan finally delivered a powerful header to beat goalkeeper Steve Mandanda after Mathieu Valbuena’s cross.

Earlier in Group A, Salzburg were held to an entertaining 2-2 draw at home by Lokomotiv Moscow.

Portugal forward Eder gave the Russians the lead with a 19th-minute header only for the hosts to turn the game around with two goals either side of half-time from Dominik Szoboszlai and then veteran Zlatko Junuzovic.

The Austrian champions looked in command but were pegged back themselves by a 75th-minute header from substitute Vitali Lisakovich on his Champions League debut.

Coronavirus: MPs to debate e-petition calling for fans to return to football stadia

Bayern Munich 4-0 Atletico Madrid: German giants ease to victory
Inter Milan 2-2 Borussia Monchengladbach: Romelu Lukaku nets brace
Best News
Recent Posts
This website uses cookies to improve your user experience and to provide you with advertisements that are relevant to your interests. By continuing to browse the site you are agreeing to our use of cookies.Ok