Championship season is set to end in confusion with no decision on Wigan’s points deduction appeal imminent, leaving clubs unsure if they will be relegated even AFTER the final fixtures

The Championship season draws to a close on Wednesday night but the 2019-20 campaign is likely to end in confusion with no decision on Wigan’s appeal against their points deduction imminent.

The Latics, who currently sit in 13th place in the table, are appealing against an automatic 12-point penalty for entering administration.

But a verdict on that appeal is not expected before the 24 Championship clubs play their final matches in two days’ time. 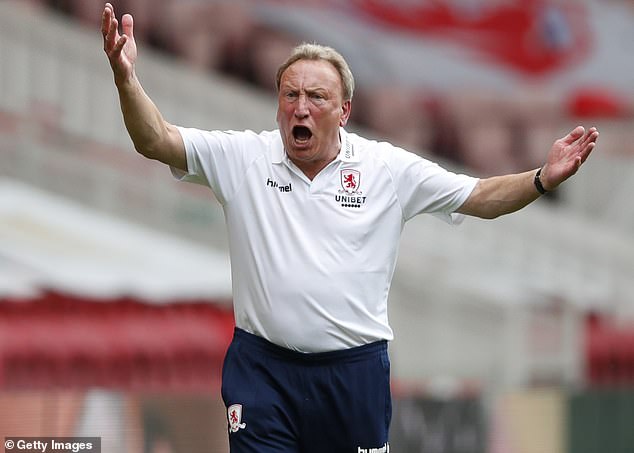 Championship clubs unsure if they’ll be relegated with no decision on Wigan’s points deduction appeal imminent. Neil Warnock’s Middlesbrough are two points above the drop 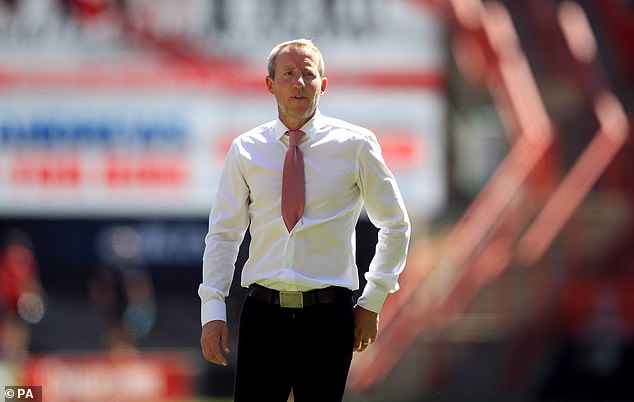 As a result, some clubs are unsure if they will be relegated to League One even after the final matches have taken place.

Wigan, who face promotion-chasing Fulham on the final day at home, are currently 10 points clear of the relegation zone on 58 points. 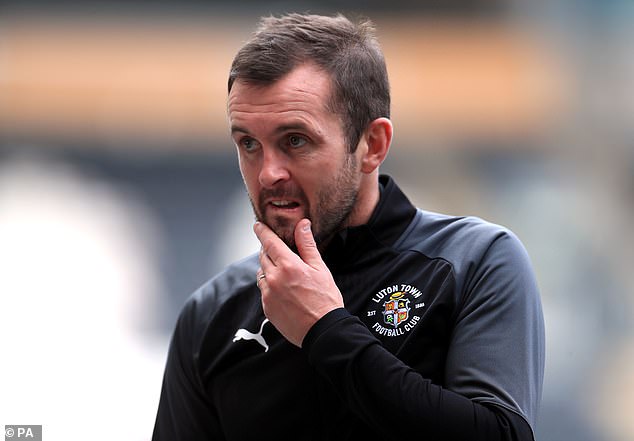 Charlton sit just above the relegation places, also on 48 points, while Birmingham and Middlesbrough are just above them on 50 points.

Huddersfield, in 18th on 51 points, all but secured their survival by beating West Brom on Friday night, with a far superior goal difference effectively keeping them safe.

The EFL were set to impose the 12-point penalty on Wigan immediately after the games on Wednesday night but the appeal means it is out of the governing body’s hands.

Sheffield Wednesday, in 16th on 56 points, also face a potential points deduction after being charged last year with financial misconduct by the EFL over the sale of their stadium to their owner Dejphon Chansiri.

Hull have the biggest task ahead of them as they sit three points behind Charlton in the last position of safety, but with a significantly worse goal difference – 16 to be exact.

They need Charlton and Luton to lose – preferably by a big margin – Barnsley not to win and to record a huge win at Cardiff themselves to stand any chance of staying up.

Gerhard Struber’s Barnsley also need to win their final game – away at Brentford – and for results elsewhere to go their way in order to stay up.

The South Yorkshire side are one point better off than Hull but know nothing but a victory will be good enough, while positive results for Charlton and Luton, who sit 21st and 22nd respectively on 48 points, would send Barnsley down.

Luton host Blackburn while Charlton are away at champions Leeds. The Addicks are only currently out of the drop zone because of their far superior goal difference, which is 18 better than Luton’s.

With Birmingham and Middlesbrough just two points ahead of them, wins for Charlton and Luton could be enough to stave off relegation.

Wigan in 13th may appear to be safe from the drop but they are another club who look set to need three points on Wednesday.

The administration-hit Latics are on 58 points but, with a 12-point deduction hanging over them, they could yet finish in the bottom three and will need to beat Fulham and hope other results go in their favour to guarantee safety. They have, however, lodged an appeal against the points penalty.

Premier League fixture list to be released TOMORROW at 9am

Mario Gotze voted the Bundesliga's 'biggest disappointment' by players
Jude Bellingham: Borussia Dortmund sign 17-year-old wonderkid from Birmingham City
Best News
Recent Posts
This website uses cookies to improve your user experience and to provide you with advertisements that are relevant to your interests. By continuing to browse the site you are agreeing to our use of cookies.Ok