Chelsea boss Frank Lampard will probably sign a new left-back and centre-back this summer, but might be tempted to bring in a new centre-midfielder who can defend, in order to properly unleash Jorginho. That’s the opinion of Blues icon Jimmy-Floyd Hasselbaink, who thinks it’s “only a matter of time” before Lampard starts signing defenders.

Chelsea have already splashed out ahead of the summer transfer window.

The Blues paid a combined £90million to bring in Timo Werner and Hakim Ziyech, and are expected to go after Kai Havertz as well.

The Bayer Leverkusen ace will likely cost at least £90m, meaning Chelsea’s summer spend will come close to £200m before they look at their defence.

Ben Chilwell is a top target of Lampard’s, but Leicester City are holding firm on their valuation of the left-back. 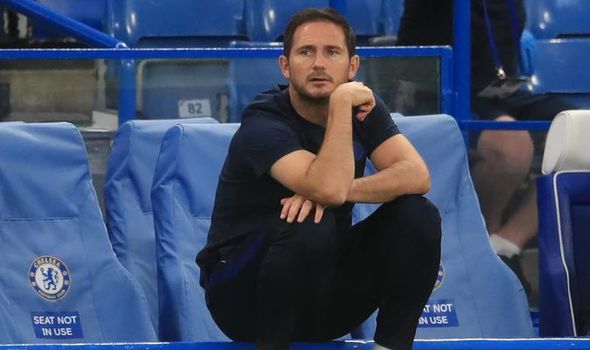 He will likely cost at least £75m, and is open to making a move, though he won’t push for an exit from Leicester.

Speaking after Chelsea’s 1-0 win over Norwich on Tuesday night, Hasselbaink urged Lampard to move for a new midfielder.

He explained that playing Jorginho in the middle opens up Chelsea defensively, because the Juventus transfer target doesn’t have the legs to defend while tracking back.

And for that reason, the former striker believes the Blues need to put someone in front of the back-four, other than N’Golo Kante.

“I think he’ll address the back four,” Hasselbaink said to Premier League Productions.

“If you’re going to play with Jorginho, you need to do something with the defence.

“He can’t defend as Kante can, but he’s very good on the ball.

“You need players who can defend in a 1-v-1, and in a central area, they need to improve. 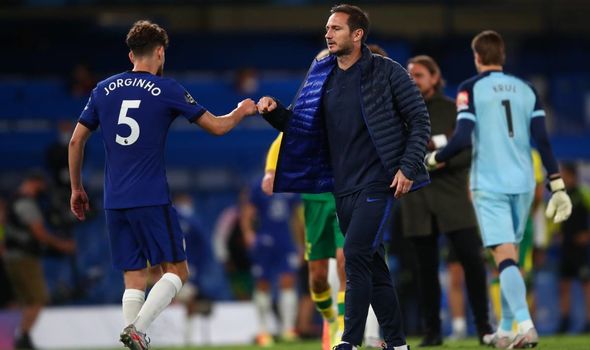 “I also think when they’re countered, they lack those legs in the middle of the park.

“I know people are talking about a left-back, and he wants to improve there.

“But I think it’s only a matter of time before a new left-back, and centre-back [join].”

When is the Championship play-off final and what channel is it on?

Latest tests find no new cases at MLS tourney
Arsenal outcast Mesut Ozil fires message to Mikel Arteta ahead of Liverpool tie
Best News
Recent Posts
This website uses cookies to improve your user experience and to provide you with advertisements that are relevant to your interests. By continuing to browse the site you are agreeing to our use of cookies.Ok