Chelsea boss Frank Lampard is adamant that Tammy Abraham’s contract will “look after itself” and that his loss of form isn’t related to any uncertainty to his future at the club. Abraham enjoyed a marvellous start to the season at the Blues but has struggled for minutes ever since the Premier League returned from lockdown.

The striker has only made one start since the campaign resumed and that was in the defeat at West Ham last week as he has fallen behind Olivier Giroud.

The England international’s contract runs out on June 2022 but there has been little progress in negotiations aimed at convincing the player to sign an extension.

Lampard, though, is confident it will all turn out fine and urged the 22-year-old to focus on his form as well as his performances. 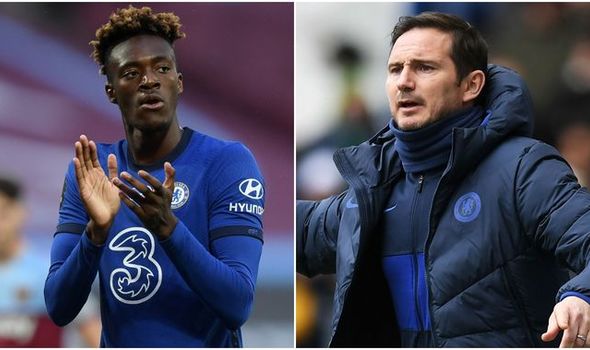 The Chelsea boss insists that talks with Abraham have not reached a “critical” level and has full faith that the club will sort everything out.

Lampard said: “He has had a really good season, he hasn’t scored as much in the second half of the season. 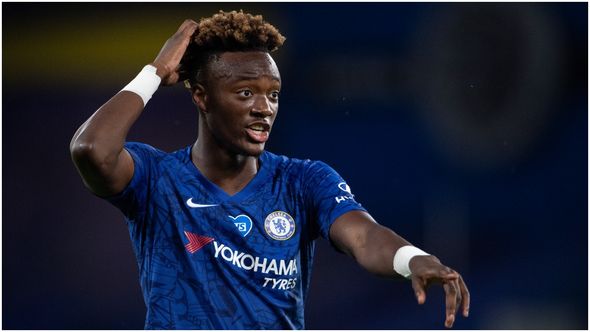 “But as a young player it is always clear when you have these periods there is only one way out of it and that is work and repetition in training.

“I think that is where Tammy is at. I think the contract will hopefully look after itself between him and the club and he just needs to focus on giving us that Tammy that we had earlier in the season.

“He was giving defenders so much of a problem in games and scoring regularly and it all came from how he was training and working in the week. That is just what he has to sustain all the time.

“I think Tammy’s contract, we are not at a critical level with it.

“I will leave it with him and the club to discuss that side of it. I don’t think it is something that is clearly in his mind now, at least it shouldn’t be.

“What needs to be in his mind now is these games we have coming up and how much he can give us on the pitch, whether coming on as a sub or starting the game.”

Abraham has amassed a total of 15 goals in 39 appearances across all competitions this season.

Mourinho says Alli still has a future at Tottenham despite exclusion

Inter Milan shirt sponsor vows to help fund potential Lionel Messi transfer
Lampard insists Kante may have to make changes to ensure Chelsea future
Best News
Recent Posts
This website uses cookies to improve your user experience and to provide you with advertisements that are relevant to your interests. By continuing to browse the site you are agreeing to our use of cookies.Ok