Chelsea could be on the verge of signing Kai Havertz on a cut-price deal compared to their other transfer exploits, and will pay the Bayer Leverkusen ace £54,000-per-week – relatively low in comparison to other squad members. That’s according to transfer expert Duncan Castles, who claimed on the Transfer Window Podcast that Chelsea believe they are close to agreeing personal terms with the Bayer Leverkusen ace.

The Blues have been busy this summer, bringing in Timo Werner and Hakim Ziyech for a combined £90million.

Lampard is keen to continue strengthening his side this summer, and has now set his sights on 21-year-old Havertz.

The German wonderkid has made a name for himself this season, providing 12 goals and six assists in 30 Bundesliga games. 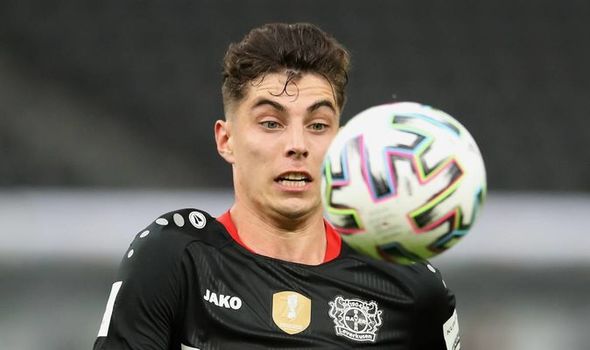 He is valued highly by Leverkusen, and they reportedly want north of £90m for the playmaker.

Chelsea, however, want to pay less, and the idea of paying a smaller fee up front with more in add-ons has been speculated.

Petr Cech, Chelsea technical director, is set to travel to Germany next week to attempt to tie up the deal, and will reportedly attempt to get a discount on the transfer fee.

But according to Castles, the two parties – Havertz and Chelsea – are close to finalising personal terms.

He explained on the Transfer Window Podcast that the youngster is currently on a fairly low wage for his ability, and will be in line for a salary bump when he joins the Blues.

But that wage still won’t be astronomical compared to other players with similar ability throughout the league.

Castles said: “The club believe they have come quite close to agreeing a deal with the player and his representatives regarding a contract.

“Interestingly it’s a contract that would work out way below the figures Chelsea normally pay for a player of his quality in terms of salary and contract. 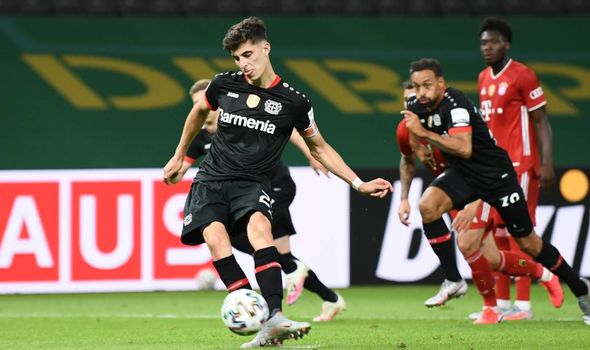 “The player is currently believed to earn around €15,000 per-week, but Chelsea are offering him a much more generous offer of around €60,000 euros.

“Therefore, if they can convince Leverkusen to come down on the fee, [Leverkusen are] currently asking for around £90m, they would get something of a bargain.

“Looking at the recruitment of Timo Werner for around €60m, if it were around that figure then you’d say Chelsea have managed to secure a very, very talented player for a good price.

“And also, they’d get him for a contract fee that would be reasonable in the current climate.”

Chelsea transfer roundup: Havertz ‘agrees deal’ as Blues eye two goalkeepers
Liverpool 'monitoring' Watford winger Ismaila Sarr
Best News
Recent Posts
This website uses cookies to improve your user experience and to provide you with advertisements that are relevant to your interests. By continuing to browse the site you are agreeing to our use of cookies.Ok