Chelsea will reportedly bid for Kai Havertz once the midfielder has played in Saturday’s DFB Pokal final against Bayern Munich. The match could prove to be his final game in a Bayer Leverkusen shirt as he prepares to embark on a new chapter.

The Blues have made the German international one of their top targets ahead of the summer transfer window.

They have already landed Hakim Ziyech and Havertz’s international team-mate Timo Werner but Roman Abramovich is not prepared to stop spending there.

According to The Telegraph, German sources claim Chelsea will make their first offer once Saturday’s match is out of the way.

Leverkusen will want no distractions heading into the contest despite being aware of the interest surrounding Havertz. 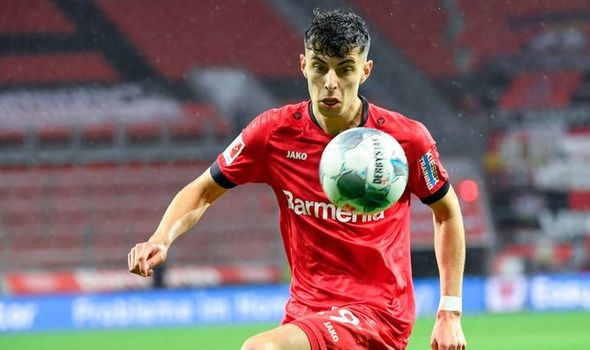 Their Bundesliga season ended in frustrating fashion last weekend when they were denied a top-four finish.

It means the club will not be playing Champions League football next season, something that could push Havertz closer to the exit door.

Chelsea were boosted by the final standings in Germany and it means Leverkusen will be more inclined to sell Havertz at a cheaper price.

Earlier this year, they slapped a £90million valuation on Havertz.

Chelsea are not prepared to pay anywhere near that figure and will start negotiations way below that figure.

Frank Lampard is set to lose both Willian and Pedro at the end of the season.

The wide duo have agreed contract extensions until the end of the season but have struggled to negotiate beyond that.

Pedro has already signed a pre-contract agreement with Roma.

Havertz will bring productivity in the final third having scored 12 times in the Bundesliga this season.

Before the season was completed, former Chelsea and Leverkusen hero Michael Ballack has urged the youngster not to rush his decision. 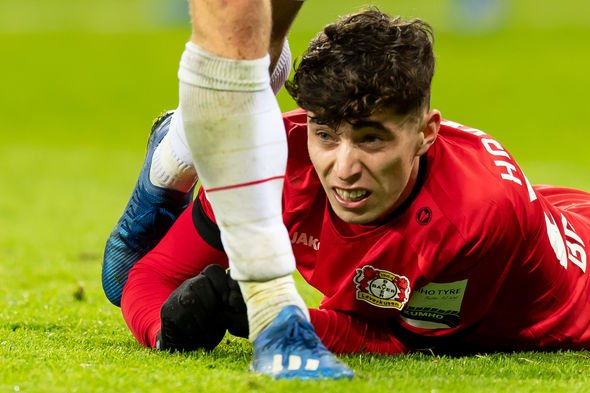 “Players with his quality are in demand everywhere,” Ballack told Bild.

“But I think he’s in good hands in Leverkusen. The conditions there are perfect for young top players and their development.

“Leverkusen also offer a cautious environment, and as a player you can make mistakes without being the focus of criticism. You should appreciate that.

“Of course a player like Kai Havertz has to play in the Champions League, so it would be important for Leverkusen to qualify for it.”

Timo Werner reveals what Antonio Rudiger told him about Chelsea to help seal transfer
Manchester City vs Liverpool team news: Phil Foden and Eric Garcia start for City vs unchanged champions
Best News
Recent Posts
This website uses cookies to improve your user experience and to provide you with advertisements that are relevant to your interests. By continuing to browse the site you are agreeing to our use of cookies.Ok