Chelsea are monitoring Nicolas Tagliafcio as an alternative to Ben Chilwell but reportedly face competition from Barcelona and Atletico Madrid for the Argentina defender. The Blues are looking to upgrade their options at left-back this summer and have a number of targets in mind.

Chilwell is seen as first-choice for Frank Lampard but Leicester have set an asking price of £80million for the England international.

This has forced Chelsea to look elsewhere and identify cheaper alternatives, with Tagliafico standing out as a long-term target.

The 27-year-old impressed during Ajax’s run to the Champions League semi-finals in 2019 while he scored five goals and provided the same number of assists in 38 appearances this term.

Tagliafico is under contract until 2022 but supposedly has an agreement with the Dutch giants that he can leave Amsterdam if a satisfactory offer is tabled. 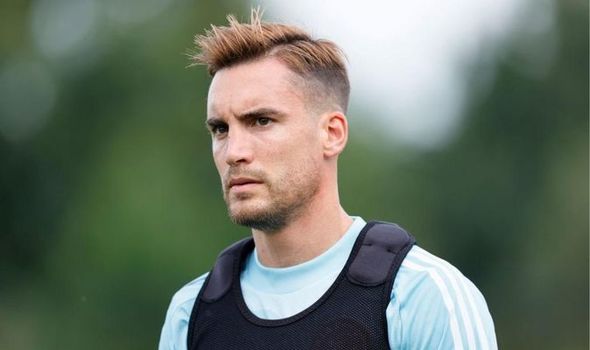 And Sky Sports report that Chelsea have expressed an interest in the experienced full-back as they plan for potentially missing out on Chilwell.

Leicester were initially keen to extract a world record fee for a defender if they have to part with the 23-yer-old, meaning they would want more than the £80m Manchester United paid for Harry Maguire last summer.

Their stance has supposedly softened in recent weeks but their valuation of Chilwell is still a long way off Chelsea’s.

With this in mind, the Blues are keeping tabs on Tagliafico’s situation but they are not the only club in the hunt.

The latest report indicates Barcelona and Atletico Madrid are also keen to bolster their full-back options and see the star’s £22.6m price tag as a bargain.

Meanwhile, Chelsea are also said to be considering Real Madrid youngster Sergio Reguilon who was voted the best left-back in La Liga last season while on loan at Sevilla.

Left-back is not the only area Chelsea are looking to strengthen, with negotiations for attacker Kai Havertz ongoing. 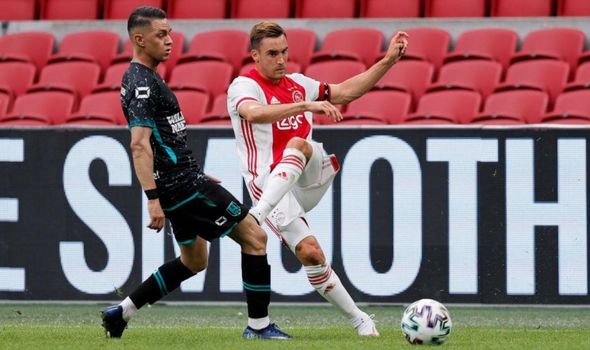 Bayer Leverkusen want £90m for the 21-year-old while Chelsea value the star at around £70m, but a deal is expected after Havertz reportedly agreed personal terms last month.

Manager Frank Lampard has already welcomed Hakim Ziyech and Timo Werner to the club while a new goalkeeper is on the wishlist with Kepa Arrizabalaga expected to depart.

And Chelsea would like a new central defender to shore up their leaky rearguard and have identified West Ham midfielder Declan Rice as a long-term option.

This would involve the Hammers star reverting back to central defence – a position he played in the Blues academy before moving across London and pushing further up the pitch.

If Liverpool beat Man City, there will have been 51-POINT swing

Frank Lampard has £70m Kai Havertz transfer wish as Chelsea eye two more signings
Leeds boss Marcelo Bielsa identifies Ben White transfer alternative with talks underway
Best News
Recent Posts
This website uses cookies to improve your user experience and to provide you with advertisements that are relevant to your interests. By continuing to browse the site you are agreeing to our use of cookies.Ok